"Brigsby Bear" is a powerful, if quaint, allegory about millennials' obsession with pop culture 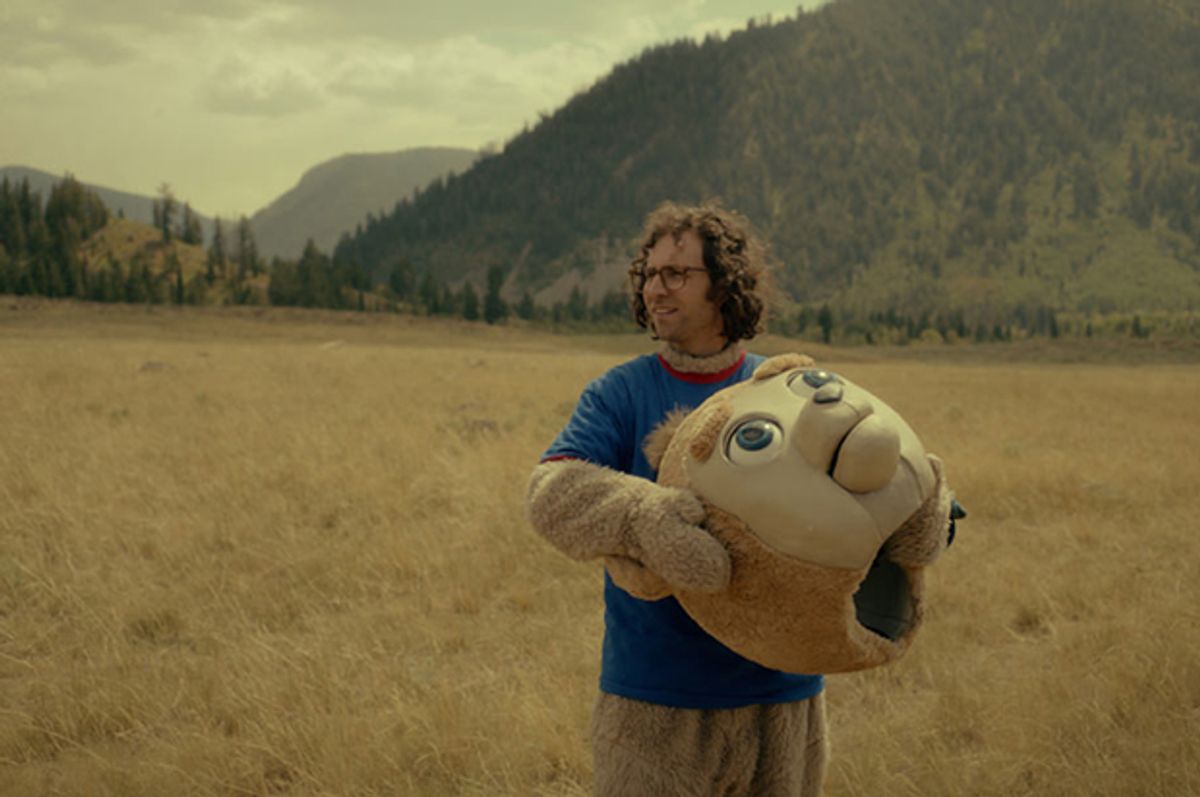 Early reviews for "The Tick" reboot suggest that it is a smart and fun satire of superhero films, which is certainly welcome if not necessarily overdue (last year's "Deadpool" was also a smart and fun superhero satire). Yet it's pretty amazing that, even as "The Tick" is expected to be a hit, there is another outstanding satire of American pop culture that seems to have come and gone without making a dent at the box office — last month's comedy-drama "Brigsby Bear."

"Brigsby Bear" is a funny, oddly touching look at the pros and cons of millennials' tendency to obsess over pop culture. Directed by Dave McCary and starring and co-written by Kyle Mooney, both best known as "Saturday Night Live" alums, it tells the story of a 20-something named James (played by Mooney) who has spent his whole life in an underground shelter completely isolated from the rest of the world. Because he has never known a world other than this shelter and has been told that the outside world is filled with poisonous air, he seems reasonably happy with his existence — particularly because he received weekly installments of a cheesy fantasy/adventure TV show called "Brigsby Bear," with which he is unapologetically obsessed.

It is eventually revealed that James' entire worldview is a lie. When police come to rescue him, he discovers that the people he thought were his parents (played by Mark Hamill and Jane Adams) had actually been his captors, and that "Brigsby Bear" was a fake TV show created by his faux father in order to keep him preoccupied and prevent him from seeking the truth about his existence (one poster for the series includes the motto "Curiosity is an unnatural emotion.") Yet even as James' real parents (Michaela Watkins and Matt Walsh) and therapist (Claire Danes) urge him to try to integrate into the "real" world, the protagonist remains infatuated with his favorite show. He ultimately decides to create his own "Brigsby Bear" movie.

While a lesser movie would have either flat-out condemned or celebrated James' obsession, "Brigsby Bear" is smart enough to take a more nuanced approach. The parallel between James' inability to free himself from the thrall of his favorite show and his past life as an unwitting prisoner (a life with which the TV show is inextricably linked) makes for an obvious metaphor for millennials today who — for reasons that aren't always less rooted in trauma — can't escape from their own favorite pop-culture properties. Although the circumstances surrounding James' "Brigsby Bear" obsession are far more extreme than those applying to most other pop-culture nerds, they manifest themselves in ways that are eerily similar to what we see among many millennials today.

James brings up "Brigsby Bear" in conversation after conversation, using the show as an emotional security blanket to avoid meaningful psychological contact with a world that frightens him. Even when the show's toxic origins are laid out to him in crystal-clear detail, he refuses to acknowledge them, instead embracing the perceived virtues of the "Brigsby Bear" mythos with a quasi-religious zeal. When his parents fret that his fixation on the show is unhealthy, and that it is preventing him from growing into a proper adult, they are 100 percent correct.

At the same time, "Brigsby Bear" also demonstrates how the pop-culture obsessions that confine us can also be the source of our liberation. Once James stops merely consuming episodes of "Brigsby Bear" and decides to create his own original material, he befriends like-minded individuals who have their own creative ambitions and identify with his enthusiasm. In the process of doing so, he acquires skills that can help him pick up a trade as an adult (namely, filmmaking), begins the socialization process, making friends and even reconciling with Hamill's father-turned-captor-turned-prisoner.

It's easy to sneer at millennials for their tendency to obsess over pop culture ("Star Wars," "Star Trek," "Game of Thrones," the Tolkien universe, superheroes both Marvel and DC, you name it); the real problem isn't that they love these things, but rather that they do so unproductively. Once James stops passively absorbing and takes the initiative to produce something of his own, he begins to flourish. The experience is ultimately an empowering one not only for James, but for other people who are open-minded enough to embrace his odd passion born in captivity.

Much like its 1990s animated counterpart, the satirical elements of "the Tick" are more campy and colorful than subtle and poignant. Perhaps that is why fare like "The Tick" and "Deadpool" tend to find passionate audiences in our era while "Brigsby Bear" hasn't seemed to register. It's a shame, since anyone with a taste for well-crafted social commentary — and particularly millennials swept up in our generation's pop-culture-fueled zeitgeist — can gain a lot from watching this film.