Organizers insist that the timing of the memorial was a coincidence, but hired fringe right-wing group as guards 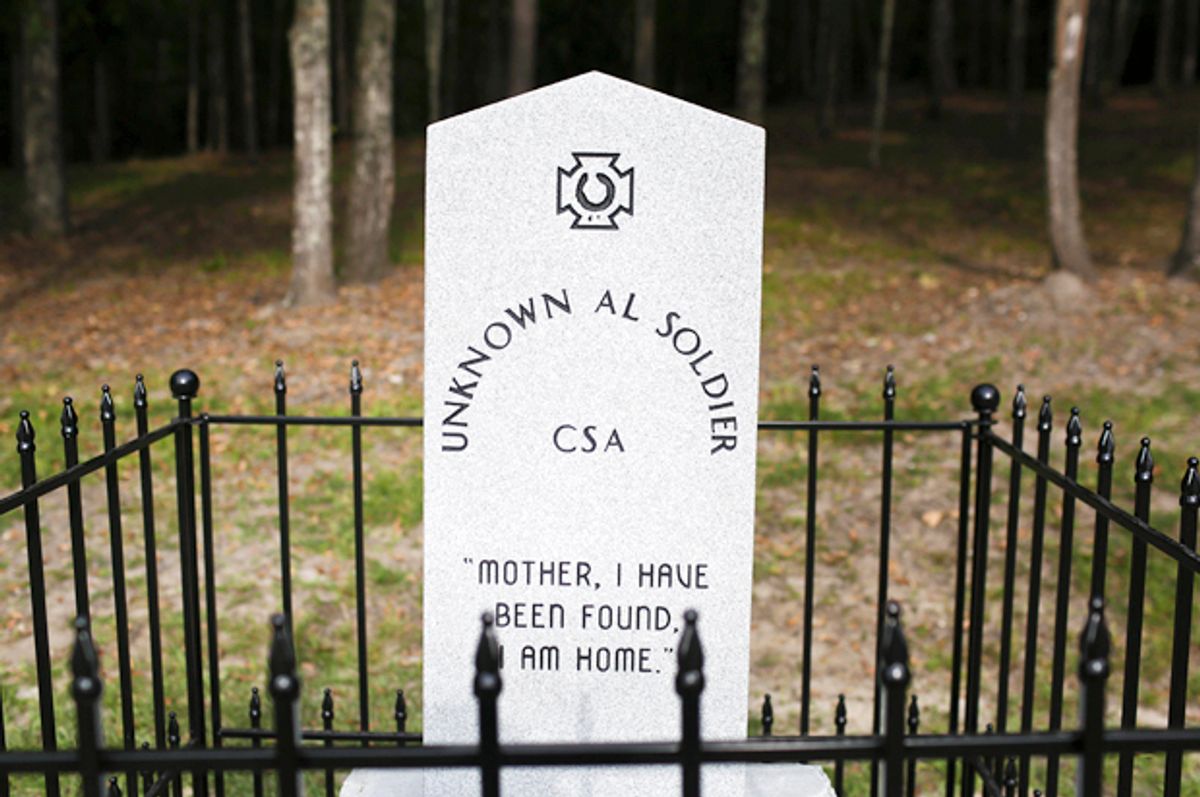 If you thought that the defenders of Confederate memorials were intent on their positions because they wanted to protect historic monuments, guess again.

On Sunday, a group of Confederate sympathizers in Alabama celebrated the erection of a new monument.

A stone marker honoring "unknown Confederate soldiers" was unveiled in Crenshaw County on Sunday, according to a report from Alabama Media Group. The unveiling was announced two days after the violent "Unite the Right" rally in Charlottesville, and many media critics interpreted the decision to build the monument as a reaction to those riots — although the organizers insist that this is not the case.

Jimmy Hill, commander of the Alabama division of the Sons of Confederate Veterans, told Alabama Media Group that they had been "really scrutinized for the past two weeks. This has been in the works for nine months, but because we put it on the website two days after [the Charlottesville clashes], the media put that together."

Similarly, David Coggins, a member of Sons of Confederate Veterans who runs the RV Park and a nearby memorial park, told a crowd of roughly 200 people that they were there "to honor our Confederate dead, to honor our ancestors. That's why I'm in it, that's what it's all about. We should all be proud of our Confederate ancestors."

The notion that their motives were innocent was undercut by the fact that members of The Three Percenters, an extreme right-wing group whose founder's rhetoric has been linked to attempted violence, were present as armed guards throughout the unveiling event.