The president is determined to not repeat the mistakes made by President George W. Bush during Hurricane Katrina 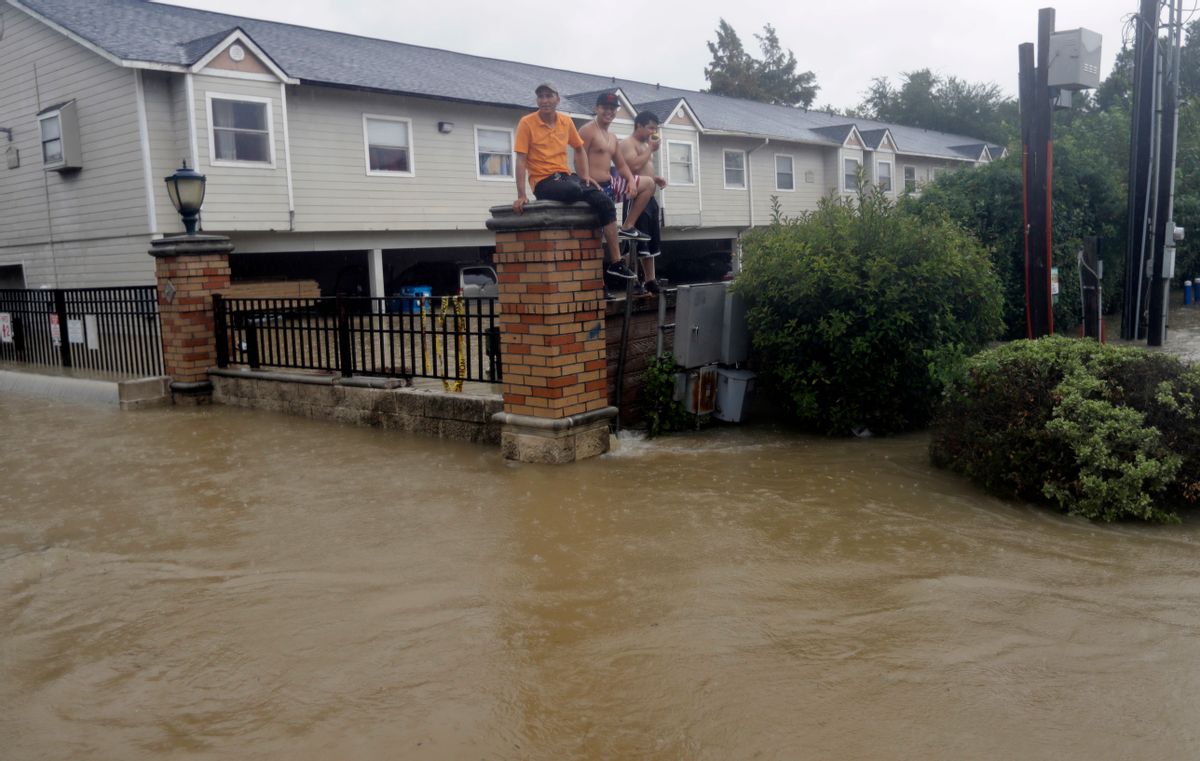 President Donald Trump will visit Texas on Tuesday, even as Hurricane Harvey continues to pound away at the beleaguered state.

This news somewhat contrasts one of the many tweets Trump issued about the natural disaster on Sunday.

In that same flurry of tweets, Trump also engaged in his characteristic hyperbole about the state of affairs in Texas.

The impending trip to Texas, as reported by The New York Times, is tentative, given that the tempestuous weather conditions in the southeastern part of that state add a high level of risk and uncertainty to the logistics of any presidential visit. It is possible that Trump will avoid those issues by visiting a part of the state which is less severely impacted.

At the same time, both Trump and other Republican officials in his administration seem determined to avoid repeating the mistakes of the last president from their party to face a natural disaster of this magnitude. President George W. Bush's popularity as president took a major hit due to what was widely perceived as a poor response to Hurricane Katrina, and Trump has been sending out tweets that showcase what his administration is trying to depict as an active, competent and effective response.

Certainly the Trump administration is aware of the severity of the storm. As Trump's FEMA administrator Brock Long told CNN, "This disaster’s going to be a landmark event. This is a storm that the United States has not seen yet."

"I know for a fact this is the worst flood Houston has ever experienced," Weather Service meteorologist Patrick Blood told the Houston Chronicle.

Of course, what will ultimately determine whether Trump's actions during Hurricane Harvey are politically effective is if he can reach the standard established by President Lyndon Johnson during Hurricane Betsy in 1965. As he told Buford Ellington, his director of emergency planning, that hurricane's victims in Louisiana "feel like nobody cares about them, and they voted against us, and they feel like they're kind of on the outside. I feel about them like a 17-year-old girl; I want them to know they're loved."