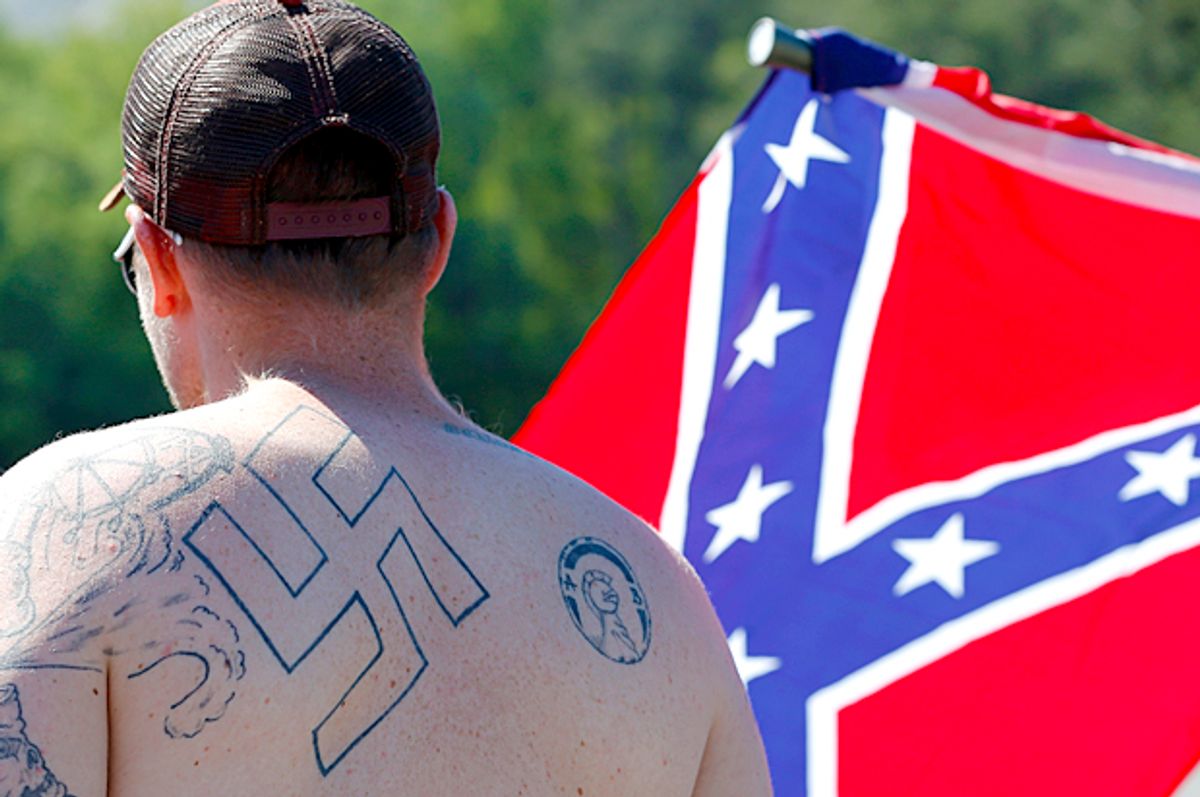 Stormfront, the oldest neo-Nazi and white nationalist website on the English-speaking internet, has now become the second far right website to be blocked by its web domain registrar, Network Solutions, from being accessed by the public.

The action appears to have been taken at the instigation of the left-leaning Lawyers Committee for Civil Rights under its Stop Hate Project which lodged a complaint about Stormfront to Network Solutions on Aug. 22.

According to the Internet Corporation for Assigned Names and Numbers, the organization which administers all web domains, Network Solutions blocked Stormfront's domain on Friday at 1:00 a.m. Eastern Time. The site's registration has been put on hold by the registrar. According to ICANN, this hold status is "uncommon" and "is usually enacted during legal disputes, non-payment, or when your domain is subject to deletion."

On Saturday, the Lawyers Committee tweeted that it was "pleased" that the stormfront.org domain had been suspended:

In operation since 1990 as a bulletin board and 1995 as a web forum, Stormfront claimed to have over 300,000 registered members. The site's owner, former Ku Klux Klan leader Don Black, is officially opposed to violence, but several of his members have been linked to various murders.

Stormfront has become the second major neo-Nazi website to find itself blocked from its web domain in recent weeks after a-fascist allegedly struck and killed a counter-protester at a white nationalist rally in Charlottesville, Virginia. The Daily Stormer, the most popular neo-Nazi website, has found itself banned by multiple registrars including GoDaddy, Google, Namecheap as well as by the network security service Cloudflare.

Andrew Anglin, the owner of the Daily Stormer, expressed alarm on his site at what he said was a deliberate and large-scale effort to censor right-wing extremist websites via domain seizure:

We are under a full-on assault.

And there is an intelligence operation being run on us. We need to be aware of this, we need to act with knowledge of it, and we need to understand that the number one thing that they want to do is turn us against one another.

Sites are now going to start dropping like flies. And this is because there wasn’t a significant enough rally around Daily Stormer. I think people within the movement did rally around us, but others within the larger right-wing did not. . . .

I think some people are maybe in denial about what is happening right now. This is a huge move to simply silence us, completely. Hopefully, we can get enough attention that we can force the government to intervene, and begin regulating ICANN like they did before Obama gave it away in October of last year.

The practice of blocking white nationalist domain names has come under attack from some free speech advocates as well.

“Protecting free speech is not something we do because we agree with all of the speech that gets protected," three executives with the Electronic Frontier Foundation wrote in an Aug. 17 essay. "We do it because we believe that no one — not the government and not private commercial enterprises — should decide who gets to speak and who doesn’t.”