A battlefield for an endless American war 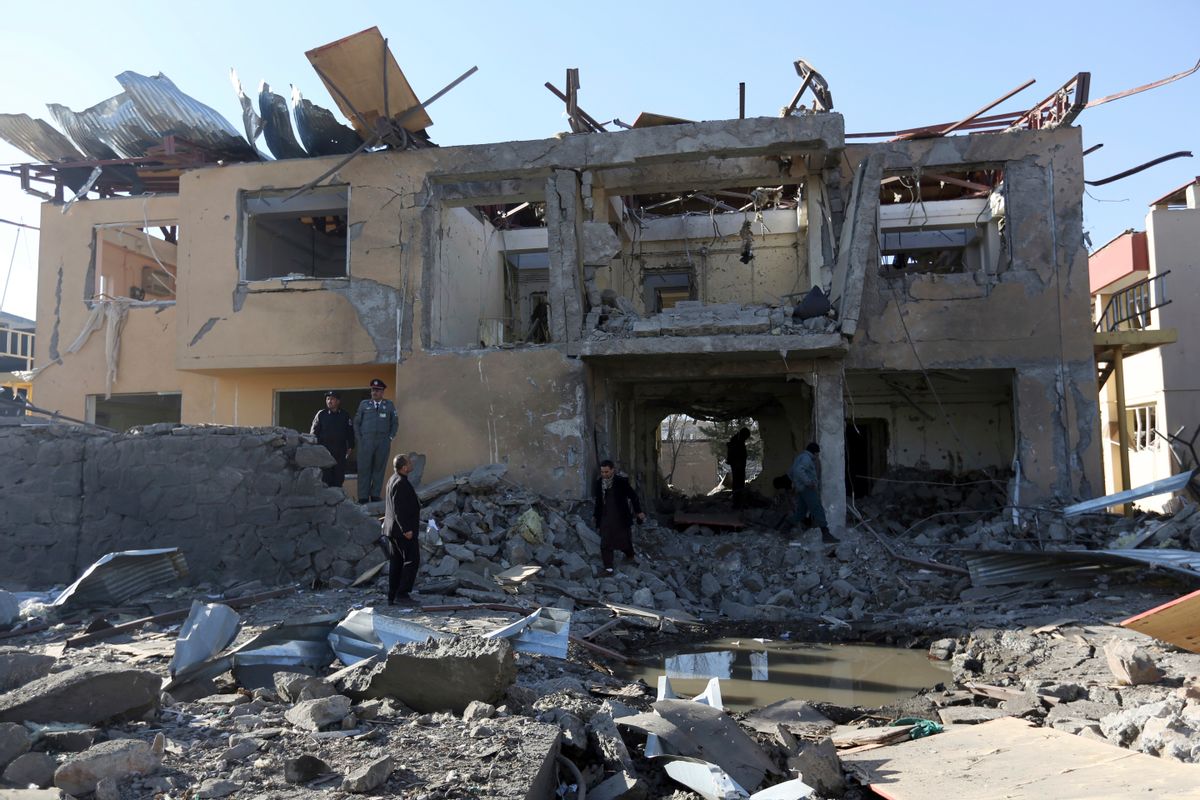 On August 21, President Donald Trump announced that he plans to send more thousands of U.S. troops to Afghanistan to extend the American war that began in 2001. The speech Trump gave has no details, only a tweetable line: ‘We are not nation-building again. We are killing terrorists.’

Three days later, Trump’s senior general in Afghanistan, John Nicholson, said that the United States military would crush ISIS in Afghanistan. The Taliban, General Nicholson said, should come to the negotiation table, while the U.S. would expand its attack on ISIS and al-Qaeda. It is therefore reasonable to assume that when Trump said he wants the U.S. military to kill terrorists, he meant ISIS and al-Qaeda, not the Taliban.

The U.S. currently has as many as 12,000 troops in Afghanistan, most of whom provide various kinds of support to the Afghan National Army. The Afghan Army suffers from poor morale as a consequence of erratic pay, poor logistics and an unclear mandate. Its war against the Taliban has been fruitless, as the Taliban’s legions have control now over about half of Afghanistan’s districts. The Taliban is so confident of its strength that in May it released a report showing that it fully controls 34 districts and 16 of Afghanistan’s 34 provinces.

In late July, the Taliban pushed the Afghan National Army out of Faryab, Ghor and Paktia. These areas are in Afghanistan’s northwest, center and southeast, proving that the Taliban is able to dominate areas far outside what had been assumed to be its base in the southern half of the country. A few days ago, Taliban fighters seized Sari Pul province’s Sayad district and more of Faryab province. The Afghan National Army will soon be the Kabul Army if this rate of expansion by the Taliban continues.

Rumors that the Taliban has collaborated with ISIS in some parts of the country have been denied by Taliban commanders. They would like to maintain some distance between themselves and ISIS, which has now become a central target for the U.S. forces.

Weakly positioned in Afghanistan, ISIS is restricted largely to Nangarhar province, where the U.S. had previously dropped the "Mother of All Bombs." A key report from the United Nations on August 7 showed that ISIS in Afghanistan is not a viable threat. ‘Despite its recruitment efforts over the past three years,’ the U.N. Analytical Support and Sanctions Monitoring Team noted, ‘the group has not yet established a viable fighting force there.’

The upsurge of the Taliban has nothing to do with the presence of ISIS in Afghanistan. It does, however, have a great deal to do with the entry of al-Qaeda fighters of various stripes from Pakistan into its ranks. But even al-Qaeda is not central to the Taliban’s surge.

That surge can only be explained by the slow desiccation of the Afghan government in Kabul. Despite billions of dollars of aid, Afghanistan has one of the lowest literacy rates in the world (31%) and half of Afghanistan’s children are stunted with a third of the population suffering from food insecurity.

The collapse of humane aspirations for the Afghan people certainly fuels the insurgency and the violence, making it harder to build state and social institutions to tackle these key problems, which once more fuels the war. This cycle of chaos could only be ended if regional powers agreed to freeze their interventions in Afghanistan and if the Afghan state would be able to robustly build up the infrastructure to feed and educate its citizens.

Trump’s comment that he is against ‘nation-building’ shows how little he understands war, for the only antidote to this endless American war in Afghanistan is for the people to reconcile around a believable mandate for human development rather than violence and corruption. No such agenda is on the table.

Late in July, before Trump made his recent announcement, one of Afghanistan’s most hardened leaders, Gulbuddin Hekmatyar, held a press conference in his home in Kabul. Hekmatyar, who was a key CIA and Pakistani ally in the 1970s and '80s, said that ‘neither the Afghan government nor foreign troops can win the war. This war has no winner.' This is remarkable coming from Hekmatyar, who was known as the ‘Butcher of Kabul’ for his role in the siege of that city after the Soviet troops left Afghanistan (more Afghans died in that civil war than in the mujahideen’s war against the communist government and their Soviet ally). He has called for negotiations between the Kabul government and the Taliban.

U.S. General Nicholson painted the Taliban as ‘a criminal organization, more interested in profits from drugs, kidnapping, murder for hire,’ but nonetheless called upon them to join a peace process. It is clear that whatever the U.S. thinks of the Taliban, they have positioned themselves to be a major political force in Afghanistan in the near future. This is why Nicholson and Trump have begun to distinguish between the Taliban (which should be in a peace process) and ISIS/al-Qaeda (which have to be destroyed). That al-Qaeda is now a key ally of the Taliban should sully this simplistic thinking. But it has not.

Negotiations seem far off in Afghanistan. The Taliban is well positioned to increase its bargaining power as its legions expand across the country. Surrendered Taliban leader Zangal Pacha (Amir Khan) recently left the fight in Nangarhar province with six fighters. He said that a foreign intelligence service — most likely that of Pakistan — has been egging the Taliban onwards to take more territory. Attacks on tribal elders and public welfare projects are being urged, largely to squeeze Kabul’s hold on the provinces and to strengthen the Taliban’s claim to being the natural rulers of Afghanistan. Pakistan has long wanted a friendly government in Kabul and it has seen the Taliban as its instrument. Whether the U.S. will once more turn a blind eye to al-Qaeda’s role in the Taliban is to be seen. History does repeat itself, particularly when it comes to geopolitical hypocrisy.

Meanwhile, violence continues to rattle Kabul. On August 24, a magnetic bomb in a land cruiser exploded in Sarai Shamail, wounding one person. Other stories interrupt this constant theme of Afghanistan and war. In Paktia’s Mirzakai district, tribal leaders have for years signed agreements to prevent the Taliban from entering their area. On the same day as the bomb blast, the leaders pledged to fine those who collaborate with the Taliban one million Afghanis ($15,000) and to ‘oust them from the district,’ said Khan Mangal.

Trump needs to attend to the tribal leaders of Mirzakai — people such as Khan Mangal, Haji Halim and Enzir Gul as well as women leaders such as Halima Ehsas, Halima Khazan, Dr. Nazdana Paktiawal and Feroza. But he does not know that they exist. For Trump, Afghanistan is not a place. It is merely a battlefield for an endless American war.