What upset Donald Trump about his Phoenix rally? The crowd size 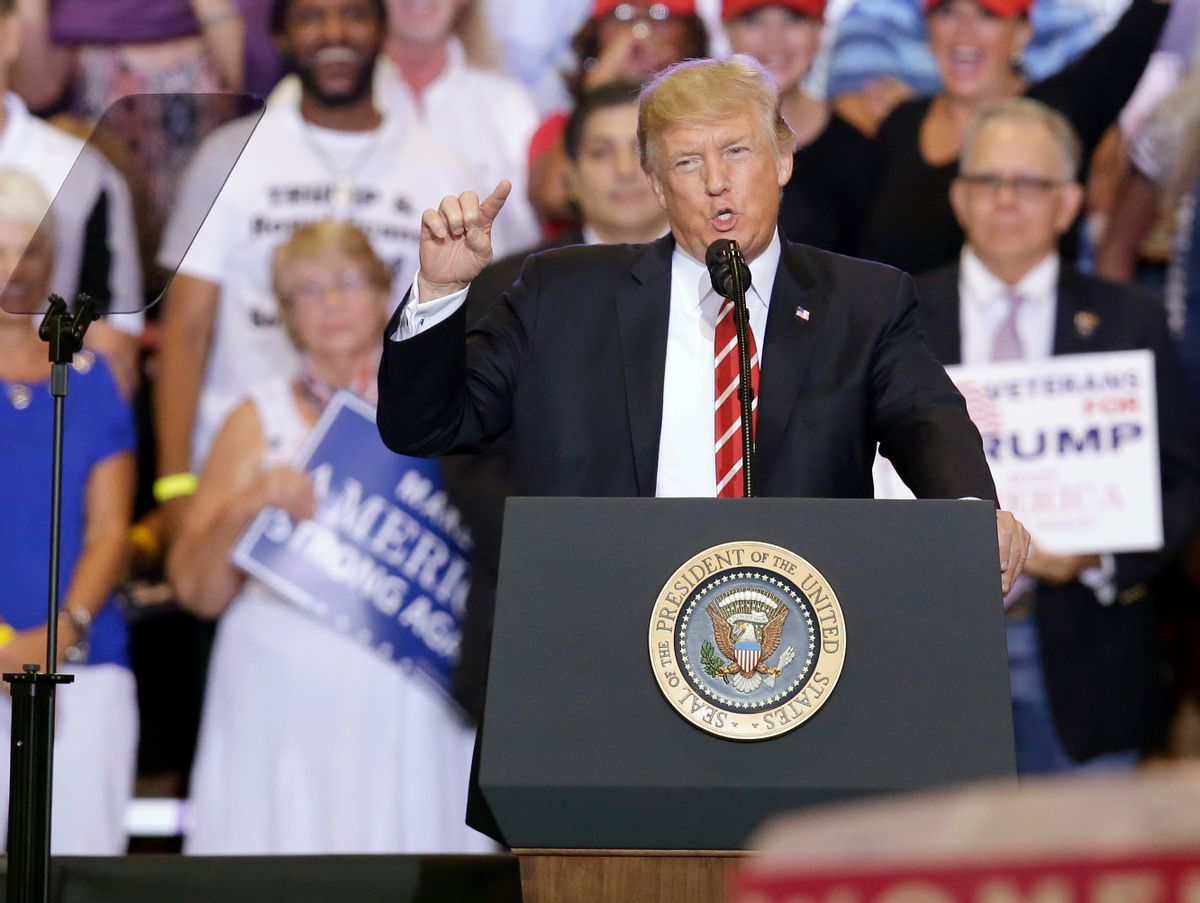 After being displeased with the turnout for his speech in Phoenix, President Donald Trump told a longtime aide that he would never manage another one of his rallies.

George Gigicos was the former White House scheduling and advance director but had organized Trump's Phoenix rally in his capacity as a Republican National Committee contractor, according to a report by Bloomberg. Trump was upset at Gigicos because TV reports showed that the Phoenix Convention Center, where the rally was being held, was less than full. As a result, Trump instructed his top security aide Keith Schiller to let Gigicos know that he would never again manage one of the president's rallies.

When it came to his Phoenix rally, he boasted during a Monday White House news conference with Finnish president Sauli Niinisto about the crowd size, "you saw the massive crowd we had." But reports suggested the speech wasn't the barn-burner he remembered. As The Washington Post reported last week:

Instead, Trump spent the first three minutes of his speech — which would drag on for 75 minutes — marveling at his crowd size, claiming that “there aren't too many people outside protesting,” predicting that the media would not broadcast shots of his “rather incredible” crowd and reminiscing about how he was “center stage, almost from day one, in the debates" . . .

But as the night dragged on, many in the crowd lost interest in what the president was saying.

Hundreds left early, while others plopped down on the ground, scrolled through their social media feeds or started up a conversation with their neighbors. After waiting for hours in 107-degree heat to get into the rally hall — where their water bottles were confiscated by security — people were tired and dehydrated and the president just wasn't keeping their attention. Although Trump has long been the master of reading the mood of a room and quickly adjusting his message to satisfy as many of his fans as possible, his rage seemed to cloud his senses.

The Phoenix police department is responding to criticisms that it was too harsh with protesters by insisting that video shows the protesters throwing objects at them first, according to a report by a local ABC affiliate. Phoenix police spokesman Sergeant Jonathan Howard told ABC News that "there is definitely video of people throwing things at the officers before any force was applied."

Howard added that "multiple videos exist from a variety of angles" and that the department will release the footage as soon as realistically possible.