Apparently, choosing a woman to take over for Travis Kalanick might have caused a scandal . . . somehow 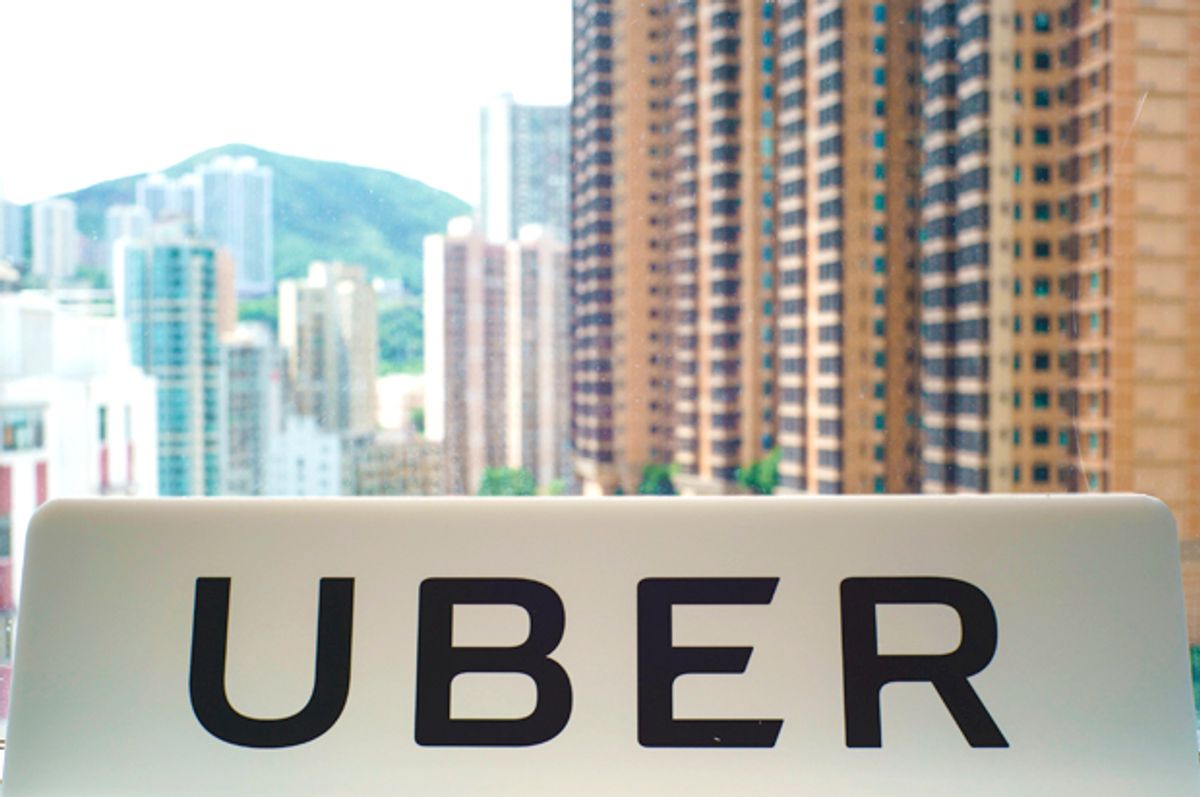 After months of tumult and the ouster of its founding CEO Travis Kalanick, Uber has hired former Expedia head Dara Khosrowshahi to take over the reigns at the now-troubled ride-sharing service.

Though Khosrowshahi, who starts his tenure this week, faces various uphill battles — legal challenges across the globe, a fight with Google over self-driving car software, a possibly broken revenue model and persisting accusations and image problems associated with the company's past institutional sexism — his hiring should be a good thing. As many have noted, Khosrowshahi's rare experience and apparent sensitivity to questions of inclusion may make him qualified to fill Silicon Valley's hottest seat.

Wouldn't it be enough to simply taut Khosrowshahi's various upsides, cross your fingers and hope for the best over the coming months and years?

For Fortune though, it was not.

In an article titled "Why Uber Was Right Not to Hire a Female CEO," writer Deb Gabor — a woman herself — engaged in a moment of counterintuitive argument that somewhat underlines hollowness of the Pollyannaish nature of the business-journalism take machine while painting herself into a sexist corner.

Gabor, herself a good writer, spends the majority of the article praising Khosrowshahi's experience and qualifications — and she should! She's smart to soft-peddle or reject the sort of corporate cheerleading and Great man theory takeage familiar to those who read Forbes, Fortune, Fast Company, the Wall Street Journal, Recode and the like.

She also embraces a little bit of Silicon Valley's messianic self-regard and its toxic, elitist, Randian notion that special, singular men working at special, singular companies can change the world and us worker bees should be profoundly grateful to them — but, again, with a doubter's voice.

To Gabor's defense, she's laboring in the same, sad ecosystem that produced pieces pitching Kalanick's firing/resignation as proof of his leadership qualities and offered listicles of ways you — yes, you — can implement those lessons into your own management style. Overall, she deserves credit and leeway for most of what she does here.

But, but, but, read for yourself:

Hiring a woman for Uber’s top job could have made the company telegraph an enlightened and transformed brand image, but such a move could have just as easily backfired by appearing insincere and banal. Uber didn’t need to add one more potential scandal to an already lengthy list.

That's right, Uber shouldn't have hired a woman because it could have, might have, maybe produced a scandal. Gabor goes on to discuss the branding implications here, but she's already well torpedoed herself by then.

Really, it's unclear as to how to absorb this (and the nasty headline above it that Gabor probably didn't write). Is the concern here that feminist advocates would have slammed the hiring of a woman CEO as a hollow PR gesture? Would the objectors here be some of Silicon Valley's many men who doubt the equal capacities of their woman peers? Is it the press Gabor imagines would have a field day with this? It's hard to say.

What is clear is that if Uber, in searching for the most qualified CEO, found a woman to take on that role, it would only be recalcitrant, dyed-in-the-wool trolls from either side of the coin that would have any problem with it. Here, Gabor is putting the problems of the world, the perceptions factions within in may have about the hiring of qualified women, on the shoulders of the women hired.

It is not, and should not be, the job of women to counteract the false narratives people have about them and fear that those false narratives could somehow surface should never disqualify a woman for a job she can otherwise handle. In this case, Gabor says it should have.

This is not, in many ways, different than the idea that gay athletes shouldn't be on pro sports teams because of the "questions" they might cause in the locker room or the "attention" it might attract in the media. If the guy can win, it will eventually matter little to his teammates or the media who he curls up in bed with. Making decisions based on what biased persons might say privileges the voices of the bigoted over the voices of the inclusive, a path that functionally makes organizations and leaders no different from the racists, homophobes or sexists they fear to upset.

Moreover, equating Uber's past "scandals" — the rampant sexism within it, the spendthrift, pointless projects of Kalanick, the cavalier attitude with which the management treated both drivers and customers — with the fallout that might, may, possibly happen if the company hired a female CEO demonstrates just far gone this piece is. Housing sexual harassment and pissing on riders and workers alike is in no way similar to hiring a woman.

Gabor is right, Khosrowshahi is may be one of the best candidates to, as she says, "to extinguish the raging dumpster fire at Uber." But the ideas that he was a "compromise" candidate by being a man, that there is always one singular, Universe-ordained "right" person for a role and that a woman should be passed over for any reason that has to do with her sex are some of the very notions that got Uber into this mess in the first place.

That Fortune published this piece with that headline and allowed men in business everywhere to nod in agreement with these bankrupt theories — theories that could retard not only equality but the elevation of the most qualified candidates to the highest posts — is harmful. After all, the business-journalism machine is as much a guide for leadership as the GOOP machine is a guide to wellness.