Chemical plant explodes in Texas, adding to the dangerous recovery

Local officials have set up a 1.5 mile-wide perimeter, as the plant plans on letting the fire "burn itself out" 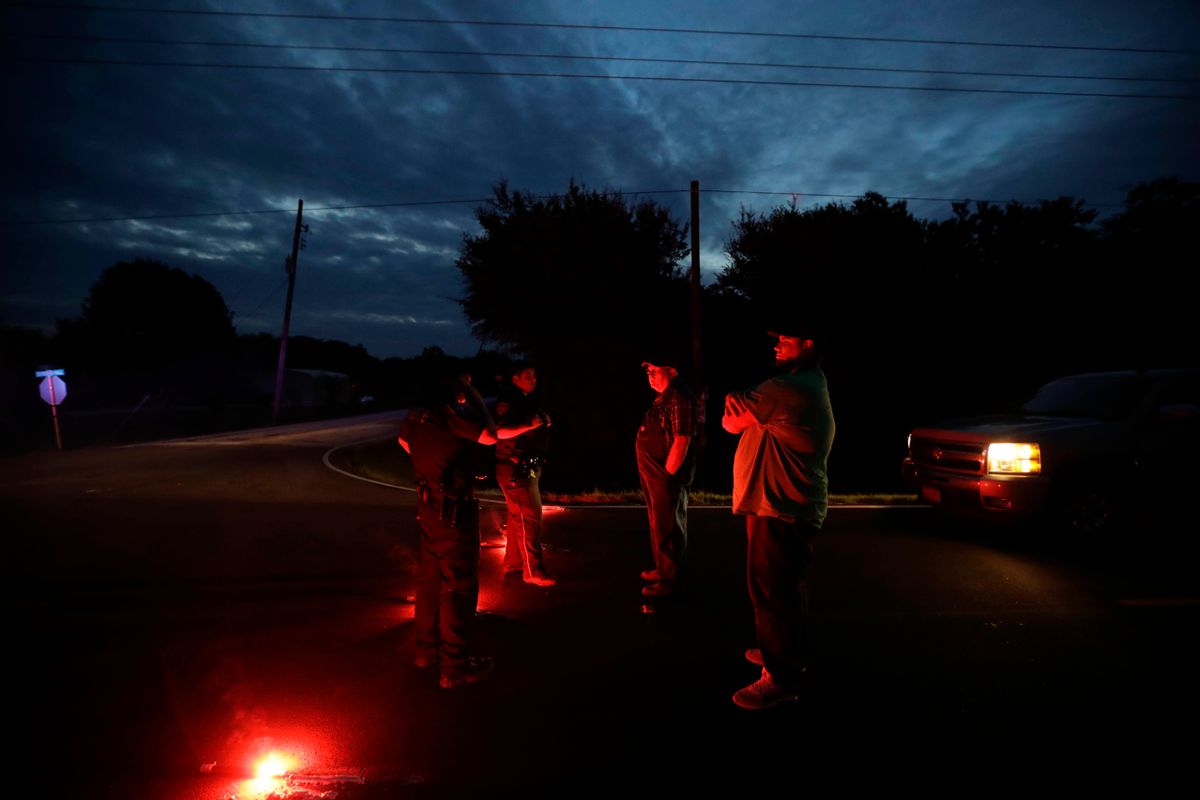 A chemical plant in southeast Texas exploded twice early Thursday morning, causing a fire that officials plan to let "burn itself out," NBC News is reporting. The explosion comes after the region was battered with floods for days following Hurricane Harvey's landfall.

Arkema Inc., a French based company, announced that its plant in Crosby suffered an incident in which chemicals were released. According to Arkema's press release, local officials established a 1.5-mile evacuation zone around the facilities.

"We want local residents to be aware that product is stored in multiple locations on the site, and a threat of additional explosion remains," the statement said. "We have been working closely with public officials to manage the implications of this situation."

"As agreed with public officials, the best course of action is to let the fire burn itself out," the statement added.

Arkema spokesman Jeff Carr said the chemicals being released into the air are not dangerous to people, though it could have the effects of a large campfire, NBC News reported.

Arkema said that the plant went through its hurricane protocol before Hurricane Harvey made landfall, but the unprecedented flooding overwhelmed primary power and two sources of emergency backup power, resulting in a lost of critical refrigeration.

Harris County Sheriff Ed Gonzalez said that "it wasn't an explosion, I want to be very clear. It was not an explosion," according to NPR. But Arkema has described the incident as just that.

The incident is just another setback in southeast Texas, which has faced one of the largest disasters in U.S. history. Beyond the damage to homes, businesses, schools and infrastructure, eight oil refineries — about one-eighth of the nation's refining capacity — were also shut down.

Throughout southeast Texas people have evacuated to nearby shelters due to the flooding caused by Hurricane Harvey. Fortunately, some of those that have been displaced have witnessed true kindness and charity.