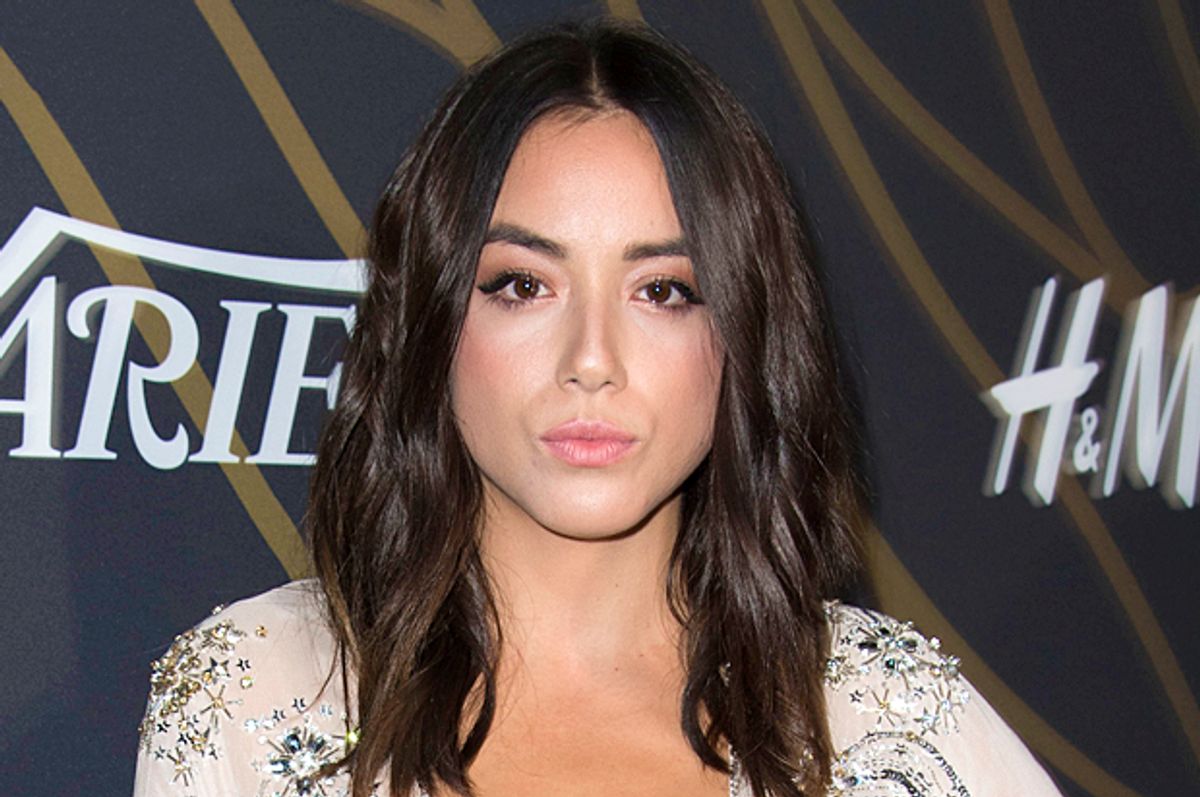 The burden to "fix" racism does not fall on the very people it marginalizes. But it appears some people have forgotten this, as Asian-American actor Chloe Bennet — who currently plays Daisy Johnson in "Marvel's Agents of S.H.I.E.L.D." — found herself on the defensive for changing her surname.

Recently, actor Ed Skrein publicly bailed out of his role as Major in "Hellboy," a character that was originally written as Asian-American, in the comic book series the film is based on. Skrein posted his explanation to Instagram on Monday, which Bennet then reposted to praise his decision and outspokenness:

DAMN, that's a man. Thank you @edskrein for standing up against hollywoods continuous insensitivity and flippant behavior towards the Asian American community. There is no way this decision came lightly on your part, so thank you for your bravery and genuinely impactful step forward. I hope this inspires other actors/film makers to do the same.👏🏼👏🏼👏🏼--Also, dayum cute af AND a pioneer for social injustice?! Fellas, take note. That's how it's done.

Bennet, who has both Chinese and white parents and a diverse family of adopted siblings, has worked professionally in both China and America. Born Chloé Wang, Bennet changed her name for her career as an actor and singer, a fact one Twitter user employed as an opportunity to challenge Bennett's authority to speak on Asian representation in Hollywood.

The comment has since been deleted, but Bennet's response was an honest one and a revealing lesson about the effects of systematic racism within the entertainment industry.

@xerrine changing my last name doesn't change the fact that my BLOOD is half Chinese, that I lived in China, speak Mandarin, or that I was culturally raised both American and Chinese. It means I had to pay my rent, and hollywood is racist and wouldn't cast me with my last name that made them uncomfortable. I'm doing everything I can, with the platform I have, to make sure no one has to change their name again, just so they can get work. So kindly love, fuck off.

Other celebrities used their social media accounts to show support for Bennett and her honest and epic response:

Hopefully this is the last time Bennet's name change is brought up as a way to discredit her opinions on the Asian-American experience, but will rather inspire upcoming actors to maintain their Asian names and hiring producers to accept them.