The controversial sheriff has a long history of abusing his power, and was an early supporter of President Trump 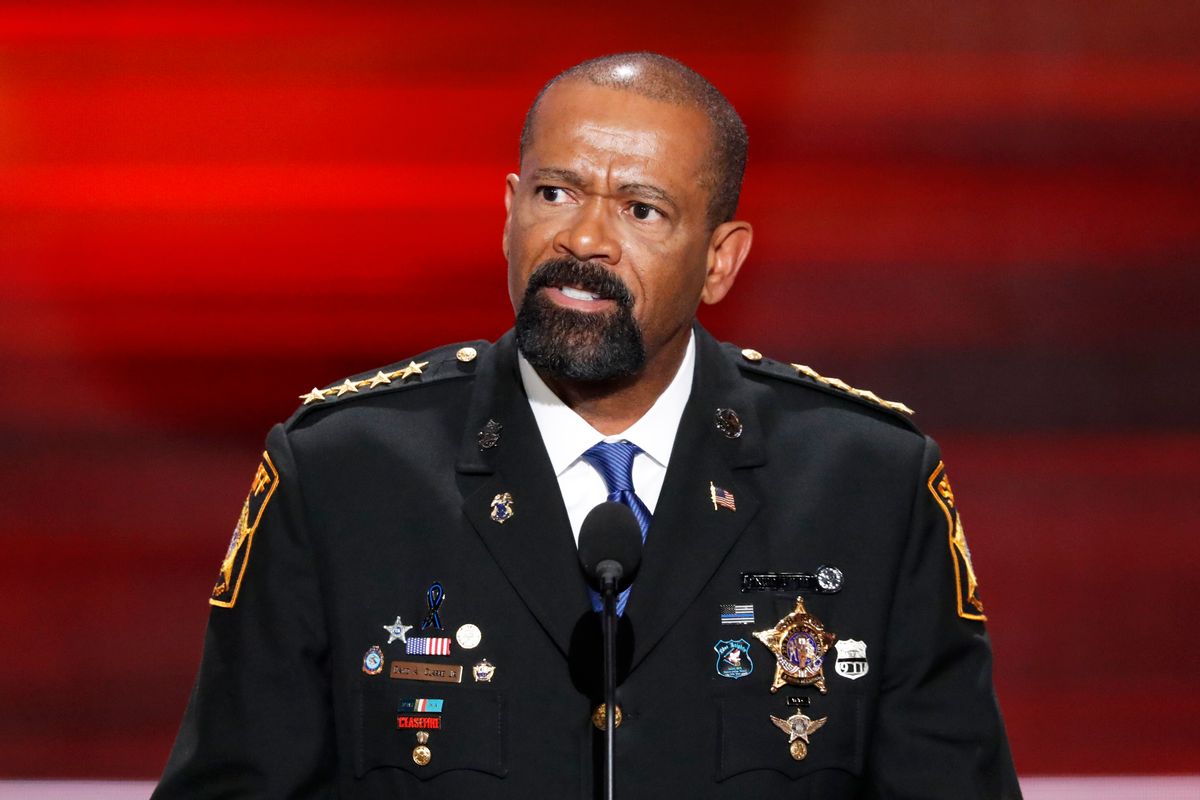 On Thursday afternoon, David Clarke resigned as the sheriff of Milwaukee County, Wisconsin.

The resignation was turned in to Milwaukee County Clerk George L. Christenson at 3:16 p.m. local time, according to BuzzFeed News.

Clarke was an early and outspoken supporter of President Donald Trump, and at one point he looked poised to join the administration:  Clarke announced on a radio program in May that he was offered a position as an assistant secretary in the Department of Homeland Security (DHS), BuzzFeed reported. Clarke ultimately rescinded his name as a potential candidate. However, DHS officials have said that Clarke was never offered any job.

Clarke, whose authoritarian positions put him in the same ideological camp as Maricopa County, Arizona's disgraced ex-sheriff Joe Arpaio, has a long and controversial history of abuse of power. Clarke was an outspoken provocateur that vociferously defended law enforcement, even in the face of opaque police misconduct.

A former Milwaukee County inmate was recently awarded $6.7 million after she claimed she was repeatedly raped by a guard and, later, shackled to her hospital bed during childbirth — an incident that occurred during Clarke's reign as sheriff. (Similarly, Sheriff Arpaio reportedly forced imprisoned women to give birth in shackles in Maricopa County.)

In another alarming incident, Clarke was on a commercial flight when a fellow passenger asked if he was in fact the well-known sheriff; Clarke had him detained after the plane landed. During the flight, Clarke wasn't wearing his usual outfit, a military uniform adorned with assorted medals — medals which one army veteran pointed out violated military uniform code, and included many "novelty pins."

Clarke has blasted the Black Lives Matter movement and claimed that they are responsible for creating a culture of violence and poverty in black communities.

CBS reported that Clarke's resignation letter did not contain a reason for his departure from the department. It's not currently clear if he will seek a job with the Trump administration in the future.