Donald Trump is one of the biggest threats facing humankind: 50 Nobel laureates on what keeps them up at night

Trump is a major threat to humanity, according to some of the smartest people in the world 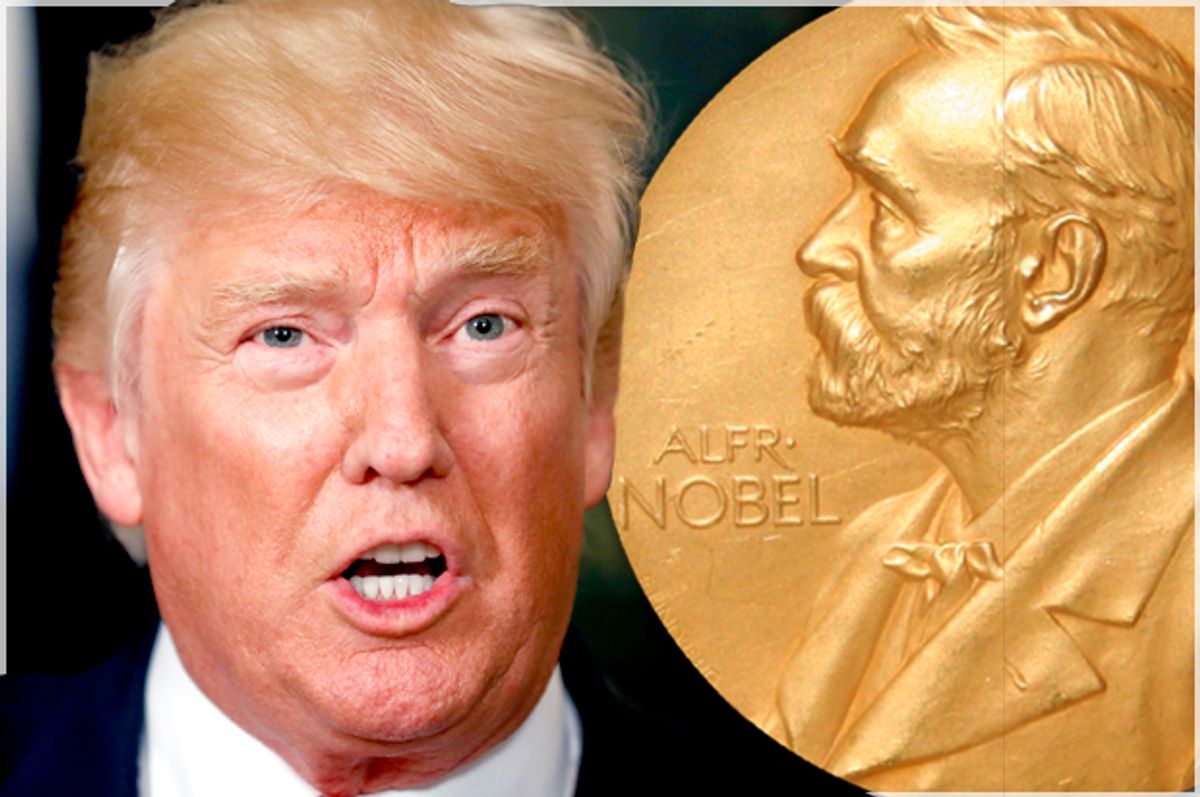 In a survey that solicited the views of almost one-fourth of all living Nobel Prize winners, Times Higher Education discovered that many felt President Donald Trump was among the greatest existing threats to humanity.

The editor of Times Higher Education, John Gill, explained that "this survey offers a unique insight into the issues that keep the world’s greatest scientific minds awake at night." While Gill noted that "some of the threats they identify are predictable: nuclear war, antibiotic resistance and environmental degradation all feature," several respondents complained of “warmonger dictators” and specifically expressed concern over the escalation of tensions between Trump's administration and North Korea:

Almost a quarter (23 per cent) of respondents labelled nuclear war as the gravest threat to humankind, while six per cent cited ‘ignorance and the distortion of truth’ and another six per cent cited the ignorance of political leaders – with two laureates naming Donald Trump specifically among the greatest threats.

One winner in the Nobel Prize in Chemistry, John Agre, told Times Higher Education that "Trump could play a villain in a Batman movie – everything he does is wicked or selfish." The professor at Johns Hopkins University added that it was a particular concern that Trump “flaunts his ignorance” to appeal to Americans who are happy to dismiss the opinions of scientists.

It has been evident prior to this survey that Trump is tremendously unpopular among Nobel Laureates. 51 signed a protest against Trump's attempted Muslim ban back in February, along with more than 20,000 verified American faculty members. By contrast, President Barack Obama was awarded the Nobel Peace Prize in 2009, a distinction shared by only three other presidents (Theodore Roosevelt, Woodrow Wilson and Jimmy Carter).