Using his very temporary office, the major of the perfectly named burg of Hell took a satirical stand against Trump 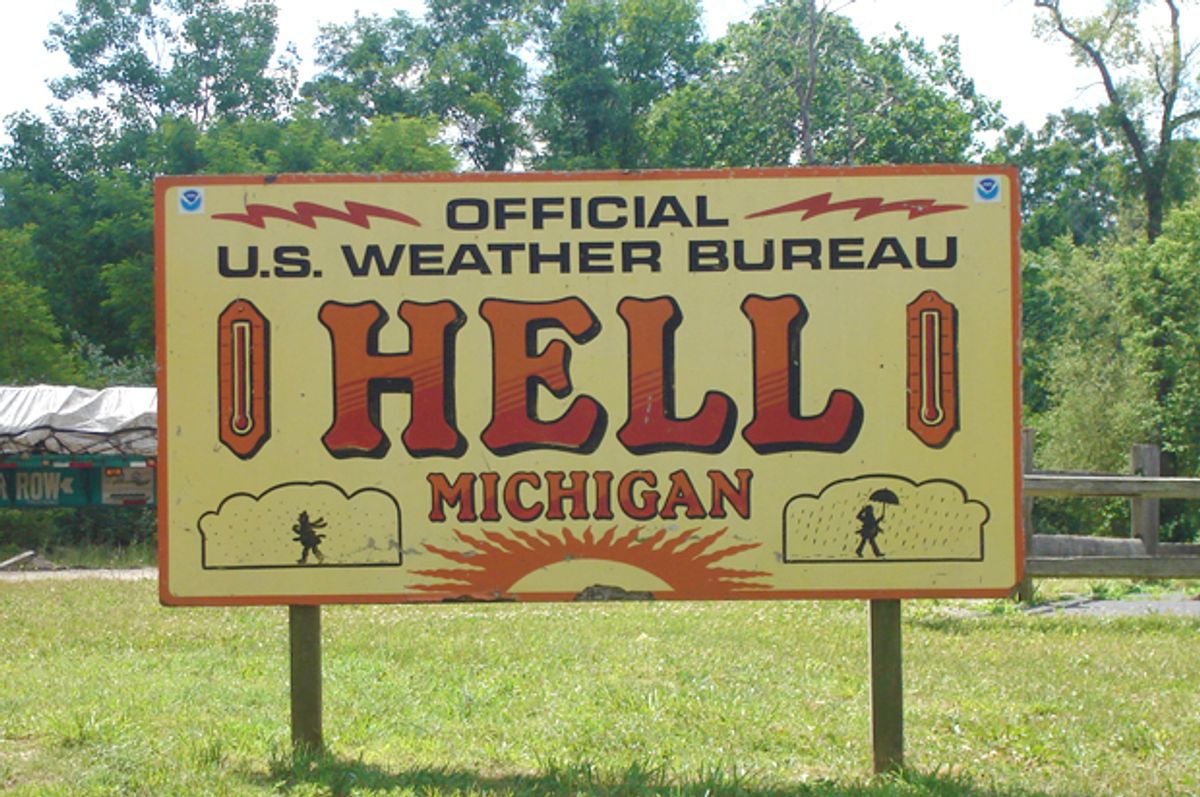 "I was looking for a town willing to make me mayor," Daniel told HuffPost. "They’ll do it in Hell for $100, so I caught a red-eye to Michigan and got sworn in." Handily done.

It was almost immediately after his inauguration, however, that problems arose. Daniel took it upon himself to declare via social media that heterosexuality and practicing heterosexuals were banned from the burg, in a move that was clearly satirical, perhaps meant in jest and fully unenforceable.

The entire text of the proclamation -- which suggests that heterosexuals living in Hell would have to pay an "$84,000 precautionary procreation deposit," offers "heterosexual reparative therapy" demands that all non-conforming heterosexuals wear a scarlet "H" and cargo shorts to daily, and mandates straight-shaming ceremonies -- is available below and absolutely worth a read:

As Daniel told HuffPost "My ban is a copy-and-paste of Trump’s Muslim ban, but with heterosexuals instead." Indeed, some aspects of the proclamation, and certainly its spirit, closely mirror the president's controversial and still only partially implemented March executive order that briefly limited immigrants and visitors from seven Muslim-majority nations from entering the United States. Much like Trump's executive order, Daniel's proclamation is logistically unenforceable and, by all appearances, directly unconstitutional.

The move quickly precipitated Daniel's impeachment. From his swearing in to his removal from office, Daniel served less than three hours.

As he told HuffPost, it was of little concern to him. "That’s actually not a problem," he told the publication. "Everyone who becomes mayor there gets impeached. Most of the people who visit are same-sex couples who want to be married in Hell."

Indeed, Hell commonly issues fully honorary, practically useless mayoral certificates for a small price, only to impeach those who buy it almost immediately. The office is as hollow as the lordships offered online by the contested micronation of SeaLand.

Though his mayorship was for entertainment purposes only, Daniel is no doubt the most notable, interesting and well-spoken person to hold the office. As HuffPost notes, his parting words ring true.