Jared Kushner's company has been scouring the world for investors: report 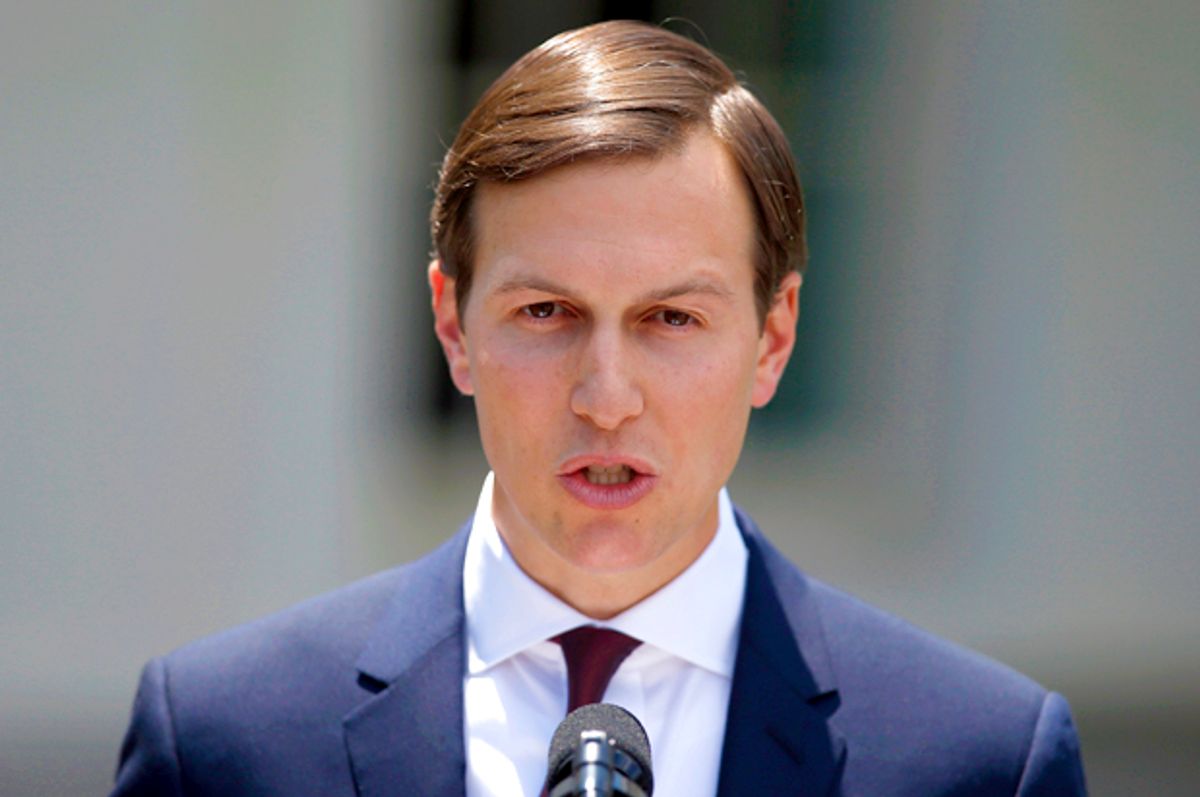 Does the president's son-in-law have a major conflict-of-interest problem? A new report suggests that he may.

A new report by Bloomberg sheds light on the degree to which Jared Kushner, the son-in-law of and adviser to President Donald Trump, has been trying to get world leaders to invest in his family's company.

Kushner Cos. owes $600 million on a mortgage for their office tower at 666 Fifth Avenue — one that they need to fully pay back by February 2019. Because of this, they have been shopping around the globe for potential financial assistance, Bloomberg notes:

Over the past two years, executives and family members have sought substantial overseas investment from previously undisclosed places: South Korea’s sovereign-wealth fund, France’s richest man, Israeli banks and insurance companies, and exploratory talks with a Saudi developer, according to former and current executives. These were in addition to previously reported attempts to raise money in China and Qatar.

The attempt to raise money in China included a controversial bid by Kushner Cos. to strike a deal with the real estate arm of Anbang Insurance Company, which has connections to the Chinese government.

The Kushner Cos.' bid to avoid losing 666 Fifth Avenue may have led to one of Jared Kushner's most controversial moments in the ongoing Russia scandal enveloping the Trump administration. Roughly one month after his father-in-law was elected president, Kushner met on two occasions with Ambassador Sergey Kislyak and Kremlin-controlled VEB bank head Sergey Gorkov, even though he failed to disclose either meeting to the public or in his security clearance checks. While Kushner claimed that those meetings were solely focused on Kushner's upcoming role as a presidential adviser, House Intelligence Committee Ranking Member Adam Schiff reports that both a Putin spokesman and VEB claim the meeting occurred to discuss the Kushner family's real estate business.