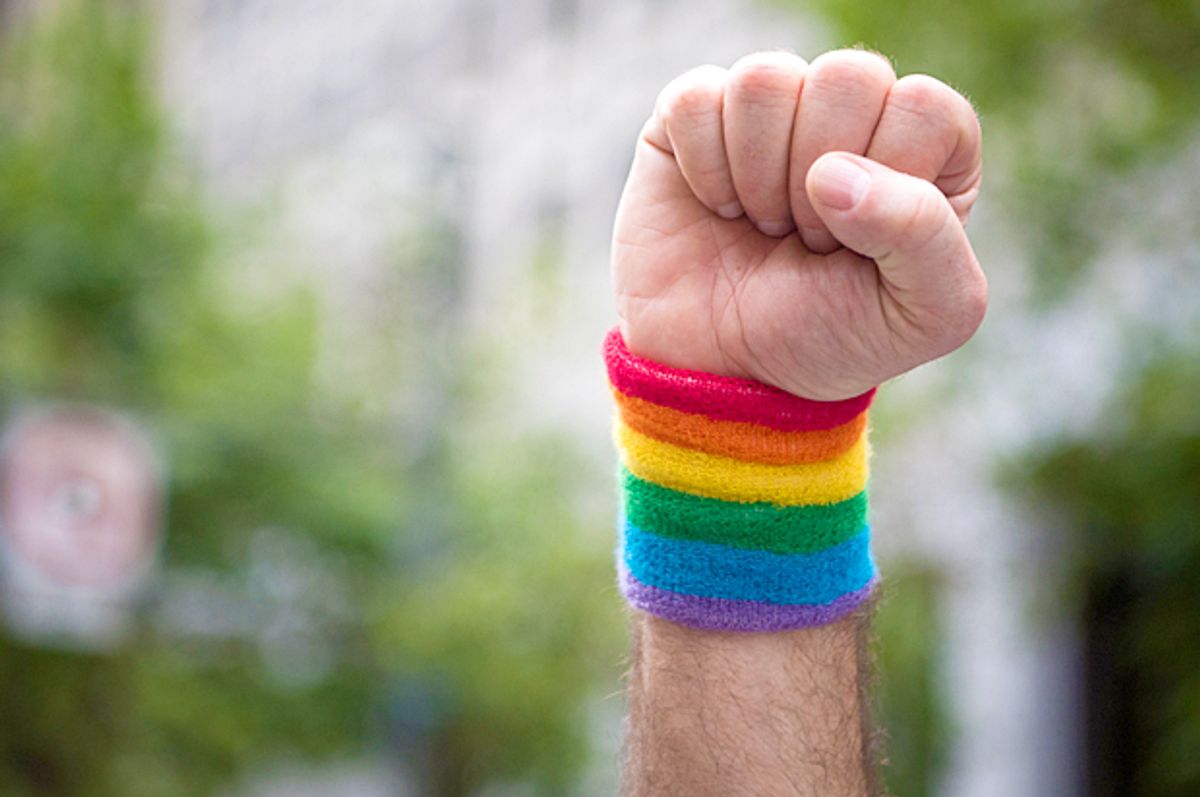 Depending on where LGBT community members and advocates live in the U.S., political progress can either seem full-steam-ahead or agonizingly slow. For Louisianans, it’s still the latter.

This year, Louisiana saw some hope-inducing forward steps and some predictable stagnancy: it became the 49th state to protect same-sex couples from dating and domestic abuse but also failed to pass a bill that would have prohibited worker’s discrimination on the basis of sexuality or gender identity.

But despite nearly every other state in the country already protecting same-sex couples against domestic abuse (the only state behind Louisiana on the protection is South Carolina), Connick’s bill had a bumpy ride through the legislature. It scraped by with a passage of 54-42 in the House. After that, it went to the Senate, where it failed on the first attempt 17-14. The author reattempted Senate passage and succeeded 25-13.

It’s an undeniable beacon of hope for Southern same-sex couples when a Republican lawmaker in a red, highly Catholic state fights for your protection. But an arguably bigger, more expansive bill met a different, discouraging fate: Louisiana’s LGBT worker’s protection bill by state Sen. Troy Carter, D-New Orleans, died 24-11 on the Senate floor before making it to the House.

It failed because some lawmakers were confused by the bill’s language, which included the term “gender identity,” which refers to the gender an individual identifies with, regardless of their biological sex.

"Can I express today that I'm male today and a female tomorrow?" said state Sen. Dan Morrish, R-Jennings, in May.

There are an estimated 88,000 LGBT employees in Louisiana, but the state isn’t ideal for them to earn a salary. National organizations have scrutinized Louisiana for its current policies, including the Human Rights Campaign's Municipal Equality Index, which rates cities throughout the United States on a 100-point scale for pro-LGBT equality efforts and policies -- the higher the score, the more LGBT-friendly the area is. Most of the eight Louisiana cities in the index earned points for employment nondiscrimination, but some earned failing grades. The city of Monroe, for example, got a score of zero.

Similar bills have been introduced in the Louisiana legislature semi-annually for about a quarter of a century, but have never made it through. The fight isn’t fruitless -- proponents argue that repeated introduction sparks conversation, which conceivable inches such a policy into law. But those same lawmakers have admitted that LGBT protection is one of the most difficult policies to pass, next to equal pay for women, the latter of which is also still not law in the state.

Executive orders of a similar color have also met tragic ends. Louisiana Gov. John Bel Edwards, the lone Democratic governor in the Southeast, issued one last year that would have protected state workers on the basis of sexuality and gender identity.

But that order was challenged by the state attorney general and over a dozen Republican state lawmakers. The order was eventually ruled unconstitutional in court -- not for its “gender identity” language but for alleged governmental overreach. Edwards and the order’s main challenger, state Attorney General Jeff Landry, head to an appeals court in August to rehash the issue.

President Barack Obama issued a similar executive order in 2014 that protected federal workers based on sexual orientation and gender identity. President Donald Trump revoked that order in March, as part of his “two-for-one” pledge to eliminate two federal regulations with every new one introduced.

Right now, there is no federal law protecting workers on the basis of sexuality or gender identity. In other words, it is entirely legal at the federal and state level to be fired or denied a job if the employee or applicant is gay, transgender or some other member of the LGBT community.

Some conservative lobbyists and lawmakers in Louisiana say that they don’t want state law changed without federal law because such a change will flood courts with lawsuits and dangerously complicate the legal process. But those same pundits and political powers have expressed willingness to change state law to protect LGBT workers as long as federal law is changed with it.

This means that if federal law is changed to protect LGBT workers, state lawmakers will follow suit. And LGBT Americans can have full-fledged protection to work without hiding who or they are.