Subprime mortgages are coming back!

They're now called "nonprime mortgages," and they're bringing in $10 billion each year to banks 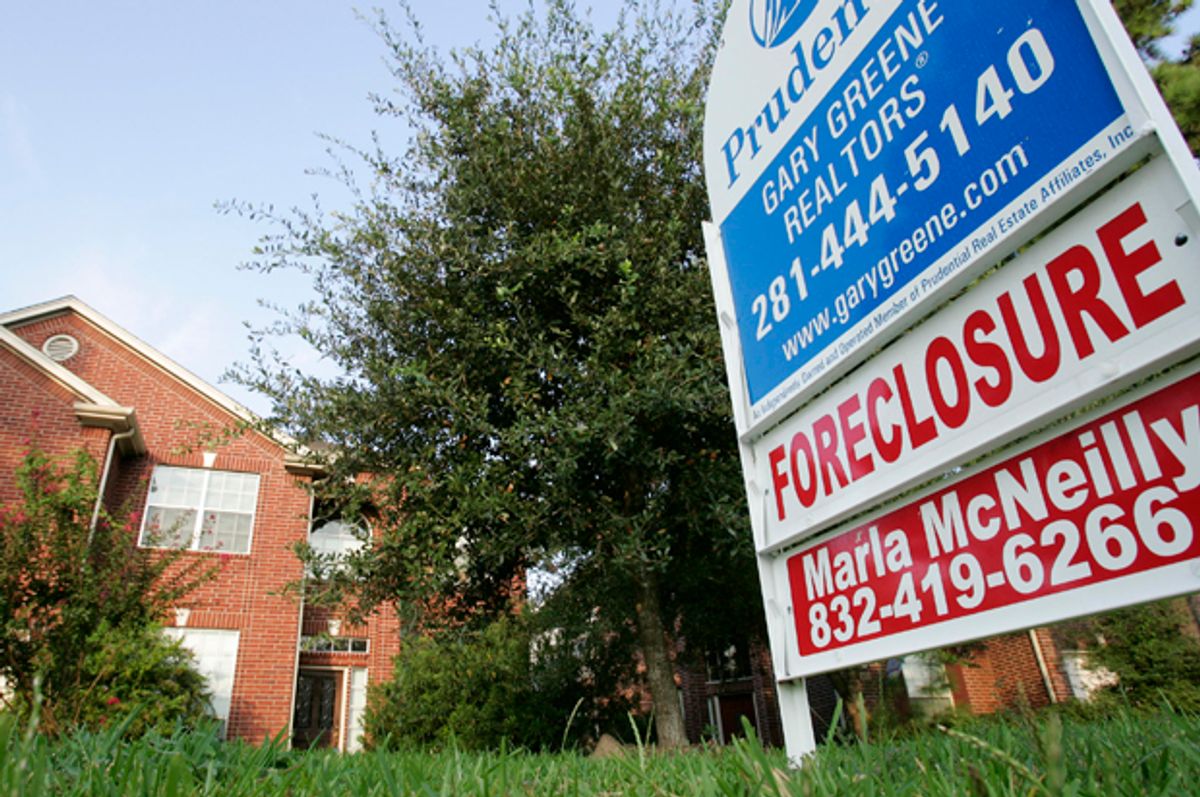 Subprime mortgages may have played a major role in causing the Great Recession, but that isn't stopping people in the financial industry from trying to bring them back.

Subprime mortgages, which are now being referred to by many as "nonprime" mortgages, are expected to generate roughly $10 billion in 2017, according to CNBC. The industry's growth is being helped by President Donald Trump's administration, which has ordered federal agencies to review almost all of the financial rules passed by his predecessor, President Barack Obama.

According to former Citigroup chief underwriter Richard Bowen, these nonprime mortgages are coming back because banks can get away with it.

"No one has been held accountable," Bowen told CNBC. "And I can assure you it's not because of a lack of evidence."

Mike Fierman, the managing partner and co-CEO of Angel Oak in Atlanta, echoed these thoughts.

"Everyone was complicit," Fierman told CNBC. "You felt trapped; investors were demanding more loans than could be produced in a responsible way. The only way to produce that kind of volume was to be irresponsible."

One of the main triggers of the Great Recession was the economic crisis that occurred when banks and hedge funds that invested in subprime mortgages saw their assets become worthless due to a spike in foreclosures, according to USA Today. By 2008, the subprime mortgage crisis had managed to affect credit markets and the economy entered a recession. Soon the government needed to issue large and controversial bailout packages to protect financial industry giants deemed "too big to fail" from collapsing and leaving a trail of economic devastation in their wake.