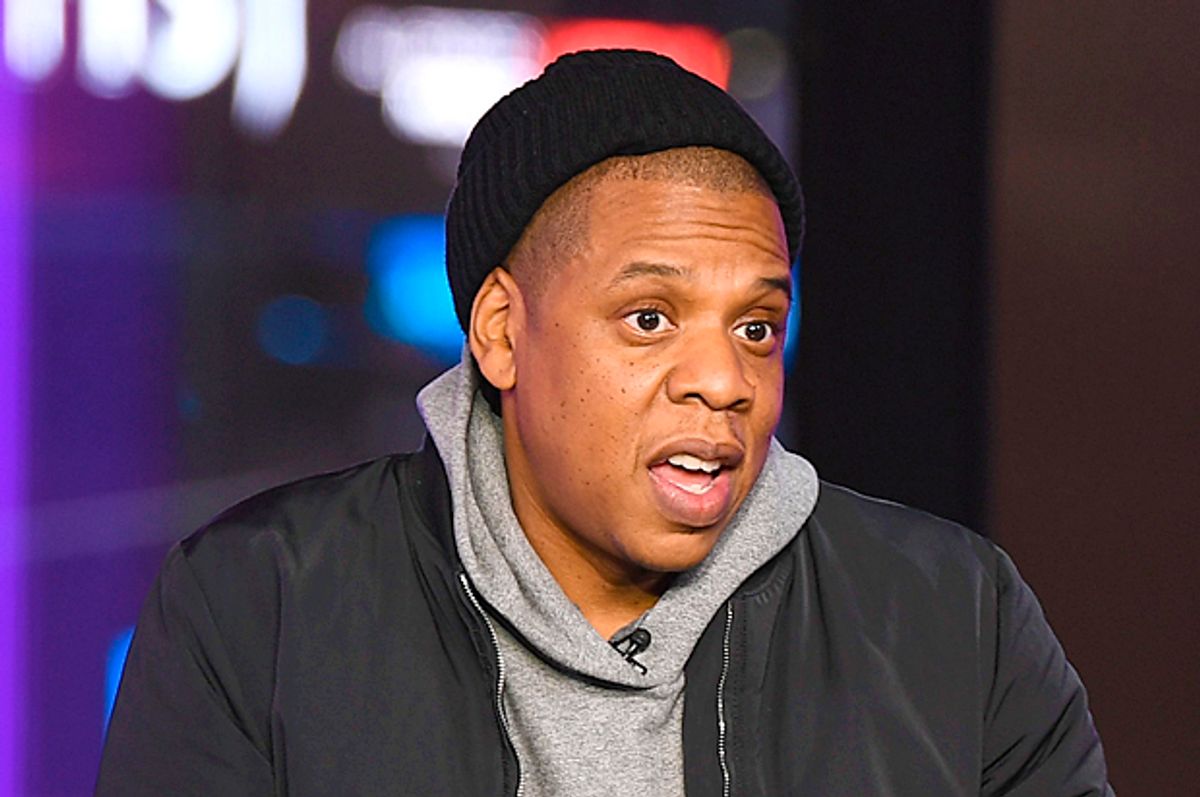 Over two years ago, Shawn "Jay-Z" Carter held a press conference. He gathered some of the music industry's most famous, most profitable and wealthiest voices to announce the relaunch of the streaming service Tidal, with the slogan "Tidal for All."

"Every great movement has been started by a few brave people who banded together for a common cause," the Tidal spokeswoman said, before introducing artists like Beyoncé, Calvin Harris, Daft Punk, Jack White, Rihanna, Kanye West, Madonna and Nicki Minaj. The overwhelming message was: artists should get more money than current streaming companies provide.

It was a bizarre press conference where words and phrases like "revolutionary" and "changing the status quo" were thrown around in a format that was deeply disconnected, and a clear marketing fumble. People felt it, media outlets called it out, and Tidal had a hard time bouncing back from it.

However, on June 30, when Jay-Z's 13th studio album "4:44" dropped exclusively on Tidal, things began to change for the platform. And that's not just because of a new, excellent Jay-Z  album — music piracy and streaming have long made almost any music available for free somewhere on the internet. Rather, it was the content of the album that finally made statements like "revolutionary" in relation to Tidal make sense.

Across the 10-song album (minus bonus tracks), the rapper addresses systematic racism, how to build wealth in the black community, the homosexuality of his mother and his newfound self-reflection and ownership of his past struggles. It's unequivocally the most personal and vulnerable work Jay-Z has ever delivered.

In the course of his discussion with Miller and Wilson, distributed exclusively via Tidal, Jay-Z said "nothing was off the table," when it came to creating "4:44." The same proved true for the interview.

Jay-Z talked about the intense criticism against Tidal compared to the broad acceptance of  similar streaming services such as Spotify and Apple Music. But he also took accountability for "that terrible press conference. I would never do that again," he said. "That was a powerful lesson for me."

Accountability was certainly a theme on the album and in the interview. Jay-Z mentioned going to therapy to address "trans-generational trauma." He talked about how he evolved spiritually after questioning hypocrisy in religion. He took ownership for past lyrics that may have caused critics or casual listeners to see only capitalist motivations in his music and persona. Powerfully, he peeled back the layers of Jay-Z, the entertainer and businessmen, to reveal the core values, struggles and growth of Jay-Z, the human being.

Despite being a huge Jay-Z fan, I was skeptical about the validity of Jay being interviewed by his own employees as much as I was skeptical about Tidal itself. But as I watched a lengthy interview in which a famously guarded star spoke openly and honestly in a welcoming space, I was forced to reexamine the very premise of Tidal, or what would be possible if artists had full control of their means of distribution.

It's well-known in media that most artists hate interviews. They hate being asked the same questions. They hate when their statements are edited down to soundbites and turned into sensationalist headlines. But Jay-Z did not hate this.

For perhaps the first time ever, Jay-Z could converse at ease, because he did not have those fears. Also, by presenting the interview in full, this enormous figure was pulled down from his typically inaccessible pedestal to the point where we could recognize his humanity. "4:44," in all its raw expression and vulnerability, did the same thing.

I still think "revolutionary" is too strong a word to describe what Tidal is doing, but after this interview, I'm on board. Artists receiving a larger portion for the music they create is a good thing, period. Will artists still get challenged on their statements and beliefs in such a controlled environment as Tidal? I'm not sure, but certainly a place where artists can safely open up about who they are beyond the music is meaningful.

Jay-Z is slated to go on a solo tour this fall, beginning with him headlining his own music festival, Made in America, this weekend. He teased in the interview that the stage setup would be in the middle, "amongst the people, because this is what the album is about — it's about people, it's about the culture."