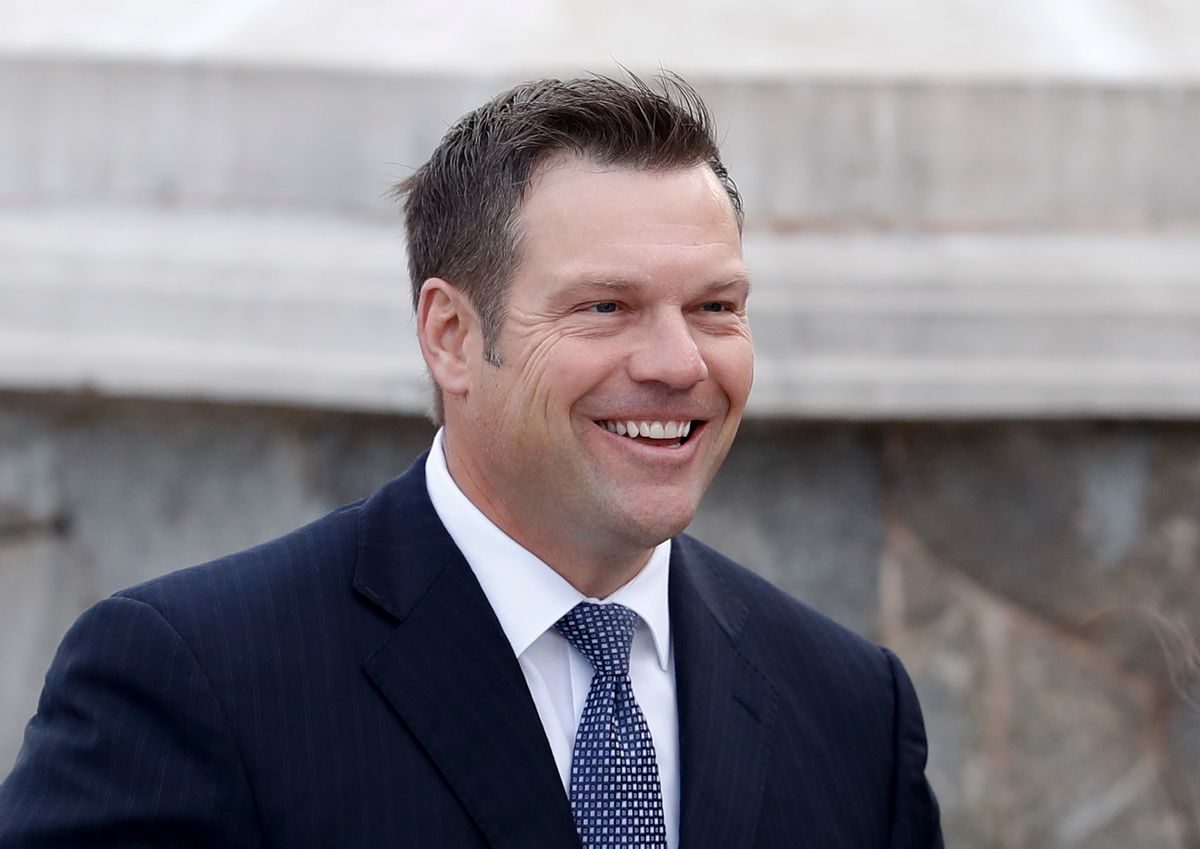 Kansas Secretary of State Kris Kobach can add a moonlighting gig to his resume: Breitbart columnist.

In addition to being a writer and secretary of state, Kobach is a candidate for governor, and also the vice chair of Trump's controversial Election Integrity Commission. Kobach has been unapologetically vocal about his anti-immigration views and his most recent column titled, "The DACA Amnesty Must Be Ended" was published on Wednesday.

"I think Breitbart.com appeals to anyone who is Republican or conservative in any way," Kobach told the Kansas City Star when asked about the site catering to white nationalists. "It appeals to a broad spectrum of conservative readers. The Star also reported that four of his seven articles for Breitbart have centered around immigration policy.

Kobach admitted to the Star that he was being paid.

His first column, published in June, was titled, "Refugees and Terrorism: A Massive Vulnerability in Our Immigration System."

"This madness must end, especially as ISIS-affiliated Islamist terrorists appear to be stepping up their attacks in the West," Kobach wrote, in a defense of Trump's executive order banning travel of six Muslim-majority nations. "The United States homeland remains a principal target, and many terrorists will attempt to make it to the United States as the noose is tightened by the U.S. and allied military attacking ISIS territory."

Kobach has risen as a prominent figure in recent months and was selected to help lead Trump's voter integrity commission alongside other notable voter suppression architects.

Breitbart's move to bring Kobach on as a regular columnist has already resulted in criticism from some, including former Missouri secretary of state and voter rights activist, Jason Kander. "Yeah this is totally normal. When I was Missouri Secretary of State, I loved cashing those checks from the National Enquirer," he sarcastically tweeted.