Another day, another sexual-misconduct allegation against a Fox host 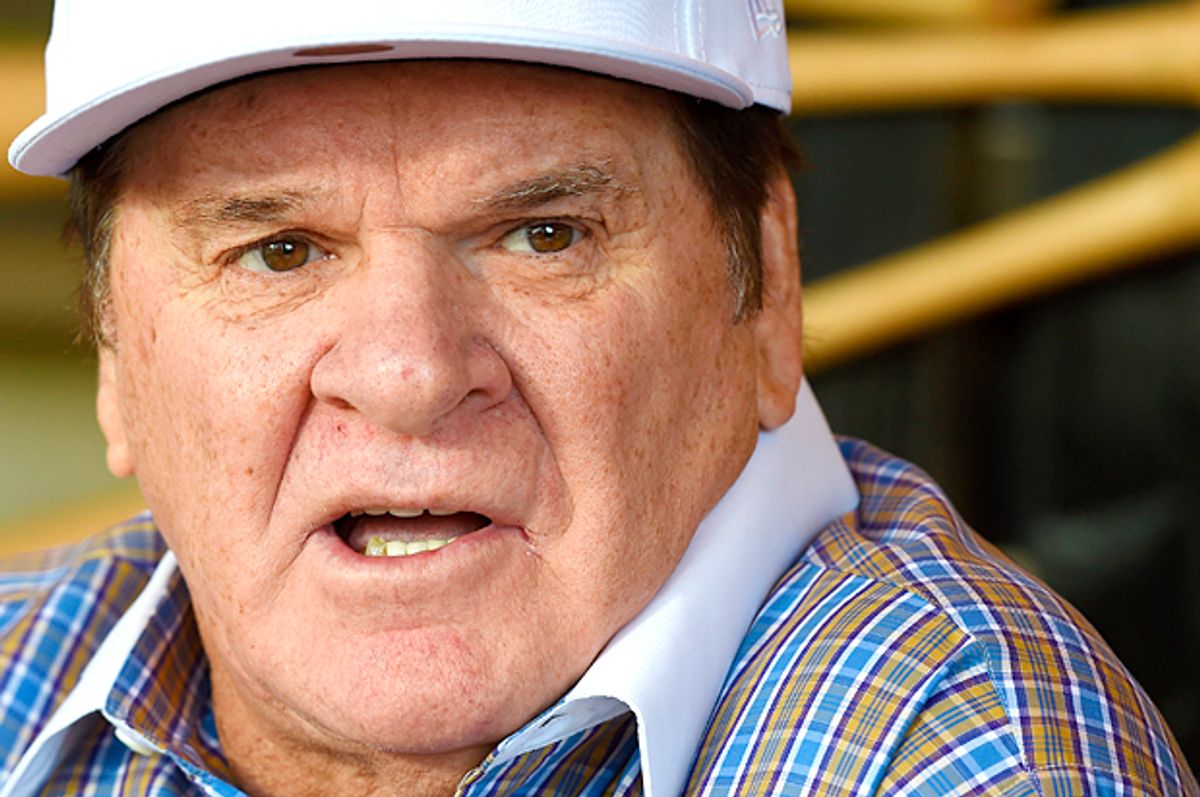 When baseball legend Pete Rose joined Fox Sports' MLB Studio Show back in 2015, it was something of a new start for the ever-embattled former player. No less an authority than the New York Times offered praise for his work. "His baseball I.Q. is high, he’s funny and he’s opinionated," said critic Richard Sandomir. In March of this year, Fox Sports announced his return for the 2017 season.

Five months later, though, Rose is out following the reemergence of sexual-assault allegations. The Hollywood Reporter says, "Major League Baseball's all-time hits leader will not continue at the cable network, where he was slated to return to the desk as part of its coverage of postseason games." Neither Rose nor representatives from Fox Sports have commented on the report.

The allegations against Rose first made news when the former player filed a defamation suit against attorney John Dowd, the lawyer who led the MLB investigation against Rose for gambling while he was manager of the Cincinnati Reds.

Rose sought damages after Dowd alleged "that Rose had underage girls delivered to him at spring training and that he committed statutory rape," according to ESPN. In a countersuit, Dowd filed a motion that includes a sworn statement by a women who alleges she started having sex with Rose before she turned 16, the legal age of consent in Ohio. The Hollywood Reporter said Rose admitted to having a sexual relationship with the woman under oath, but claimed he not know she was underage. Rose was married with two children at the time.

While Rose remains the all-time MLB leader in hits and one of the sport's greatest (if most irascible and agressive) players, his 1989 ban for gambling while managing is still in place and shows no signs of being rescinded. Not only does the ban prevent Rose from gaining any official position within the league or establishing an official relationship with any of its teams, it makes him ineligible for entry in the Baseball Hall of Fame.

The allegations against Rose adds to a growing list of hosts from Fox networks accused of various forms of sexual misconduct.