“I’m in a union. You’re welcome.” How having strong labor unions helps everyone who works earn more

A new study shows that if unions were stronger, wages would be higher for union members and nonmembers alike 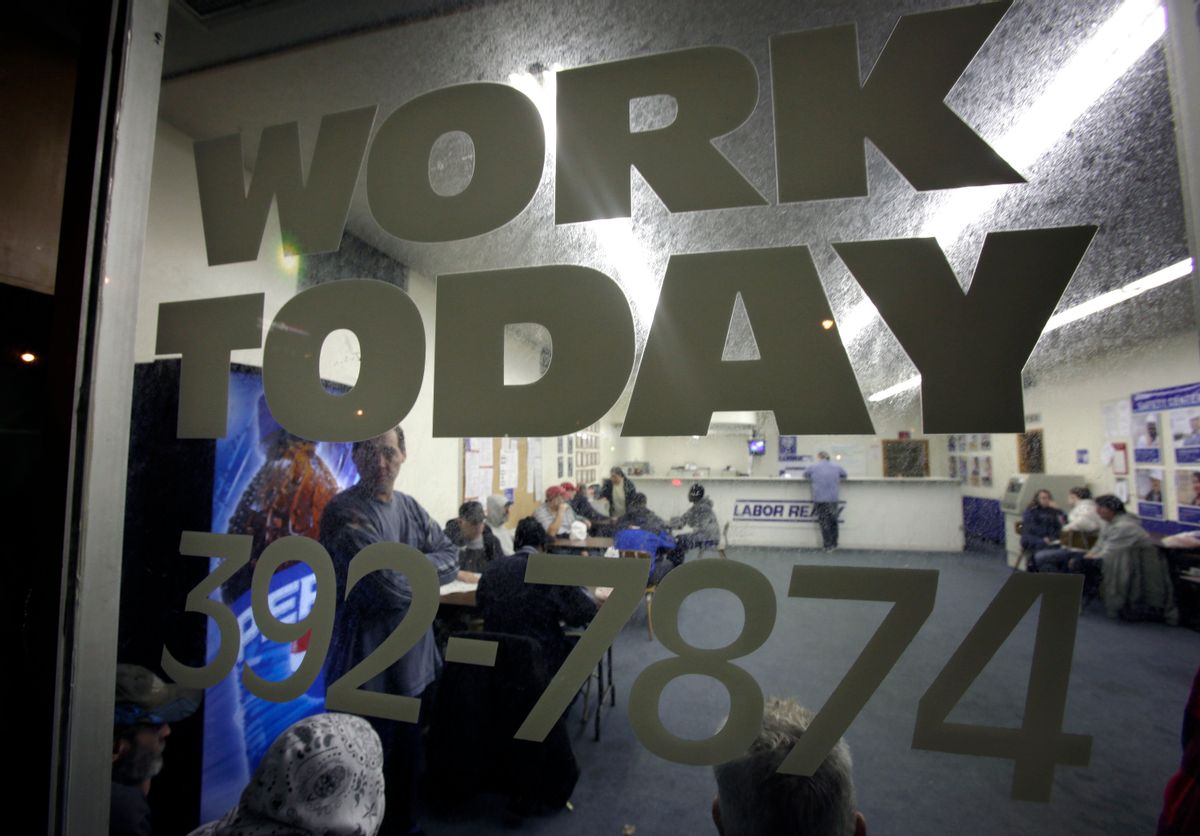 This Salon story was originally published on August 30, 2016, as "Where have all the e-mails gone?"

Millions of Americans today earn less than their predecessors did 40 years ago, adjusted for inflation, and a big reason for that is declining private-sector union membership — which has dropped from a third of all private-sector employees to just 6.7 percent today.

A new study released today by the Economic Policy Institute, a Washington D.C.-based nonprofit that advocates for people of low and middle income, has attempted to quantify how much today’s nonunion workers would have benefitted if union membership remained as at the levels of 1979. The main takeaway: The typical full-time private-sector worker — whether a union member or not — would be making thousands of dollars more a year now if unions had the power they once did to influence a state's or region’s standard wages and benefits packages.

“There’s a stereotype that unions only help union workers, but we found that the decline of union membership has had a vast effect on nonunion workers,” one of the study's co-authors Jake Rosenfeld told Salon. “We got as close as possible to isolating union activity from the other two effects of wage erosion: globalization and technological innovation.”

Rosenfeld, an associate professor of sociology at the University of Washington in St. Louis, along with his colleagues took a deep analytic approach to quantify the potential effect of eroded union clout. They looked at both urban and rural regions of the country as well as areas with strong and weak union representation to gain a better perspective on how declining union numbers affect nonunion working men and women as well as those workers with some higher education and those with just a high school diploma or less.  The researchers adjusted the data to account for fluctuations in employment demand as a result of technological innovation and globalization factors.

One of the the study’s main findings is that working-age men without high school diplomas have been hurt the most in comparison with such workers nearly four decades ago: They are earning nearly $3,200 less a year than their 1979 counterparts would be, if the levels of union membership then are taken into account. And the typical working male with a college degree today is earning $2,700 less in annual pay contrasted with his peer of 1979 .

For women, Rosenfield's analysis was trickier. The 1970s saw a huge rise in the number of women graduating with college degrees and entering the workforce in droves. But even to this day women are prevalent in lower-paying, nonunion jobs, working as wait staff, caretakers and cashiers. So compared with men their hypothetical losses aren’t as steep. They’re earning $728 less a year today than they would be if unions were as strong today as they were in 1979.

Dan Ikenson, director of the libertarian Cato Institute's Herbert A. Stiefel Center for Trade Policy Studies and a frequent critic of organized labor, said the core of the problem is what society should do with workers who don’t go to college.

“We have an economy that readily employs people with high skills, but the question is what to do with the people that have lower skills sets,” Ikenson told Salon. He suggested that companies be given incentives to hire and train these workers, such as linking tax breaks to in-house apprenticeship programs that offer pathways to full-time work at these businesses.

While wage decline has resulted from  workers' being pushed out of traditionally higher-paying manufacturing jobs into service-industry work, that's not the only issue, Rosenfeld said. “We’ve seen erosion in wages in an industry like construction, which is not exportable to other countries and it’s hard to automate,” he said. “You can see a similar effect in trucking as well where wages and working conditions have eroded.”

Stronger union representation can also lead to more worker-friendly public policies, Rosenfield told Salon. While all states are covered by the federal Worker Adjustment and Retraining Notification Act, which require employers to give ample notice before mass layoffs, New York state has a stronger version of the law, thanks the state’s robust union presence. The New York law requires businesses with at least 50 employees to give workers ample notice of an impending layoff of a third or more of its staff while the narrower federal standard only applies to businesses with at least 100 workers.

These states also tend to extend more progressive worker-friendly policies, like mandating paid sick leave to hourly workers. Rosenfeld also pointed to the Fight for $15 movement, backed by the Service Employees International Union. With the help of activists and organizers, the movement has played an important role keeping the minimum wage debate alive nationally, he said. Wage floors in Massachusetts and California hit $10 an hour this year while more than a dozen states are implementing increases this year and in the coming years. More than 50 cities already have minimum hourly wages above the federal standard of $7.25.

The federal minimum wage in 1970s, if it were adjusted for inflation for today, was nearly $10 an hour. (For that matter, the federal minimum wage in 1968, when factoring in today's inflation, would be more than $11 an hour.) People receiving such pay are might be employed in service-sector jobs or manufacturing jobs that pay so little that they depend on social assistance even if they're working or are reluctant to leave a job to lose the meager employer benefits.

Nonetheless union activity has harsh critics; business leaders argue that investors tend to go to states that are more business-friendly. Foreign automotive manufacturing companies like Daimler, Nissan and Honda have set up factories in Southern right-to-work states to avoid the traditional labor-friendly manufacturing hubs up north.

But even Ikenson of the Cato Institute acknowledges the role that unions play in sustaining wages. “I rarely agree with what the [Economic Policy Institute] says, but I would agree that the erosion of union membership has had a downward effect on wages,” said Ikenson, adding, however, “Unions might bring higher wages and better conditions, but also less demand. In the U.S. federalist system, we have 50 experiments with policy going on at the same time, and all of these states are competing with each other for investment.”