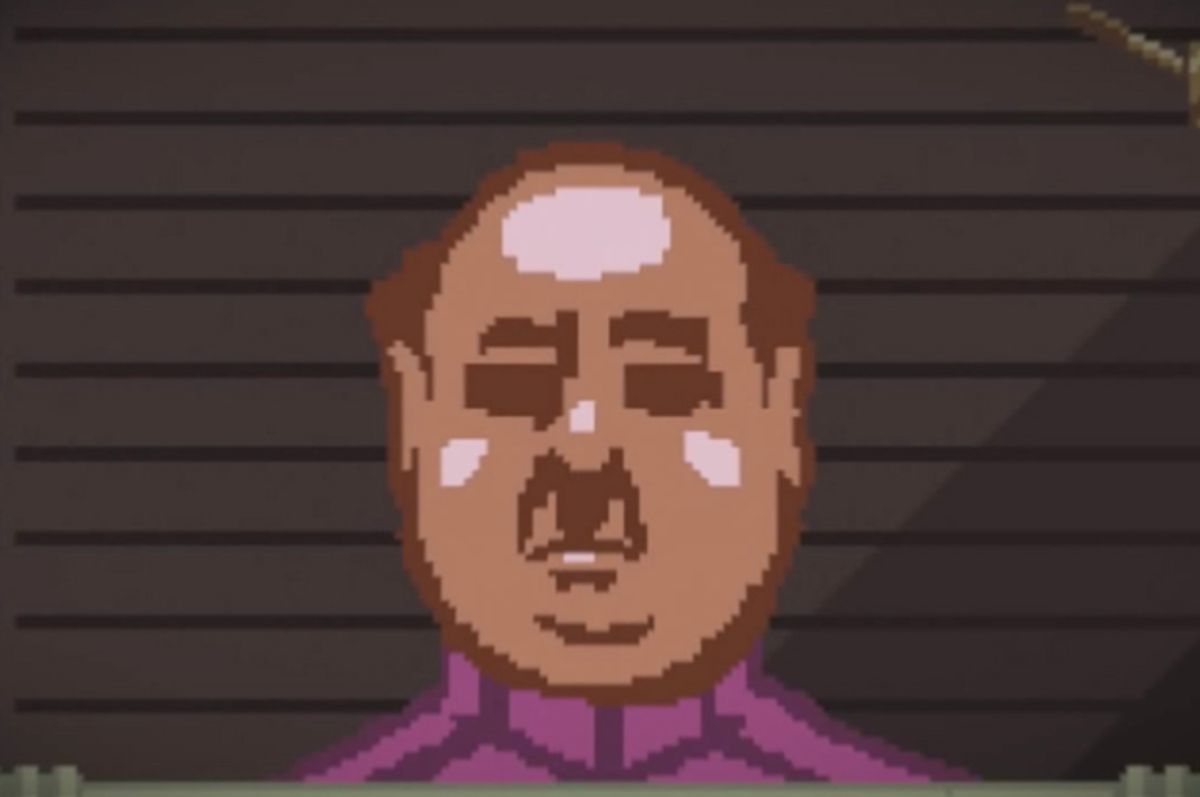 Video games had their origins in the military-industrial complex — the first games were war games — so it’s unsurprising that, for much of the 20th century, most video games were about warfare in some regard. But as the knowledge required to make games has become less specialized, the ideological diversity of video games has become breathtaking. There are games that simulate the mundanity of everyday life (The Sims), the dreary prospects of office jobs (The Stanley Parable) and the moral choices afforded by working as a border guard in an authoritarian post-Soviet state (Papers, Please). The video game is now truly an art form, and some would argue it is the premier human art form of the 21st century -- displacing the novel, even.

Beyond the mere escapist arcade adventures of yore, a few video games are directly or indirectly about labor and laborers. Of course, “labor” is a broad thematic genre, and some academics argue that video games generally operate on a neoliberal logic — meaning so-called success in a market economy and success in many video games are the same: win the most points, make the most money. “The real America operates according to a video game logic, and that game logic is neo-liberalism,” said Matteo Bittanti, a professor at the California College of the Arts who studies video games and wrote a 600-page book on homelessness in SimCity.

In honor of Labor Day, I’ve highlighted some games here that buck the military-industrial matrix and directly involve the player in the plight of labor. Some are more incidental than others.

Disaffected! is a free arcade-style game that simulates what it is like working at Kinko’s. Yes, as in the copy and print shop. It is both a satire of branded video games and of Kinko’s management practices. As you take the role of a Kinko’s employee, the gameplay is affect by your own boredom and confusion, and the cruelty of customers: Disgruntled and underpaid co-workers will randomly move orders around for no reason, and the control scheme reverses periodically when you’re feeling particularly confused.

“Disaffected! puts the player in the role of employees forced to service customers under the particular incompetences common to a Kinko’s store,” the game-makers write. “Obstacles include confused employees, employees who refuse to work, employees who move orders around indiscriminately so the player cannot find them.” As far as simulations of underpaid service jobs go, this is perhaps one of the most accurate.

Tacoma, the newest game from the makers of the award-winning Gone Home, puts you in the shoes of a subcontractor in the late 21st century hired to explore a seemingly abandoned space station to figure out how and why its staff disappeared. That’s right, you’re not even a contractor, but a lowly sub-contractors: Co-creators Karla Zimonja and Steve Gaynor observed the state of the gig economy today, and extrapolated that 70 years into the future. “We didn’t start with a political message or issue,” Gaynor explained to Salon. “We start from, OK, it’s on a space station — who is on it?  Why are they there? ... why would there even be stuff in space 70 years from now? It’s all SpaceX and commercial space flight and NASA partnering with commercial and private companies. If there’s stuff out in space, it’s probably for tourism and industry.”

From context clues, you learn that in this future Amazon has taken over some of the public university system, and companies reward contractors with “loyalty points” that they can apply to pay off debt. Fortunately, there is an orbital workers’ union to protect some of the staff, though it has its own internecine politics.

The SimCity series, which has been around since 1989, is a city-building simulator that allows you to manage, control and plan whole cities and regions — kind of like being the mayor, developer, urban planner and terraformer all-in-one. Of course, there is an economic component to SimCity, and by the time SimCity 2000 came out in 1993, the class structure of your virtual cities became pretty well-defined: wealthy, upper-class virtual citizens preferred to live in unpolluted areas with good schools, police and fire coverage, and ample access to parks. Similarly, the high-tech sector would only develop in one’s city under these conditions. Just like the real world!

As technology improved, later entries in the series got far more sophisticated in their ability to simulate class dynamics within cities. The taxation mechanics in particular have become far more complex. With a city-wide income tax, you can selectively tax different income brackets, and cities can now suffer from homelessness as well. There are also specific ordinances clearly designed to punish, or help, the poor. And gentrification is a real issue — though the player can choose to ignore it, just like most real-world mayors do.

Caretaking is one of the most undervalued forms of labor in society. Rarely are caretakers recompensed for their labor, and if they are, they are often underpaid and exploited. Babysitting Mama, a game for Nintendo Wii, lets you take on the role of mothering an infant and all the concomitant labor that comes with that. Though the game is brightly colored and cutesy in its animations, it exposes the hardship and repetition of child-rearing in all their ingloriousness.

Molleindustria, a “Milanese collective of media activists,” produces computer games under the slogan “radical games against the dictatorship of entertainment.” Their games frequently parody existing game genres; Faith Fighter, for instance, pits two deities of any major religion against each other in hand-to-hand combat, controlled by the player.

One of Molleindustria's simplest games, Memory Reloaded is a great example of how games can be overly political. The game introduces itself as such: “Test your concentration with Memory Reloaded, a matching game for these unstable times. Step on to the battlefield of our collective memory and face all the semantic shifts, revisions, and manipulations that are rewriting our past. History may be different from that which you remember.”

The player is presented with 12 virtual cards laying face-down; clicking on one reveals the other side for a brief second, and the player relies on memory to match each pair. Each card contains a contemporary historical topic, yet the cards subtly change between clicks. The “universal healthcare” card reverts to “socialized healthcare,” complete with a cross-looking communist doctor; “man-made global warming” becomes “natural climate change.” It is reminiscent of how in the United States, May Day — historically an international celebration of labor (rather than the “real” Labor Day) — became “Loyalty Day,” officially.

Another Molleindustria game, Phone Story, lets the player follow the chain of production in smartphone manufacturing — from child-miners in the Congo sifting coltan from the ground, to alienated FoxConn employees assembling smartphones in China. The game is remarkably educational about the production cycle of the iPhone, and so scared Apple that it infamously banned it from the App Store.