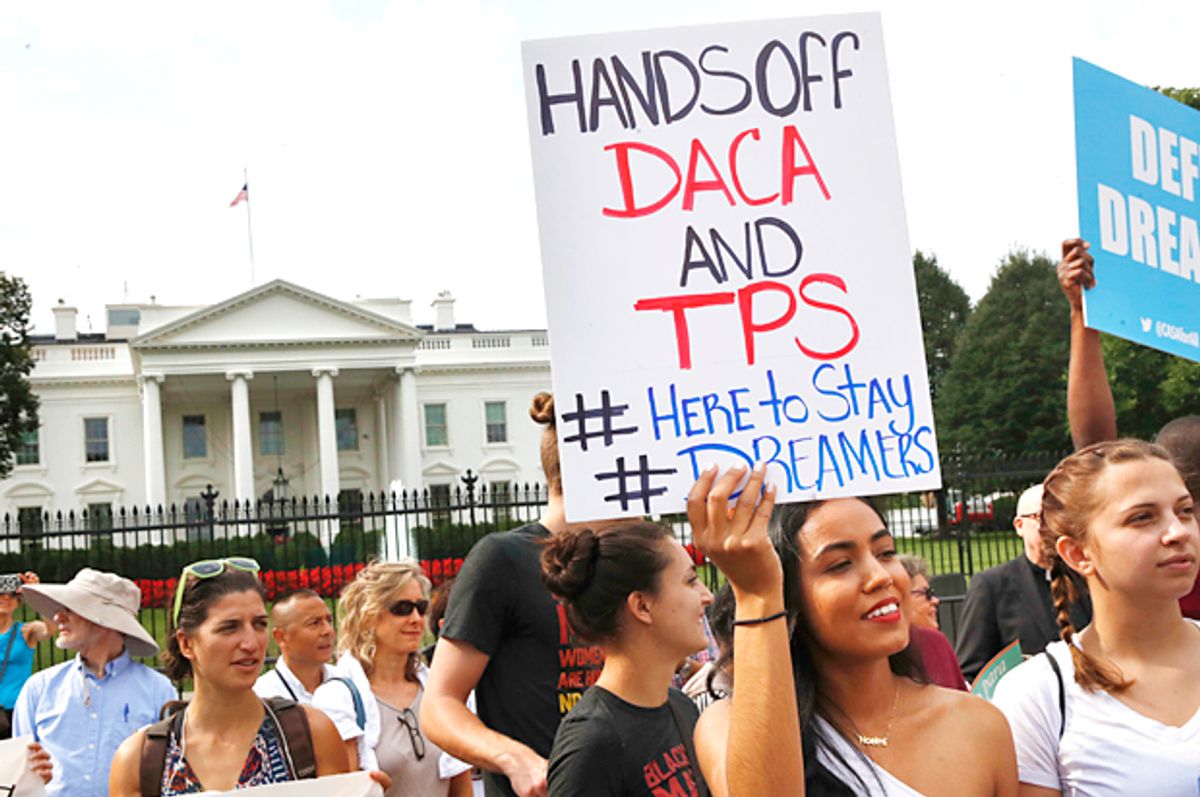 Yurexi Quinones, a college student who is a recipient of DACA (AP/Jacquelyn Martin)
--

At several schools in Denver, students walked out of their classes to protest the decision from President Donald Trump's administration, one that would leave roughly 800,000 undocumented immigrants unprotected and subject to deportation.

"Students gathered at Barnum Park at West Sixth Avenue and Federal Boulevard before marching to the Tivoli Center on the Auraria campus," Fox 31 reported. "Students from West High School gathered in Sunken Gardens Park and walked to Lincoln Park."

Elsewhere, DACA defenders poured onto the streets outside the White House and Trump Tower in New York City, yelling "shame!", according to The Washington Post. Others in D.C. marched outside the Justice Department and sat in the middle of an intersection.

On 5th avenue in Manhattan, a group of roughly a dozen protesters blocked traffic and sat in the street with locked arms. Police threatened the activists with arrest if they did not voluntarily disperse, the Post says. Some reports suggest that an unknown number of protesters were indeed taken into custody.

"I’m taking this as motivation," said Balem Orozco, 26, a DACA recipient who arrived in the U.S. when she was only seven. "If the President thinks this announcement is going to make us go away, it’s going to do the opposite."

In the announcement, the attorney general and the administration offered no concrete plan for bringing to an end the Obama-era policy which allows some children who entered this country illegally to remain residents on limited terms. Instead, the administration has put the onus of organizing a post-DACA framework on Congress, a body that has, in sum, expressed very little interest in debating or enacting the expulsion of hundreds of thousands of residents.