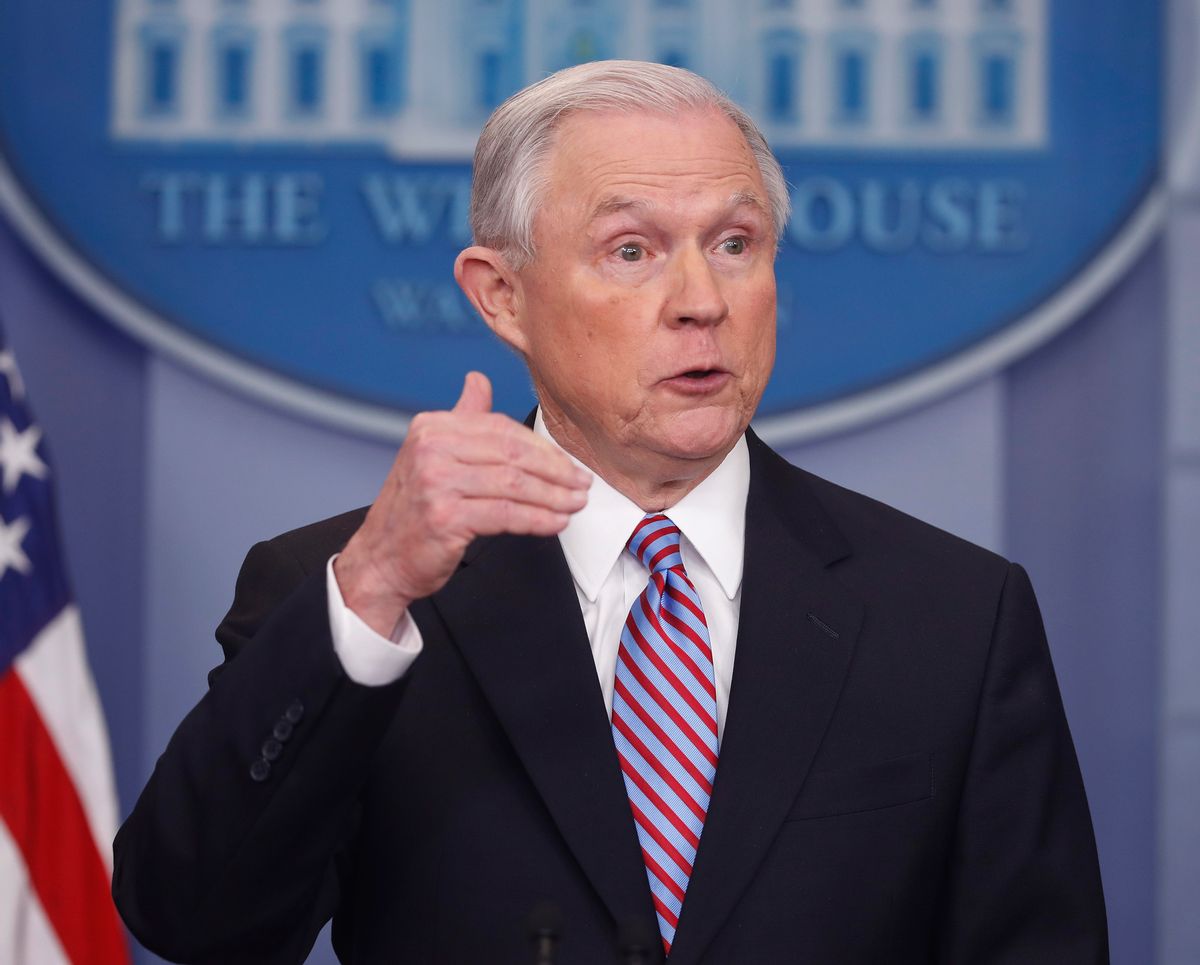 On Tuesday, Attorney General Jeff Sessions announced that former President Barack Obama's Deferred Action for Childhood Arrivals (DACA) program was being rescinded, giving only a divided Republican-led Congress the power to save it, and many were quick to point out that his statements were riddled with falsehoods.

"I'm here today to announce that the program known as DACA that was effectuated under the Obama administration is being rescinded," Sessions said. "The nation must set and enforce a limit on how many immigrants we admit each year, and that means all cannot be accepted."

"The effect of this unilateral executive amnesty, among other things, contributed to a surge of unaccompanied minors on the southern border that yielded terrible humanitarian consequences. It also denied jobs to hundreds of thousands of Americans by allowing those same jobs to go to illegal aliens," Sessions said, without providing proof of these claims.

"This does not mean they are bad people or that our nation disrespects or demeans them in any way. It means we are properly enforcing our laws as Congress has passed them," he continued. "Such an open-ended circumvention of immigration laws was an unconstitutional executive overreach of authority by the executive branch," Sessions added, NBC reported.

NBC elaborated on what's to come of DACA:

The decision could affect as many as 800,000 Dreamers who have signed up for the program, known as Deferred Action for Childhood Arrivals, since its 2012 inception. Immigrant rights advocates have said 200,000 more have sought DACA status since Trump became president.

Trump’s decision signals he’s moving full-steam ahead with his hardline immigration campaign promises — despite multiple walk-backs from him on the issue of DACA — and came on the same day that Republican officials from 10 states had set as a deadline for the administration to end the program.

Sessions touted the Trump administration's embracing of the rule of law during his announcement, which is ironic in the wake of the recent pardoning of former Arizona sheriff Joe Arpaio.

"Striking to hear Sessions wax poetic about importance of the rule of law in light of the Arpaio pardon," MSNBC correspondent Garrett Haake tweeted.

Others pointed out his blatantly false or misleading statements that failed to provide any context or evidence.

"Sessions claims DACA contributed to a surge of minors at the southern border, though it only applied to people in the U.S. by 2007," he said in another tweet. "So the Trump administration is going to rely on the media it calls fake news to provide the only actual information about what's happening," he added in another tweet.

"91 percent of Dreamers are employed. US would lose over $400 billion in GDP if they're deported They have spotless records. This is just racism," Mikel Jollett tweeted.