See Michelle Obama dressed up as Beyoncé for the singer's birthday 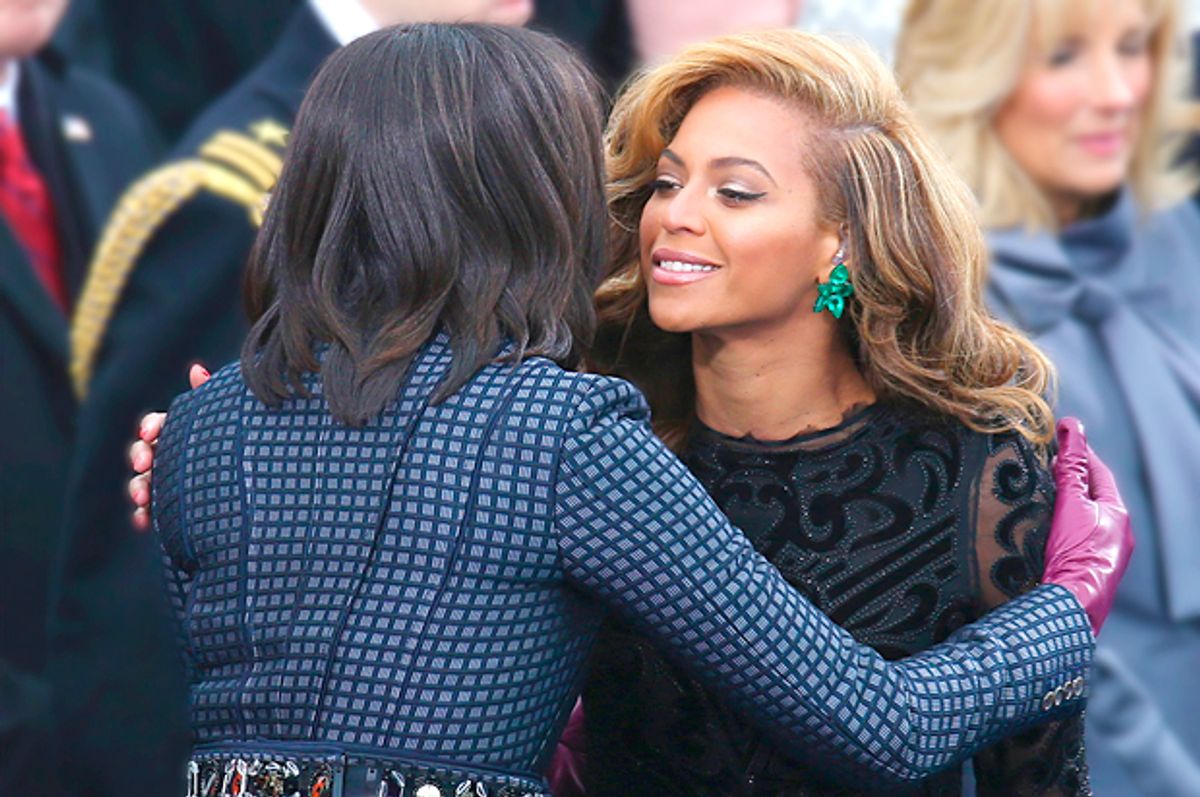 Yesterday was a national holiday for not one, but two reasons. September 4, 2017 was not just Labor Day, but the birthday of one Beyoncé Knowles Carter.

Giving the auspicious day the honor it deserved was former First Lady Michelle Obama, who wished the pop star a very happy birthday with a spot-on recreation of one of Beyoncé's iconic "Formation"-looks.

The two women — advocates of many of the same feminist causes — have supported each other consistently since Barack Obama's initial 2008 run for the presidency. While Beyoncé performed at his inauguration, Michelle Obama has often commended the pop star for her many philanthropic efforts.

The photo series appeared yesterday on Beyoncé's official website. Each image not only honors the star, but serves as a promotion to raise funds for Beyoncé's ongoing Hurricane Harvey relief efforts with the hashtag #BEYGOODHOUSTON.

Join us as the BeyGOOD team heads to Houston to continue our relief efforts on the ground. We have teamed up with Bread of Life, Greater Houston Community Foundation, and Texas Southern University, all of whom have been working with the displaced from the start of Hurricane Harvey's landfall.

According to the site, BeyGOOD will provide funds for immediate needs for citizens in Beyoncé's hometown such as blankets, cots, baby products, feminine products and wheelchairs, as well as "long-term revitalization."