The artists plays new music and shares how this album came to life: from darkness to hope 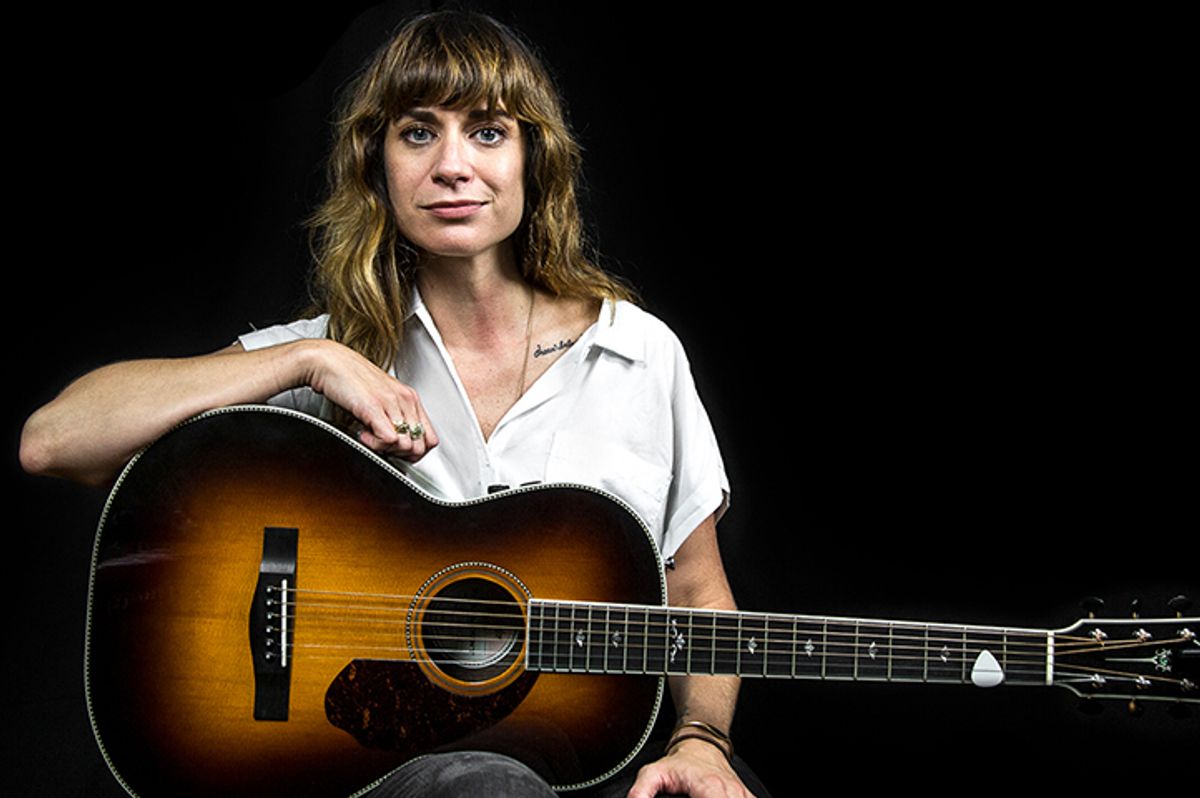 Recently, Nicole Atkins felt empty inside. Music, performing and her fans weren't moving her in the ways they previously had. So one day, she decided to stop drinking, and then, the new music came.

Atkins, who describes her sound as a blend "of that '50s and '60s crooner-sound—that confessional Frank Sinatra, Roy Orbison, heartbreak-storytelling with more of a late '60s soul sound," released a new album "Goodnight Rhonda Lee" this summer. And her love for performing also returned. She's headed on tour and says she can't wait to play live "because my dance moves are killer right now."

Atkins performed an exclusive acoustic set for Salon Stage and talked about how she got out of that dark, music-less place and the life narrative the new album follows.

Here are some highlights from the conversation. Watch the video above to hear more from Nicole Atkins.

When music stopped in her life:

Music is therapy. It's weird for me because music has always just been part of my life in every aspect, whether I'm happy or sad or like nothing, there's always some music going on in the background, whether it be me making it or me listening to it. When I started to notice that things weren't right with me in my life was when I stopped hearing music and stopped wanting to make it. So that was a big doorbell to be like 'what's going on?'.

On moving through writer's block:

Musicians that have writer's block or painters that have artist's block or anybody that's blocked in general, it's one of the most painful things to go through as an artist. I think the best thing to do for it, in my own experience, is action. Everybody waits around for inspiration, and you could keep waiting around for the rest of your life and end up being a mailman, not that there's anything wrong with that, but you might be squandering a great talent just because you're waiting around for inspiration. You should just sit down and write a bunch of crap until you have something that you like.

On what she wants people to take away from the new album:

This record I wrote over three years and it's a document of my life in real time. I got married, I quit drinking, I moved to Nashville from New Jersey. It was a lot of stuff at once, so I wanted to make a record that was more of a celebration of getting through dark times.

I hope that people can get that out of the record, just a little bit of hope.