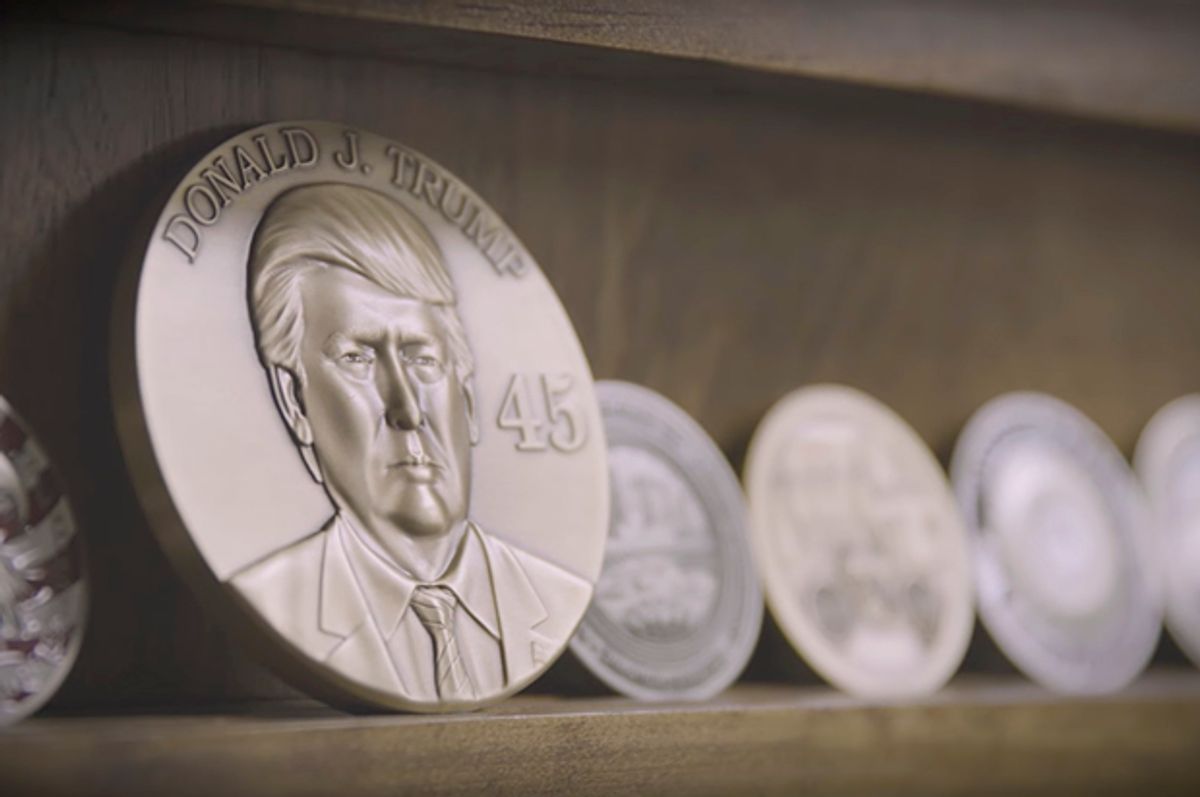 A new video has been posted on the YouTube account for President Donald Trump's reelection campaign, one in which happy citizens thank the president for the opportunity to make coins with his face on them.

Let that sink in.

The video opens with a clip from Trump's June announcement that he would "expand apprenticeships and vocational training." Although the executive order is described as intended to help Americans develop fruitful careers about which they can be passionate, the video soon makes it clear that the ad isn't promoting run-of-the-mill jobs — it is specifically showing ordinary citizens manufacturing "Make America Great Again" coins.

With Trump's face engraved into the front and an American flag on the back, the coins can be purchased online from the Trump re-election campaign store for $45.

Although some brief lip service is paid to plumbers and other occupations unrelated to creating Trump-branded merchandise, the majority of the video shows off either the coins being made or people talking about the honor of being able to make them. One man tells the camera that he takes pride in the fact that the coins are made in the United States and sold in the United States. A woman says that working for the company is "kind of like living the dream."

It seems like Medalcraft Mint's decision to work with the president — who has ostensibly separated himself from his business empire — has paid off for them, at least when it comes to garnering publicity.

While Trump's campaign can claim that his products are made in the U.S., the same can't be said for his company's merchandise.