Tapper says Hannity's call to action backfired, as he received more praise than criticism that night on Twitter 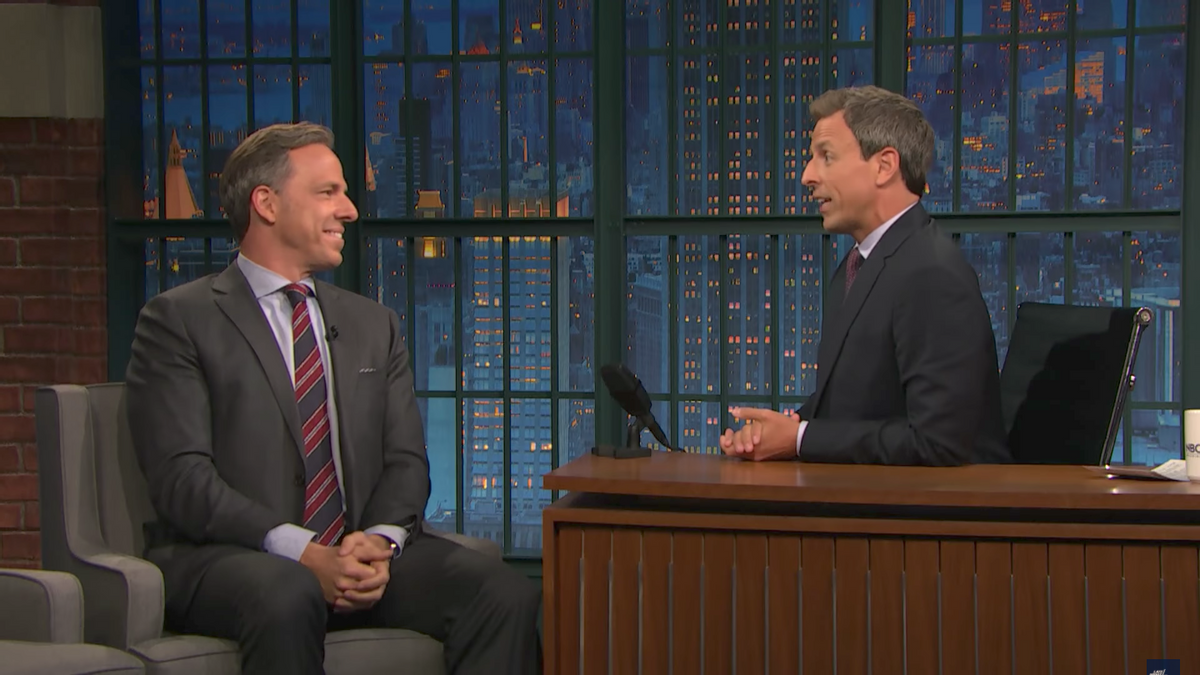 Fox News host Sean Hannity encouraged his audience in July to harass journalists, such as CNN's Jake Tapper, on social media. The cyberbullying campaign was an odd sight to behold at the time, but Hannity's "fake news" outrage is more sad than dangerous, so nobody thought much of it after the fact.

Tapper, however, had to live through the innocuous experience in real time, he revealed on "Late Night with Seth Meyers" Tuesday.

"That was so weird," Tapper said of the incident. "I was at home, my wife and kids were away, and I am just reading Twitter before I go to bed and, oh my God, Sean Hannity has apparently told his viewers — not just his Twitter followers, but his viewers — to go onto Twitter to tell me what they think of me."

More specifically, Hannity said on his Fox News program that his viewers should "tell fake news Jake Tapper exactly what you think of his interview with Anthony Scaramucci. You can do it on Twitter. Or you can message Brian Stelter — Humpty Dumpty, Jeff Zucker’s stenographer about his Russia, Russia, Russia obsession."

Tapper indicated that the scheme backfired on Hannity, as more Twitter users offered the CNN host praise as opposed to the criticism Hannity had hoped for.

Seth Meyers said that his favorite response was from a Twitter user name Kylie, who called Tapper her Beyoncé

"That hashtag didn't take off," Tapper joked, getting the last laugh on Hannity.