The champion defensive end says officers detained him for "being a black man at the wrong place at the wrong time." 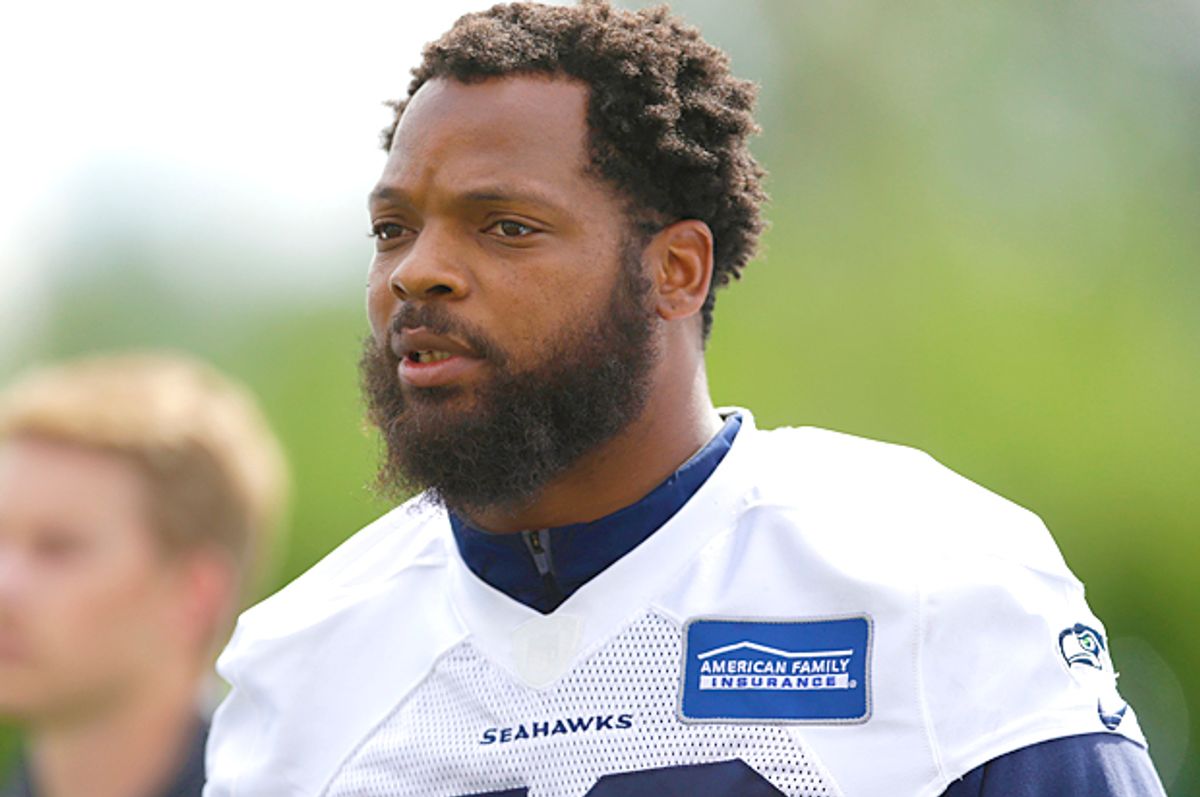 Bennett claims he was returning to his hotel after the fight when he heard shots ring out in the streets. Bennett then describes a chaotic scene in which Las Vegas police officers detained him, perhaps assuming he could have been the potential shooter (the player claims they told him to "shut up" whenever he asked what was happening).

According to Bennett, the police officers drew their guns on him and ordered him to get on the ground "simply" for "being a black man at the wrong place at the wrong time."

In his most serious allegation, Bennett claims that one officer threatened to "blow my fucking head off." Bennett said he was "terrified and confused" and described the excess use of force as "unbearable." He adds that the officers eventually let him go without explaining their motivations, after they realized that he was not "a thug, common criminal or ordinary black man but . . . a famous football player."

"The system failed me," Bennett says in the letter. "I can only imagine what Eric Garner, Michael Brown, Travon Martin, Tamir Rice and Charleena Lyles felt." Bennett has retained famed civil rights attorney John Burris to investigate the incident.

Beyond being a Super Bowl winning athlete, Bennett is an activist in the Black Lives Matters movement. This season, he has refused to stand for the NFL's pregame national anthems, taking a knee after Colin Kaepernick's controversial protests in 2016. The tragic irony that Bennett could have become a victim of police brutality weeks after commencing his own demonstrations is there for the taking.

In his letter, Bennett says that this incident only reinforces his determination to speak out against the treatment of black Americans.

Watch a video of the incident below, courtesy of TMZ Sports: