The question was startling, but had a point. And the ACLU says Simon Radecki wasn't "disturbing" the event 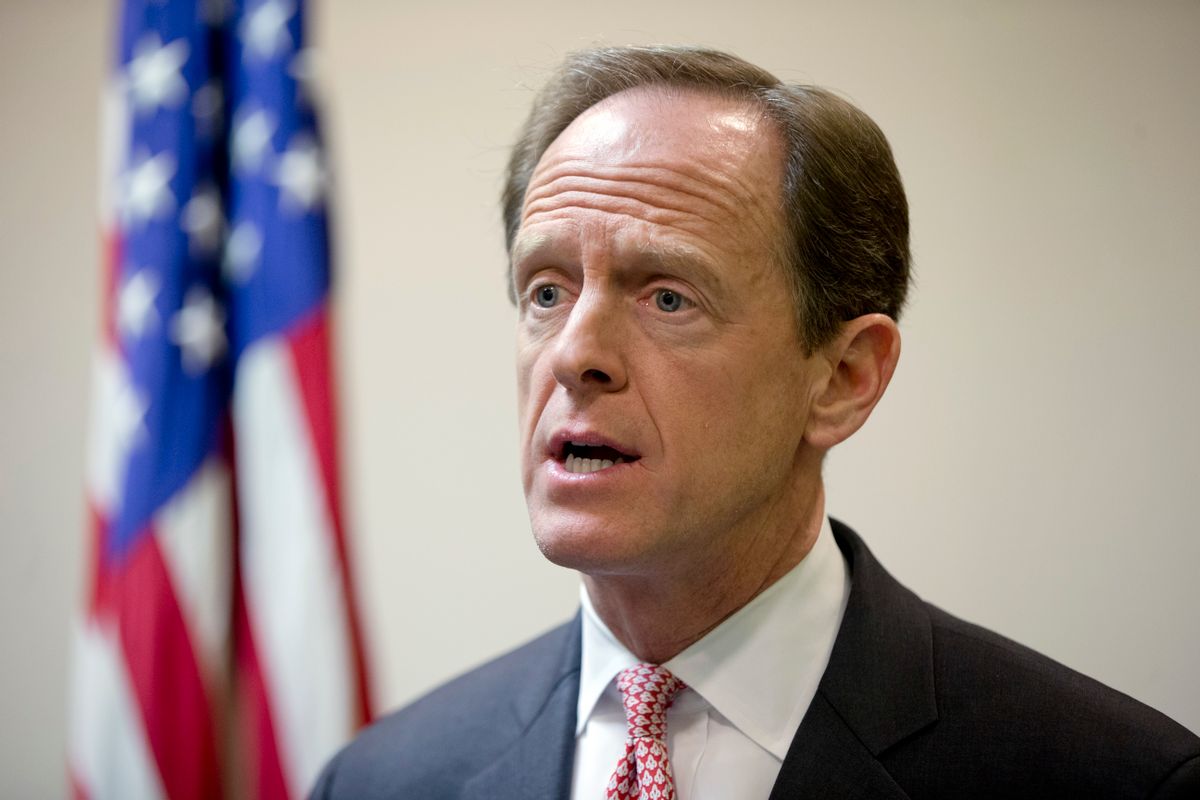 A Pennsylvania man who asked a terrible question at a town hall event held by Sen. Pat Toomey found that the worst response isn't derision — it's arrest.

Simon Radecki, 28, was arrested last week after trying to ask Toomey a question about DACA, using the Republican's daughter as his hook. Radecki wanted to make personal the plight of immigrants, who have reportedly been rounded up by immigration officials. That plan backfired on him, the Pittsburgh Post-Gazette reported:

After thanking Mr. Toomey for appearing, Mr. Radecki said, “We’ve been here for a while. You probably haven’t seen the news. Can you confirm whether or not your daughter Bridget has been kidnapped?”

The ensuing four-second pause was punctuated by Mr. Toomey uttering “uhhhh,” before Mr. Radecki added, “The reason I ask is because that’s the reality of families that suffer deportation . . .”

As Mr. Toomey called that a “ridiculous question,” Mr. Radecki himself was removed by Bethlehem police, who later said he’d be charged with disorderly conduct and disrupting a public meeting.

Radecki's question — he admitted that he went "off script" and didn't ask the question he initially submitted — brings to mind the famous question asked to Michael Dukakis during a 1988 presidential debate: "If [your wife] were raped and murdered, would you favor an irrevocable death penalty for the killer?"

“He didn’t disturb the meeting,” said an ACLU leader told the newspaper. “He was trying to ask a question.”

The Bethlehem Police Department said no charges would be filed against Radecki. But even the thought of it — charges for "disrupting a public meeting" — should send shivers down the spine of civil libertarians, no matter how bad the question may be.