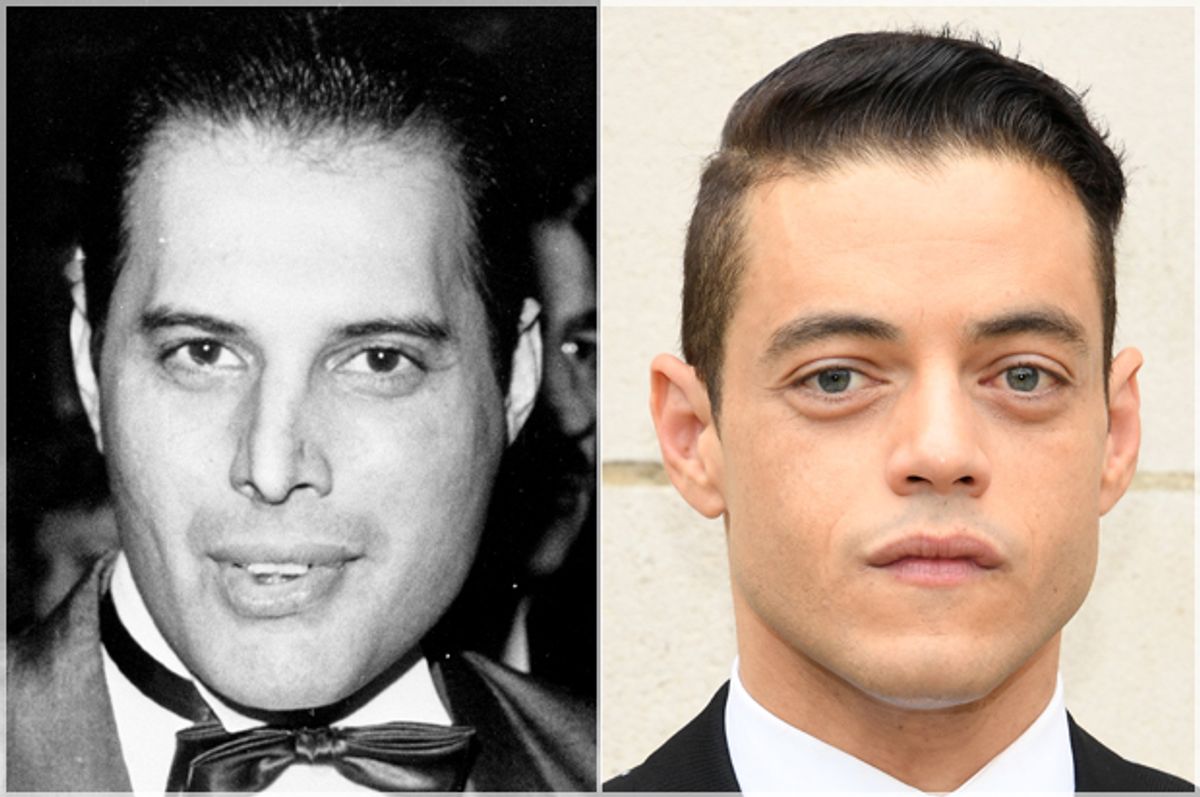 Check out the simply stunning results below:

#RamiMalek is #FreddieMercury in this exclusive first look at 'Bohemian Rhapsody.'👌🏻The Bryan Singer-directed film (out Dec. 25, 2018) chronicles #Queen from 1970, when Mercury teamed with Brian May and Roger Taylor, until the band’s performance at Live Aid in 1985, six years before the singer died of complications from AIDS. Click the link in our bio for more. 📷: Nick Delaney/Fox

A post shared by Entertainment Weekly (@entertainmentweekly) on Sep 5, 2017 at 1:45pm

Uncanny, right? For reference, take a look back at the singer himself.

As noted in Entertainment Weekly's article, Malik has transformed himself into the frontman for the Bryan Singer-helmed project based on a script co-penned by "Theory of Everything" scribe Anthony McCarten. Playing Mercury's Queen bandmates are Gwilym Lee as Brian May, Ben Hardy as Roger Taylor, Joseph Mazzello as John Deacon. Allen Leech will play Mercury's personal manager Paul Prenter.

Malek will be contributing some of his own signing to the performances in "Bohemian Rhapsody," but, as EW notes, Mercury's voice will also make appearances with "a sound alike filling in the gaps." Malek told the publication, "I’m in Abbey Road [Studios] right now if that should say anything to you. I’m not working on my acting." How exactly Malek, not known for his singing, will capture the sound of Mercury's signature multi-octave voice remains to be seen.

The film marks the completion of a long-running effort to transfer Mercury's life onto the big screen. Past projects attracted the talents of Ben Whishaw, Sacha Baron Cohen and others, none of them coming to fruition.

Unlike those past attempts, "Bohemian Rhapsody," which follows Mercury from the early '70s to the mid-'80s will arrive in theaters December 25, 2018.