"Trump has stepped in some deep DACA": Late-night TV reacts to DACA announcement 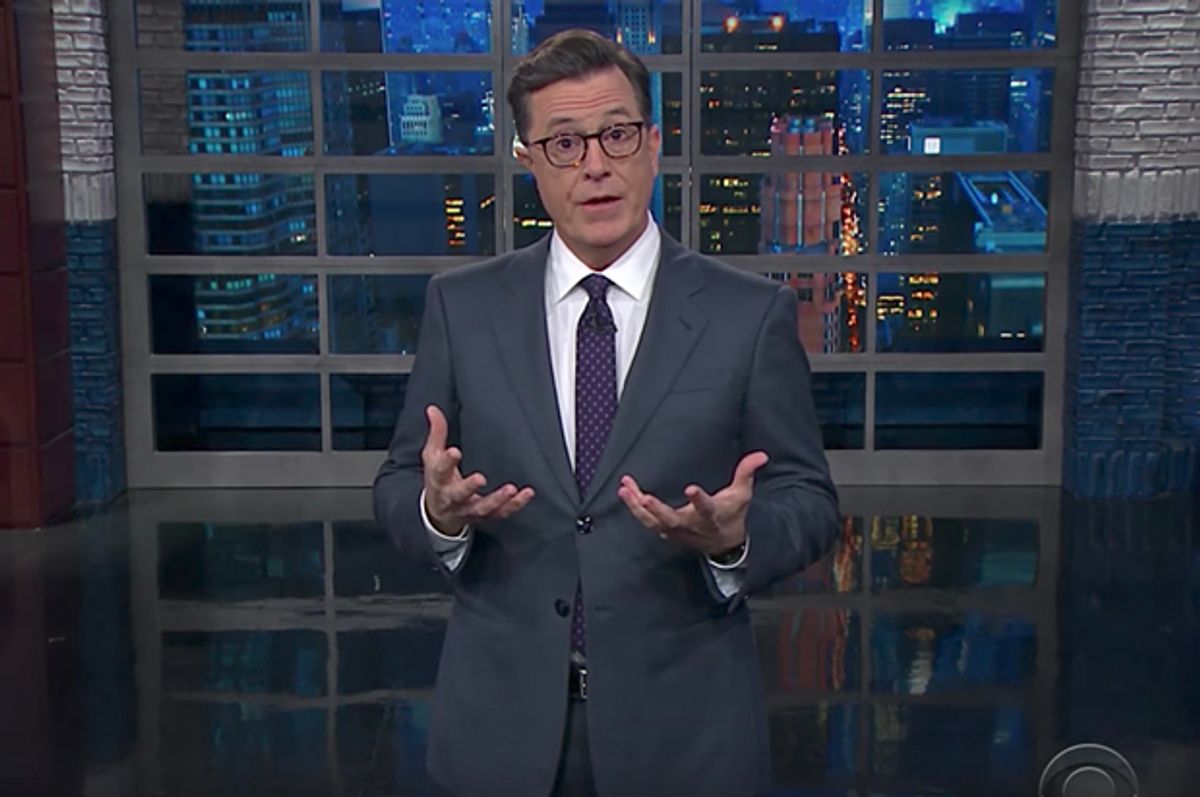 President Trump again provided fodder for the late-night shows Tuesday after the White House announced it would be undoing Deferred Action for Childhood Arrivals (DACA), policy that allows some undocumented immigrant children and young adults to live out of the shadows. By canceling it, "Trump has stepped in some deep DACA," Stephen Colbert said during his monologue Tuesday night.

"The Late Show" host reminded his viewers that DACA is a popular policy that enjoys overwhelming support nationwide. Knowing that his decision was unpopular, Trump "bravely stepped up, then cringed back, and had somebody else announce it," Colbert said.

The president ultimately sent Attorney General Jeff Sessions to break the news to America. "The Late Show" played a portion of the press conference in which Sessions insisted that the U.S. did not "disrespect" or "demean" the dreamers protected by the policy.

"You're right Jeff," Colbert responded to the clip. "Deporting innocent children does not mean they are bad people. It means you are a bad person."

Trump later released a statement on his decision, saying "As president, my highest duty is to defend the American people and the Constitution of the United States of America. At the same time, I do not favor punishing children."

"That’s why all my children are spoiled monsters. Sociopaths," Colbert added in his Trump impression.

Jimmy Kimmel, who's been a fierce critic of the president, quickly denounced Trump's decision in his Los Angeles studio Tuesday night.

Kimmel noted that DACA provided young Latinos, many based in Southern California, the chance to go to work and go to school legally. "And this is what Trump wants to do away with," he said, "mostly because President Obama is the one who ordered it."

"It seems like his main agenda is to undo everything Obama did. I just hope he doesn't bring bin Laden back to life," Kimmel joked.

"Very smart, President Trump. How do you soften the blow when telling the kids bad news? You get one of Santa's elves to do it. Nicely played. Plus, he can sneak through the chimneys to deport them," Noah said. "I see what you did there."

Noah pointed out the absurdity of punishing a person who crossed the border when he or she was eight years old.

"I don't know any eight-year-old who's like, 'No, mama, you go on without me. I am going to stay in Honduras and uphold the law, you go on. I know what Jeff Sessions would want me to do."

While Trump has taken a hardline stance on immigration, he has expressed sympathy for dreamers in the past, saying that he deeply cared about them. Some have suggested that is why Trump is giving Congress six months to come up with legislation that would make DACA permanent.

"If you really love someone, putting their fate in the hands of Congress is a pretty weird way to show it," Noah said of that point of view.

Even Jimmy Fallon, the normally apolitical host of "The Tonight Show," had a few harsh words for the president over DACA.

"There's a lot of news to get to," Fallon said to lead off his monologue Tuesday. "On one hand, we have the U.S. Open, and on the other we have Trump saying it's closed."

"Trump wants the end the DACA program, but only after a six-month delay," he added. "You know, because by then it will be President Pence’s problem."