The group is hoping that the Category-5 storm crushes you and all that you hold dear — or couldn't you guess? 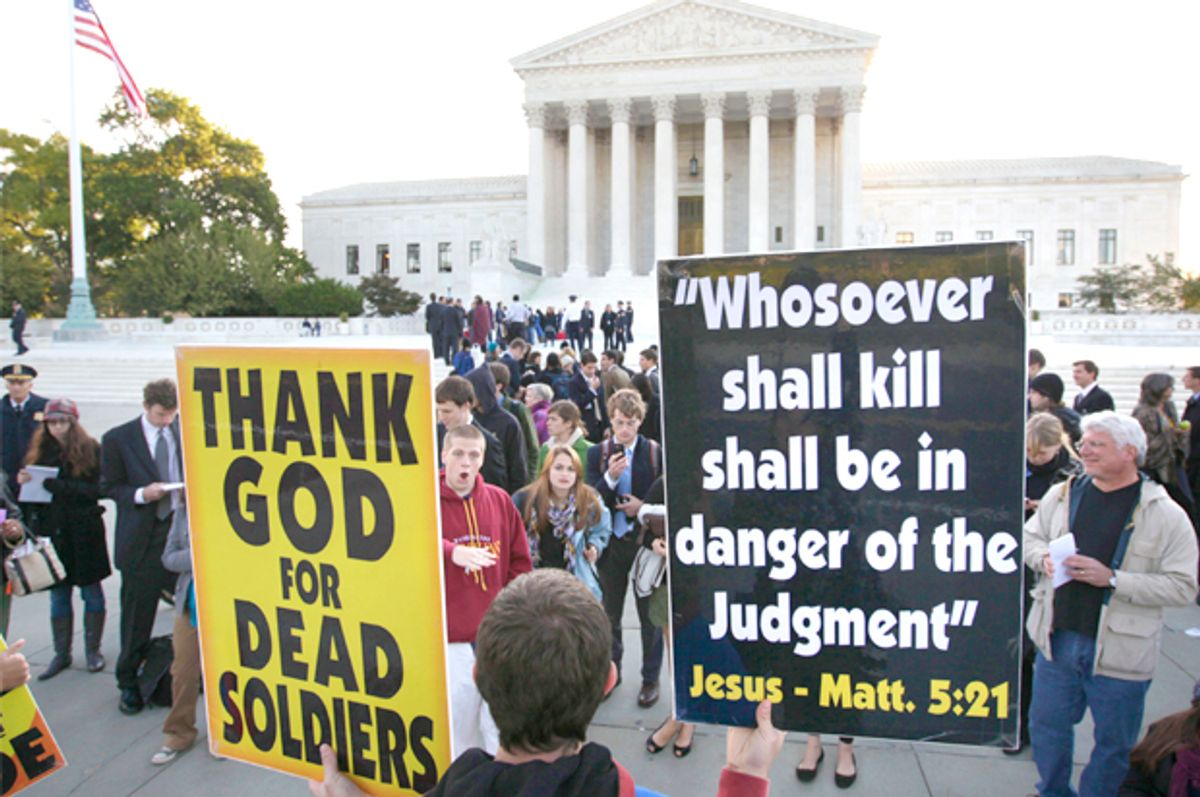 The Westboro Baptist Church, a homophobic poster-design company that does a sideline business in religion, is rooting for Hurricane Irma even as the Category-5 storm rips across the Caribbean on a collision course with the U.S. mainland. As Tweets reveal, in a clash between humans and weather that could threaten millions of individuals (holy and otherwise) in Florida, Cuba and Puerto Rico, the Church is decidedly pro-weather.

None of this is particularly surprising for regular observers of the small, highly visible Baptist offshoot founded by the late Fred Phelps in the mid-1950s. Not only does the Kansas-based Church use pretty much anything and everything tragic — children's deaths, natural catastrophes, veteran's funerals — as springboards for its frothy brand of anti-gay hate speech, it is uncannily good at using trending Twitter topics to forward its messaging. Really, Westboro's social-media manager would make a good hire at any mid-level company looking to improve their online visibility.

As proof, note that the Church's strong (and so far singular) pro-Irma tweets came only one day after the sect's account referenced other trending topics such as Burning Man, the wildfires in the foothills of Los Angeles, the Labor Day holiday, the news that Prince William and Princess Catherine of Britain would be having a third child and the box-office smash, "The Hitman's Bodyguard". Again, that's on one day . . . during a long weekend. Remarkable work.

The Church has not, as of yet, tweeted anything about the reports suggesting that Kanye West and Kim Kardashian West are also expecting a third child, but perhaps their social-media manager's iPhone ran out of juice.

Oh and yes, the Church spent the last week or so snarking on the victims of Hurricane Harvey in the greater Houston area, but you kind of knew that already.