Study reveals that the Emmys show no improvement for women — zippo

The Women's Media Center reports that women are still "nowhere near parity," despite recent progress 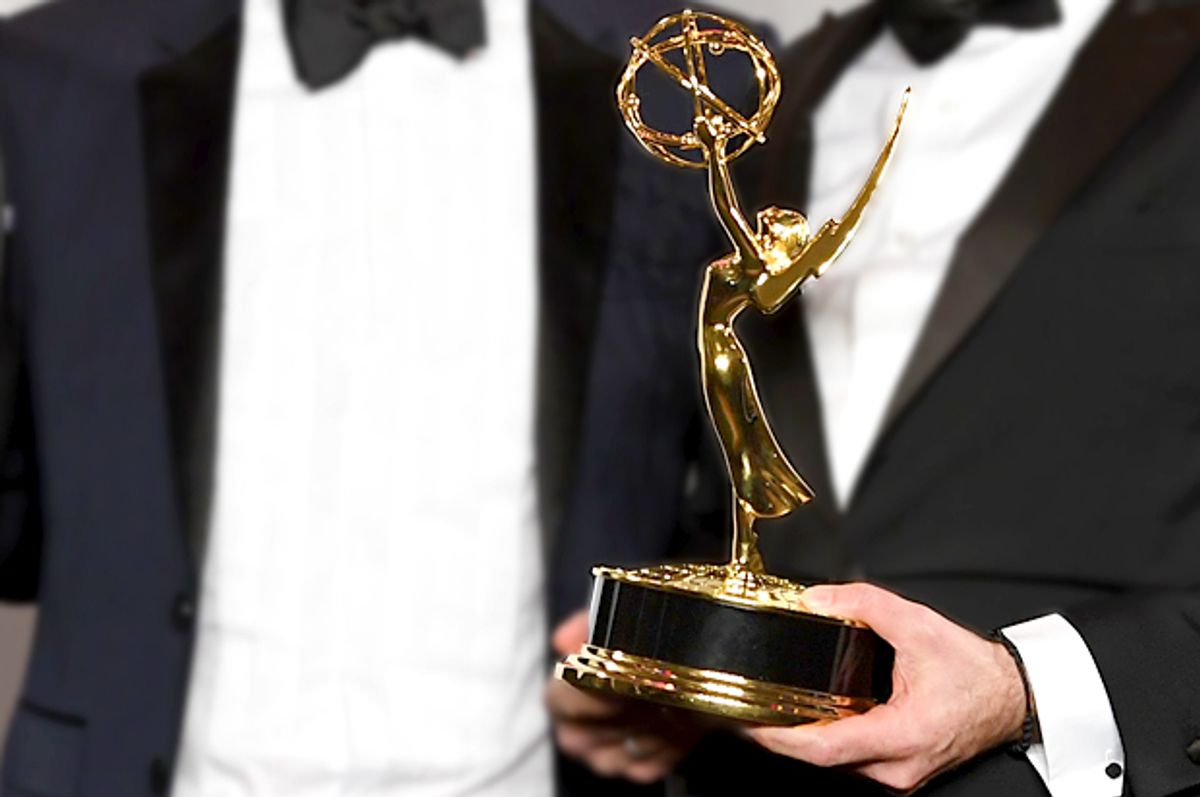 As reported in Variety, the Emmys are still struggling to fairly represent women in their award categories, according to a new report by the Women's Media Center.

As WMC president Julie Burton explained in a statement, "Women still lag behind their male counterparts in these influential behind-the-scenes roles. While the slight uptick in some categories is encouraging, women still are nowhere near parity and men continue their dominance. Executives must do better in addressing the disparity of women behind the camera."

The WMC's analysis found that the same low percentage of women had been nominated in non-acting categories as acting ones since last year, while there had only been a slight increase (from 25 percent to 26 percent) in the core categories of writing, directing, editing and producing. Although there were increases in both producing and directing nominations for women, there were fewer women nominated for writing and editing.

The lack of progress here stands in contrast to visible trends in television. In general, the last few years have seen notable progress for women behind the scenes in television. There have been a series of hit shows like the wrestling comedy-drama "GLOW," by Liz Flahive and Carly Mensch; the Netflix prison drama "Orange Is the New Black," by Jenji Kohan; Issa Rae, who with Larry Wilmore co-created the comedy-drama series "Insecure"; feminist writer Jill Soloway, who was behind the hit series "Transparent" and "I Love Dick"; and the prolific Shonda Rhimes, who has created hit series from "Grey's Anatomy" to "Scandal."

While this list doesn't dispel or excuse the continued lack of women in positions of power in television, it at least shows the promise of change. According to the WMC report, however, the Emmys have yet to truly acknowledge it.