Even Congressional Republicans are "annoyed" with Ivanka Trump

Ivanka stumbled into the meeting between the president and congressional leaders Wednesday, vexing Republicans 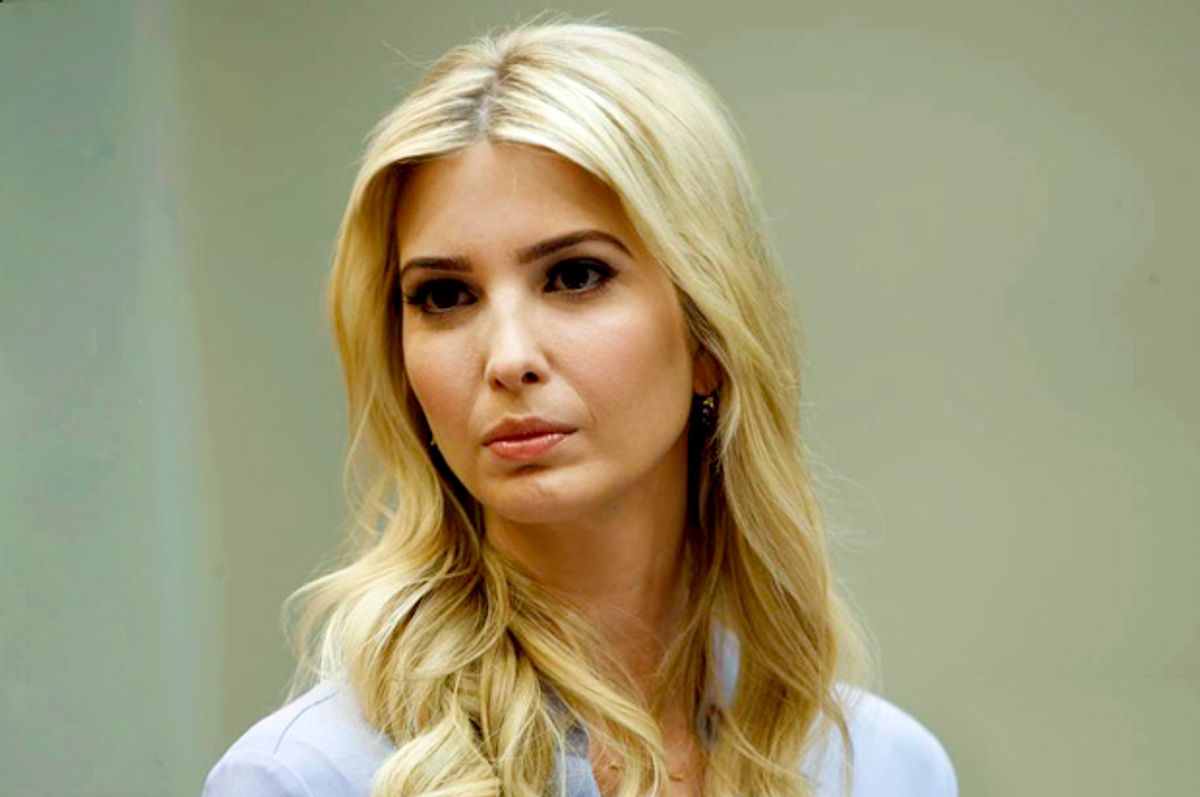 Republican congressional leaders were "visibly annoyed" when first daughter and White House staffer Ivanka Trump entered the Oval Office during a high-stakes negotiation over the debt limit — a meeting in which President Donald Trump ultimately sided with the Democrats, extending the debt ceiling for three months.

Both Republicans and Democrats made the trek to the White House Wednesday to discuss the debt ceiling and federal aid to victims of Hurricane Harvey. According to multiple reports, the meeting "careened off topic," however, when Ivanka entered the president's office near the end of the negotiation.

A spokesperson for House Speaker Paul Ryan disputed the reports and asked journalists to stop spreading their reporting.

Even if Republicans were not frustrated with Ivanka, they clearly saw the Oval Office meeting as a loss. The president overruled Republicans in the meeting who asked for a 12-month debt-limit extension, instead supporting the three-month extension Democrats proposed.

“It was a really good moment of some bipartisanship and getting things done,” Senate Minority Leader Chuck Schumer said after the meeting.

According to CNN, Ivanka's abrupt entrance into the meeting could have been a ploy concocted by the president. CNN reported that Ivanka joined the session almost immediately after Trump announced he was going with the Democrats' plan, which left Ryan and Senate Majority Leader Mitch McConnell "shell shocked" by what had just happened.

Marc Short, the White House director of legislative affairs, told CNN that the purpose of Ivanka's visit was to discuss a child tax credit.

"We asked Ivanka to briefly join the meeting for an update on the child care tax credit and how we are working to make tax reform a bipartisan issue," he said. "It was a quick and productive conversation."

Regardless of her purpose in the meeting, Republicans were clearly upset, which brings into question just who in Washington is glad that Ivanka and her husband Jared have a voice in the White House. Liberals have already given up on the power couple to bring any sort of moderation to the Trump administration.