The future of America speaks! 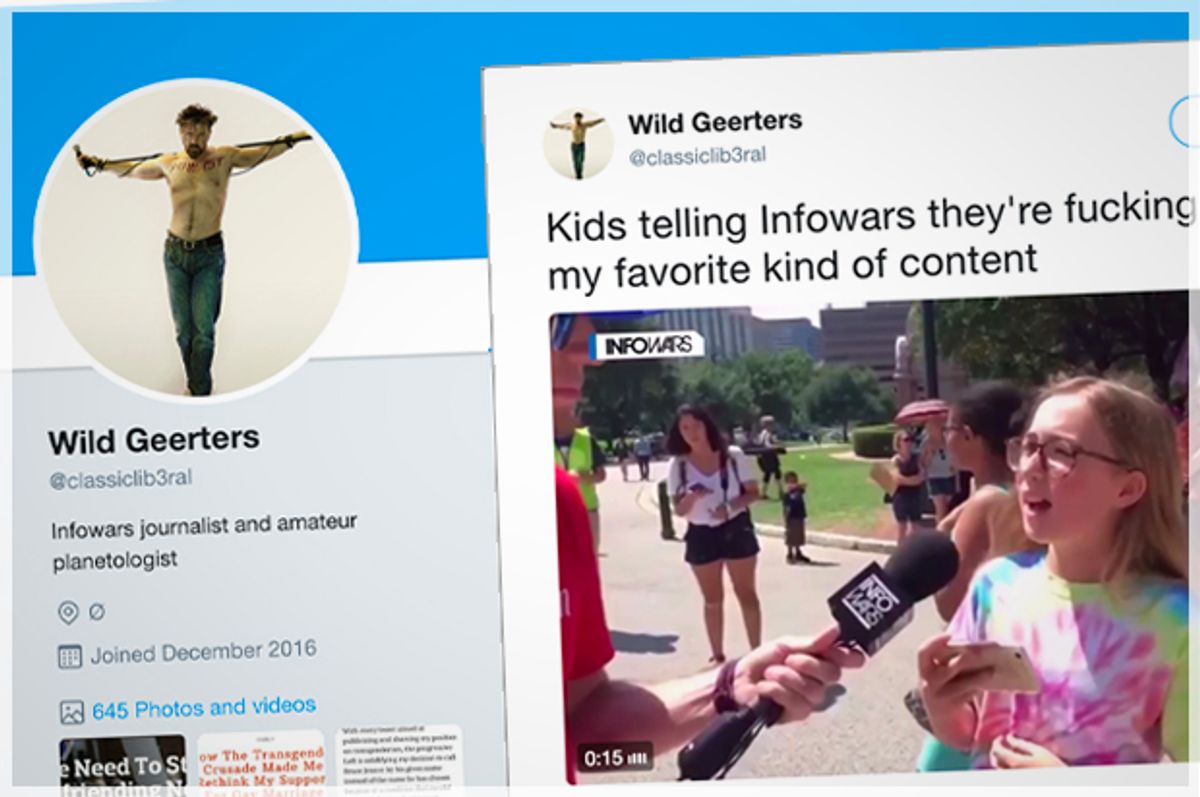 Recent videos suggest that vitamin salesman Alex Jones and his network of Infowars correspondents have emerged from their studios and bunkers with a new mission to harass every single man, woman and child in this country's 50 states and 16 territories. Recently, one child in particular was determined not to have it.

In a report filed from last week's pro-immigrant demonstrations in Austin, Texas, Infowars correspondent and racist T-shirt wearer Owen Shroyer took his microphone and #MAGA hat out into the crowd, asking attendees pointed, probing questions such as "What are you doing out here?", "Am I fake news?" and "Hey, you know you're an embarrassment?" The responses were perhaps less welcoming and more profane than he might have hoped for.

You may watch a video of it below, should you desire.

Among the crowd was one towheaded scamp who, as many of the adults in the immediate area also had, offered up little but swears and cheery disdain to Shroyer. The reporter approached and (perhaps misidentifying her as a "young man") asked how she was. "Um, you're a fucking idiot," the child said to the correspondent. When asked, "Who taught you that language," the rapscallion replied, "My mother." So precocious.

Take it all in here:

As it turns out, that lovable tween is a certain Ms. Olivia Williams of Austin who has already gone ahead and changed her Twitter bio to "INFOWARS kid" because children these days know the power of branding. A quick look at Williams' Twitter output reveals that her progressive opinions and political activism are as advanced as her language. We expect good things from Williams in the future.

As for Shroyer, he seems to be bearing up well after being cursed out and rejected by a large crowd of fellow humans which included an adorable young girl wiser than him despite her years:

Lessons about tact from a man who wears a shirt that says "Enjoy Nationalism" — highly valuable!