After 25 years, the man who brought us the term "short-fingered vulgarian" at Spy departs the Condé Nast glossy 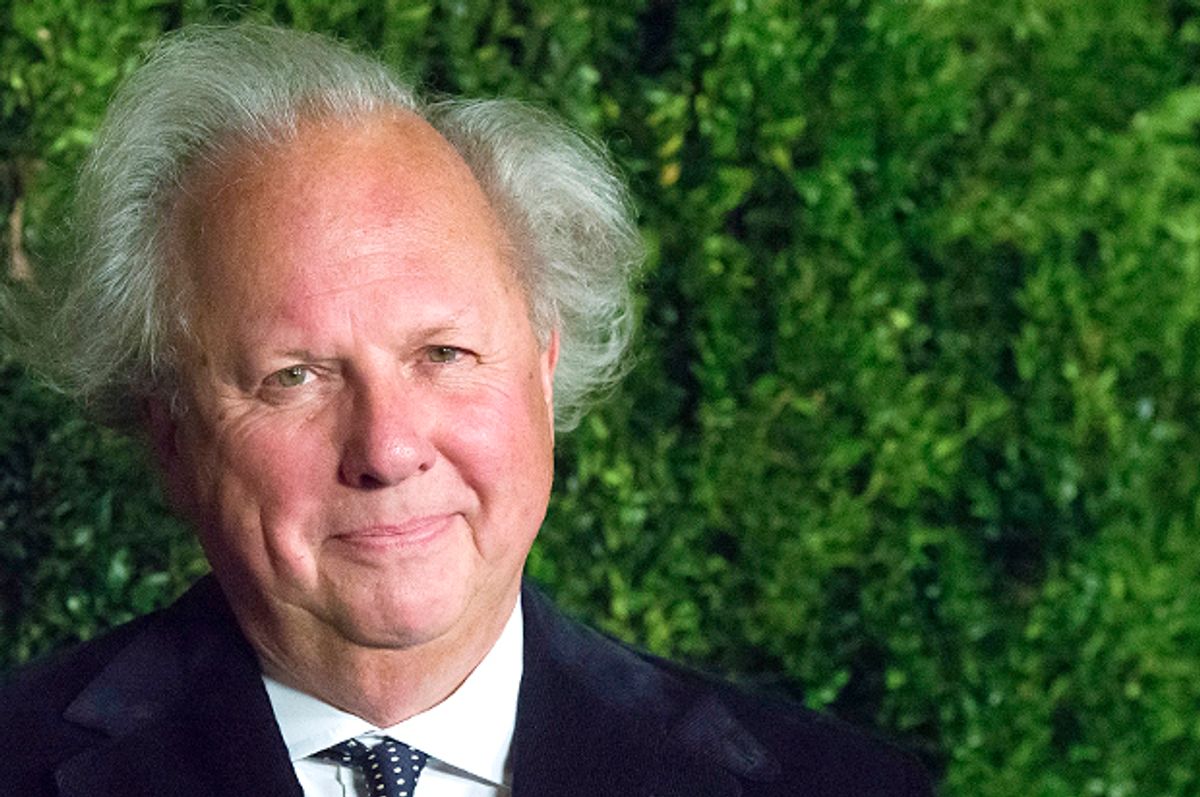 Variety reports that Vanity Fair editor-in-chief Graydon Carter will leave the top-shelf Condé Nast publication in December. Carter, who already had a florid career at Spy and other titles before joining the magazine in 1992, departs after a 25-year run that saw the glossy navigate the rough waters between the luxury-publishing heyday of the '90s, through the industry contraction of the '00s and the web-first era we now live in.

Condé Nast has not announced a successor to Carter, though he will still be involved in the development of the 2018 edition of the publication's always anticipated "Hollywood Issue."

The native Canadian helped angle Vanity Fair away from a title geared toward society coverage to a stronger publication leveraged on A-list celebrity and Hollywood coverage, smart, tart reports from inside Washington's halls of power, high-quality journalism and lush images from a coterie of top-tier photographers (Annie Leibovitz in particular). Throughout, he employed a long list of talented, singularly-voiced journalists and contributors who either were or would become celebrities in their own right, including the late authors Christopher Hitchens and Dominick Dunne.

Carter had previously been top of the masthead at the wry New York Observer and the even wryer (and tragically short-lived) Spy. It was at that latter publication that the term "short-fingered vulgarian" referring to Donald Trump first surfaced. The two New York figures would continue a rivalry across editorials and twitter posts that went on even past Trump's inauguration as the 45th president of the United States earlier this year.

Following those tenures, Carter took over the Vanity Fair from Tina Brown, the high-flying British editor who attempted to angle the publication toward a more biting and celebrity-centered voice and vision. After improving the title's subscription base, she would cycle through another of Condé Nast's premiere titles, The New Yorker, at rapid speed. She went on to found Talk, the magazine which, along with its decadent launch party, came to represent the hubris and short-sighted ways of late-90s publishing. It, as many other titles, disappeared in the recessions triggered by the 2001 terrorist attacks and the 2008-09 financial crisis.

It was exactly this storm of industry contraction that Carter navigated so well. By inching into digital publishing with a slate of quality writers and solid design before so many other Condé Nast titles did, Carter was able to channel the potential of the internet better than many of his peers in the luxury space. As well, ad revenues and subscriptions for Vanity Fair either rose during his tenure or performed well relative to the many other publications suffering from overall downward trends across the industry.

Perhaps even more importantly, Vanity Fair grew in popular esteem and notice throughout. Indeed, entry to the title's annual L.A. Oscar party has become as prized as getting a seat to the awards ceremony itself (some would argue more so).

Of course, his tenure hasn't been without detractors either. Critics have noted the title's ongoing and somewhat two-dimensional obsessions with the British royal family, the Kennedys and softball celebrity profiles for some time. Also, while America became more wary of the upper class, Carter continued to focus the publication on its interests and concerns, a function perhaps of the tony circles he inhabits and the elbows he often bumps.

While Vanity Fair is a well-performing title relative to general industry trends, it remains one of the most expensive to produce at a time when revenue from on-paper ads continues to shrink and web-based income hasn't truly filled the gap. Indeed, the era of high-spending, high-profile legacy editors such as Carter may be drawing to a close in this new reality.

While there is no concrete reason for Carter's departure the 68-year-old said in a statement, "I’ve loved every moment of my time here and I’ve pretty much accomplished everything I’ve ever wanted to do." He added, "I’m now eager to try out this 'third act' thing that my contemporaries have been telling me about, and I figure I'd better get a jump on it."