Hurricane Irma survivors: "Like something you see in a horror movie" 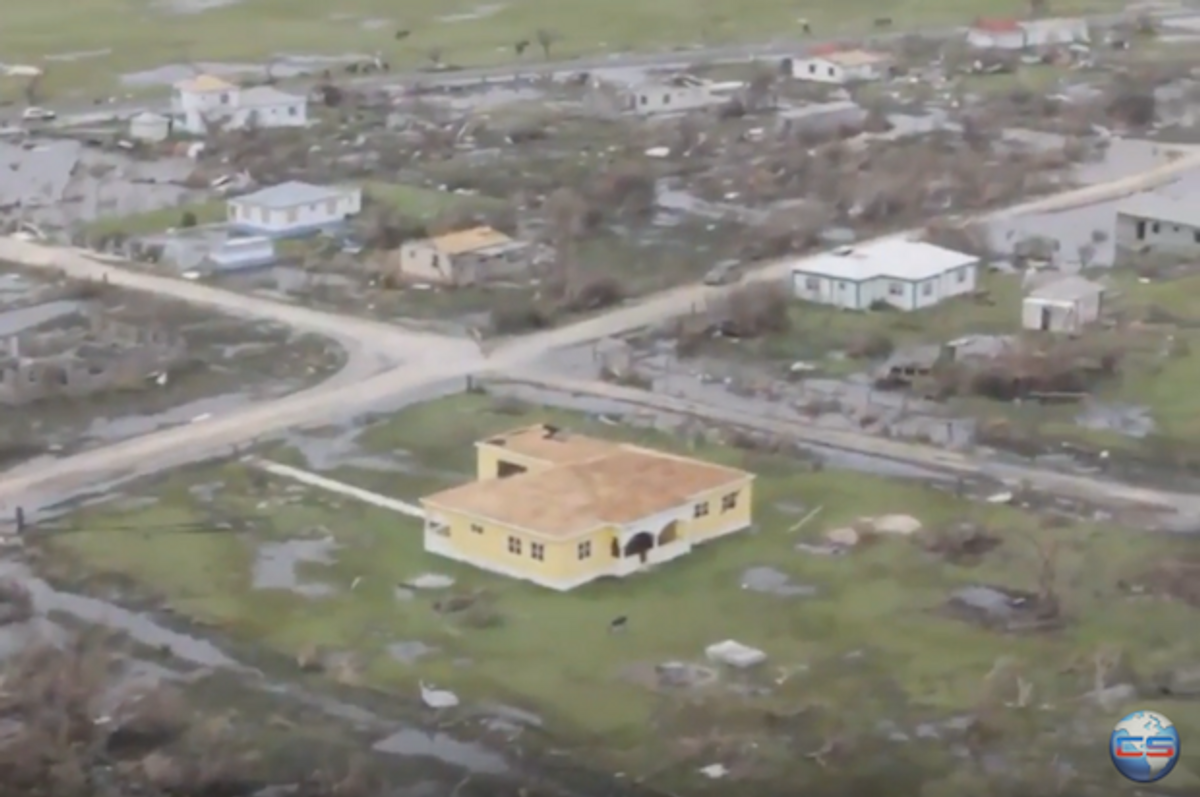 The early reports following Hurricane Irma's passage over Barbuda, a small island in the eastern Caribbean, describe a horrifying night of natural furies.

"What we experienced is like something you see in a horror movie. It's something you watch on TV but not something you actually expect to happen in reality," said Ms. Knacyntar Nedd, chair of the Barbuda Council, the island government.

"Persons were literally running from house to house," she said. "We had cars flying over our heads. We had 40-foot containers flying left and right. And the story that you are getting from most of the residents here is that the eye of the storm came just in time. Persons were literally tying themselves to their rooves with ropes to keep them down."

"This has been something I never imagined experiencing," said one resident named Rhoda. "It was horrible. It was devastating. It was sad and it was tragic."

"Last night was the most devastating night of my life and I am almost 60," said resident King Goldilocks. "Almost 90 percent of the houses either lose their roof or their house crumbled. Some people totally lost . . . I am homeless."

The island's entire housing stock was damaged, according to Prime Minister Gaston Browne. Sixty percent of the population is now homeless, he said.

On nearby Antigua, cargo planes were stockpiled with supplies to make their first aid deliveries, he said.

Hurricane Irma arrived as a category five storm, the most powerful form of hurricane, making landfall with sustained winds over 180 miles per hour.

Below is a video feed from a live camera on another eastern Caribbean Island, St. Maarten, as Irma made landfall.

The footage shows the full force of the crushing wind and relentless rain that devastated these islands. The storm is now slightly weaker, but still incredibly dangerous and heading toward Puerto Rico, the Dominican Republic, Haiti, Cuba and the southern part of Florida.