Clowns demonstrate outside screening of "It" claiming "great harm" done

The Thunder Bay Clown Club isn't opposed to "It," but they want people to see the happy side of clowning too 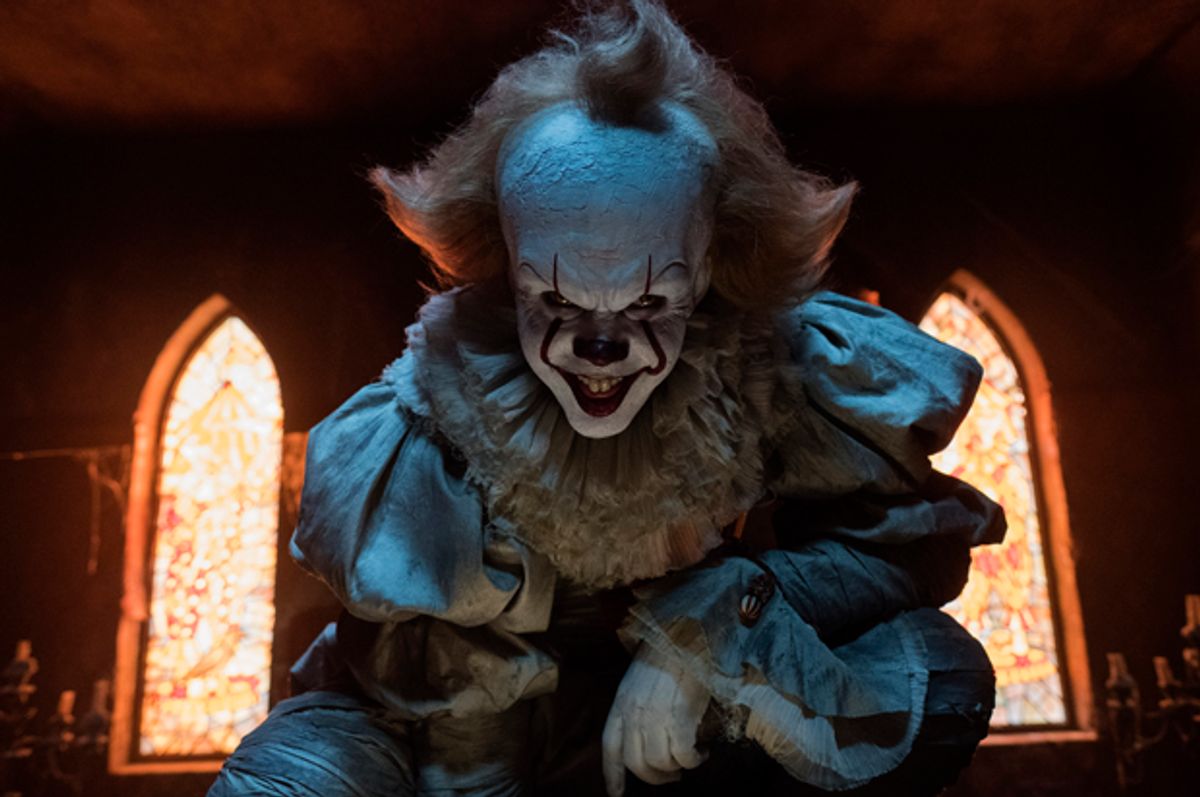 Bill Skarsgård as Pennywise in "It" (Warner Bros. Pictures/Brooke Palmer)
--

"It" may be garnering critical acclaim and massive box office bucks in equal measure, but that doesn't mean everyone is thrilled at its revival of Stephen King horror story and its creepy-clown villain, Pennywise.

Just ask the Thunder Bay Clown Club, which gathered outside an Ontario movie theater to contrast the evil clown image with a more positive one, according to a report by CBC. As Clown Club president Dan Baxter explained, "We just plan to hopefully be there and share greetings, like 'welcome to the theatre.' We're not protesting the movie. We hope people go, enjoy it."

He added, "We just want to show the positive image."

Similarly Dianne McNicol, also known as Dottie the Clown, handed out pamphlets denouncing the negative representation of clowns, telling Vice that "we feel that this has done great harm in the business of clowning and for clowns. A number of clown clubs have actually folded due to the negativity surrounding it."

McNicol added, "You need to remember that clowns are people too."

Not everyone blames "It" for the clowns' bad reputation. As psychology professor Frank T. McAndrew told Salon in an email, "I believe that the fear of clowns is BOTH a psychological and a cultural phenomenon. We are psychologically programmed to get creeped out by things that pose uncertainty or threat to us. Clowns are mischievous and unpredictable, so they press the ‘uncertainty’ buttons in our brain no matter where we are from."

McAndrew also predicted that the scary clown craze will eventually die down.

"I do think that we have reached the limit as to how scary clowns can be perceived to be, and I expect it to die down for a while after the release of ‘It’ has come and gone. However, I also predict that the scary clowns will be back again in the future . . ." McAndrew wrote.