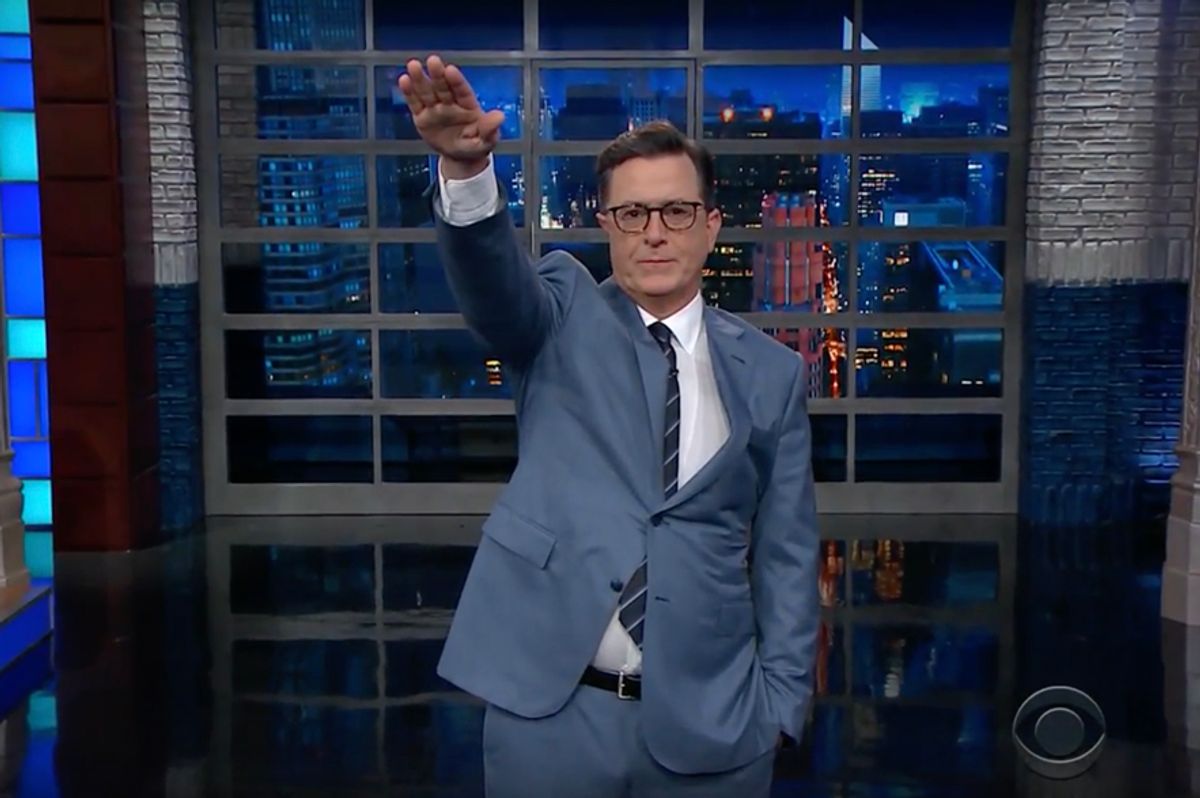 Thursday, Rose teased a sneak preview of the interview in which the former administration strategist and returning Breitbart leader talks DACA, the Catholic Church and his unwavering support for President Donald Trump.

So, it's only right that another CBS host took a stab at the preview.

"This Sunday, Bannon’s making his first post-White House TV appearance right here on CBS," Stephen Colbert said in his Thursday-night opening monologue on "The Late Show". "Surprisingly, it is not as a corpse on NCIS. How long was this guy floating in the harbor?'"

In the clip, Bannon claimed that the Catholic church supported DACA because "they need illegal aliens to fill the churches, it's obvious on the face of it," Bannon said.

"I mean Jesus laid out the whole marketing strategy," Colbert says, "Blessed are the meek, for they shall really fill up the pews. I'll take anybody. Peacemakers, lepers, Mexicans. Ka-ching!" It should be noted that Colbert is a devout, though particularly welcoming and unorthodox, Catholic

Bannon continued to clarify his disagreement with his church. "I totally respect the Pope," he said. "This is not about doctrine, this is about the sovereignty of a nation, and in that regard, they're just another guy with an opinion." Colbert added, "Yeah Steve, and now that you're not in the White House . . . so are you."

Rose also asked Bannon about his image in the media, which he responded, "The media image I think is pretty accurate," Bannon said, "I'm a street fighter."

"Yeah, you look like a street fighter," Colbert quips, "have you ever thought about fighting back?"

See the whole monologue below: