Coach Kevin Sumlin's wife tweeted a picture of a slur-filled letter, asking how this is okay in 2017 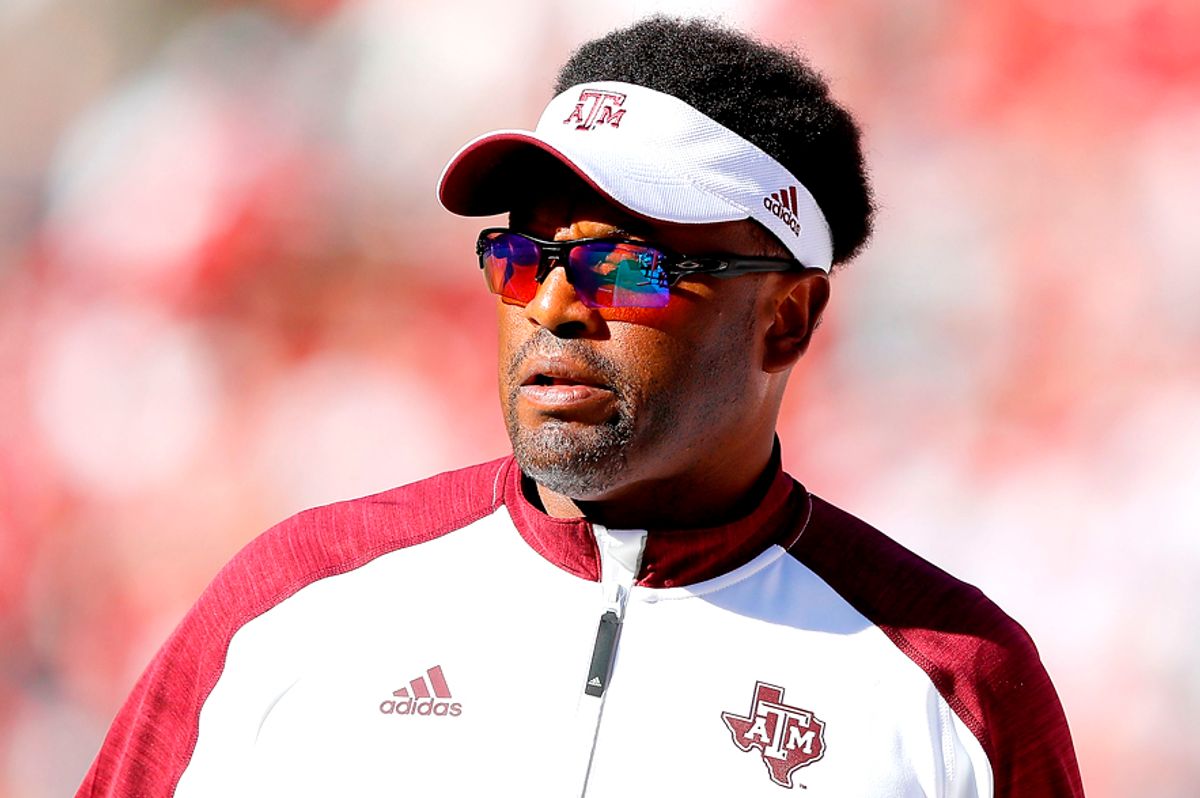 One particularly threatening letter read, "You suck as a coach! You're a n***er and can't win! Please get lost! Or else," and listed the Houston Country Club, in Houston, Texas as a return address. While Houston is some two hours away from College Station, the location of Texas A&M, it is still home to many of university's broad diaspora of Aggie supporters.

Sumlin's wife, Charlene Sumlin, posted at least some of this hate mail via her Twitter account saying, "People of 2017: please tell me how any part of this is ok. And to the sender: did it occur to you that a child may open it? #orelseWHAT?"

Sumlin daughters Shelby, a student at Texas A&M tweeted: "Imagine being a kid & reading this bs abt your dad. Things 'fans' say gets taken personal by more than just the coach. Humanity isn't hard."

Sumlin has felt a wrath of criticism in the wake of the devastating, season-opening loss, specifically from Texas A&M regent,Tony Buzbee, who wrote in a post on Facebook that Sumlin "needs to GO."

But the coach has remained positive and hasn't focused on the outside noise.

"I'm not in the business of really paying attention to anything outside this program, or comments good or bad," Sumlin said on Tuesday, according to ESPN. "My focus is on what we can do to be better. I don't really have time to get involved in things that are said about the program or about me."

Sumlin has not directly addressed the racist mail, but Texas A&M president, Michael Young, as well as athletic director, Scott Woodward, condemned the "disgusting and threatening letter," after his wife's tweet, according to ESPN.

"There is no excuse for hatred and, as a community, we will not allow the ignorance of some to intimidate any member of our community," the statement said. "On behalf of all Aggies, our thoughts are with Coach Sumlin and his family, and we will do all that we can to ensure their safety. We are working with law enforcement authorities to bring the sender of this letter to justice. We stand with the Sumlins and will not accept this inexcusable act of hate."