Why don't we ever see Donald Trump laugh? 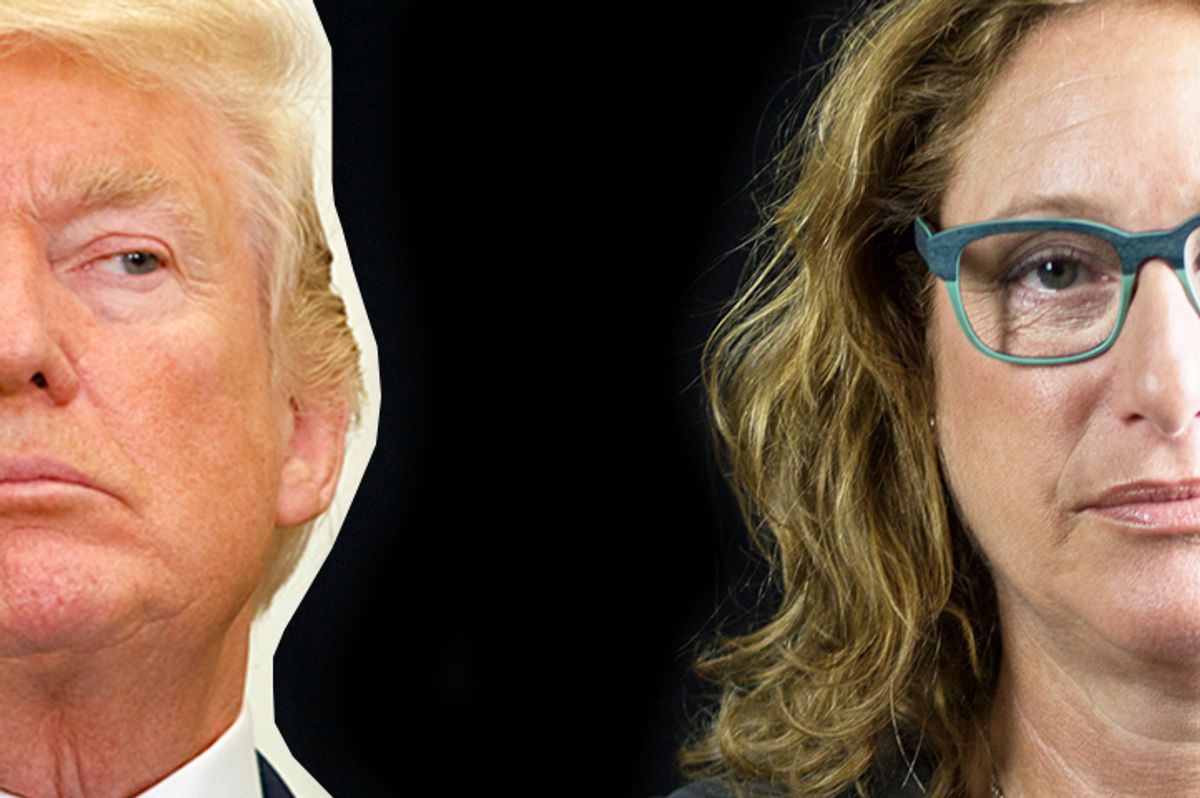 Veteran comic, writer and actor Judy Gold has honed her comedy skills through several presidential administrations, but she never could have imagined a commander-in-chief who won an election after famously calling a former colleague of hers a "slob" and a "pig." Yet among her television and stage credits, Gold is a two-time Emmy winner for her work on "The Rosie O'Donnell Show."

While comedians are accustomed to poking fun at current events and political figures, Gold — who cracked jokes about Nazis in the recent documentary "The Last Laugh" — admits our current dire time has created a whole new set of challenges for comics.

She spoke recently to Salon about how comedy is changing, and what she still finds she can laugh about. Here are some highlights of our conversation — watch the video for more.

On the right's missing funny bone:

Have you ever seen Donald Trump laugh? No. He doesn't laugh. There's nothing self-effacing about him. He has no sense of humor about himself.

On battling wits with the unarmed:

If you even look on Twitter, even when we're funny, when someone is writing something sarcastic or ridiculous, they don't come back with a joke. They come back with hatred, and prejudice, and "snowflake," and "F__k Obama" and "Hillary's emails." There's no humor in what they do. It's horrible.

I do a joke about Trump that when I look at him in comparison to all the other world leaders, when you see him standing there and there's Merkel, Macron and Trudeau, I realize he's the only human being who could make American Jews want to move back to Germany.