Without new blood, the campaign finance watchdog could face a shutdown 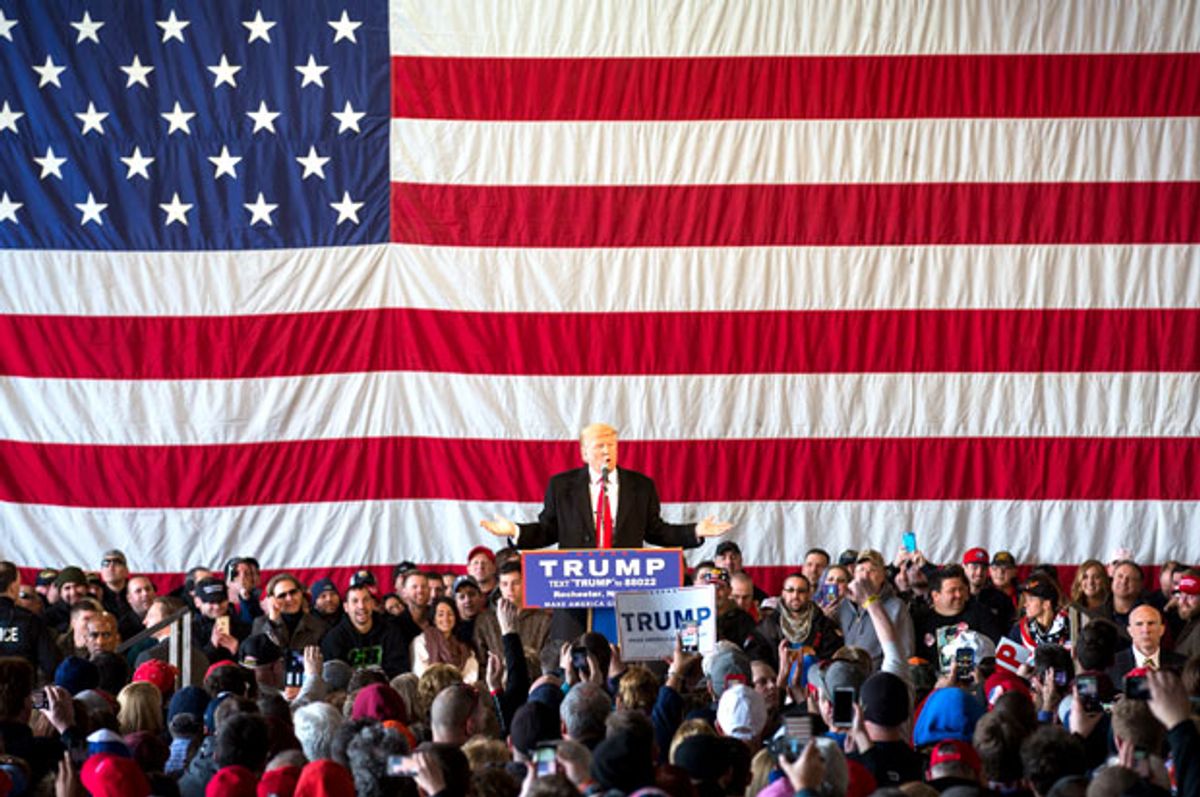 The Federal Election Commission is running low on commissioners.

President Donald Trump on Thursday nominated Republican Matthew Petersen to a federal judgeship, meaning the FEC is poised to putter on with the minimum number of commissioners — four — required to take official action on most anything of consequence.

Three of those remaining four commissioners are themselves wavering on whether they’ll continue serving. With 2018 midterm campaigns already afoot, what would it mean if the FEC fell short of a quorum? Plenty.

No completing new investigations of political actors suspected of misdeeds.

No new rules or opinions governing how campaign cash must be raised and spent. For example, in July, the commission ruled that members of Congress, still reeling from the shooting of House Majority Whip Steve Scalise, R-La., could use campaign funds for home security systems.

And certainly no action on what’s easily the thorniest topic now before the commission: whatever to do about Russian influence in U.S. elections.

“In a very practical sense, the FEC has no margin of error,” said Adav Noti, senior director for trial and litigation at the nonpartisan Campaign Legal Center who until April served as the FEC’s associate general counsel for policy.

And losing that quorum of four commissioners is hardly hypothetical: Republican Commissioner Lee Goodman wants to quit the FEC before Christmas.

In an interview Thursday with the Center for Public Integrity, Goodman wouldn’t say whether Petersen’s nomination will cause him to delay his own resignation. “Matt’s nomination certainly adds a dimension to my plan,” Goodman said.

Independent Steven Walther, meanwhile, hasn’t committed to staying on much past his one-year term as FEC chairman, which ends at the year’s conclusion.

And Republican Vice Chairwoman Caroline Hunter, a nine-year commission veteran who couldn’t be reached for comment, has previously been coy about whether she soon plans to leave the FEC for other potential opportunities — private practice, party politics, a spot in the Trump administration.

Even with a quorum, FEC action of any sort would require almost unprecedented unanimity among members of a frequently fractious foursome. If just one of the four commissioners fell ill, or declared a recusal-triggering conflict of interest, the remaining regulators would be forced to shelve commission business, at least in part.

The FEC is already “so dysfunctional now,” said Ann Ravel, a former Democratic commissioner who frequently clashed with her Republican colleagues and resigned March 1. “But it may [now] be exacerbated so people will understand that there is literally no chance of there being any consequence to the failure to abide by the law.”

As it stands, Trump could nominate a new slate of regulators to fill all six FEC commissioner slots.

That’s because Petersen and his four commissioner colleagues continue to serve as “holdovers” despite their six-year FEC terms having all long ago expired.

Ellen Weintraub, the commission’s lone Democrat, is an extreme: her term ended in April 2007 — two years before a certain billionaire businessman with an NBC reality show would tweet his first tweet. (Weintraub, who said Thursday she lamented how “people now may feel even more empowered to push against the law,” added she has no plans to leave the FEC voluntarily.)

But Trump, despite his “drain the swamp” mantra and anti-voter fraud zeal, has all but ignored the FEC — Congress’s post-Watergate answer to campaign shenanigans and election corruption.

His lack of interest is even more striking given that his White House counsel, Don McGahn, is a campaign finance and elections lawyer previously best known for waging war on campaign finance restrictions as an FEC commissioner.

Trump has yet to nominate anyone to fill Ravel’s seat, which has been vacant for more than six months.

White House spokeswoman Lindsay Walters declined to answer Center for Public Integrity questions about when the president plans to replace Petersen or nominate other new FEC commissioners. She also did not say whether Trump considers the FEC integral to fighting political swampiness.

Walther, the FEC chairman, said Thursday he hasn’t spoken with the president and has “no information at all” about Trump’s plans — if he has them — to name new commissioners.

While the FEC’s situation may look bleak, Andrew Woodson, an election law attorney at Wiley Rein LLP and Goodman’s former staff counsel, noted it might not be as rotten as some assume. Even an FEC without commissioners would still employ more than 330 staff members who in turn would field inquiries, process paperwork and attend to the agency’s most basic function: public disclosure of political committees’ spending and fundraising, as required by law.

That’s what happened in 2008, when the FEC lost its quorum for almost half a year while the U.S. Senate, which must confirm a president’s FEC nominees, clashed over then President George W. Bush’s picks.

Noti of the Campaign Legal Center added that a commission shutdown could, in the long run, even help the agency by “getting the press to write a bunch of stories about how the commission is powerless, which is the sort of pressure that, finally, could lead to significant changes and stop it from living in this zombie state.” But in the interim, “it is going to lead to confusion and uncertainty.”

One issue more than a dozen current and former FEC officials of all political ideologies could agree upon during interviews Thursday: they’ll miss having Petersen around.

“He has the temperament and competence to be an outstanding judge. He’s a gentleman,” Walther said.

“Matt was a calm and deliberate commissioner more than any commissioner I’ve ever witnessed,” Goodman said. “Some of us press the envelope a little with each other. Matt is a grounding force with a faithful and studied approach” to FEC business.

In a statement, Petersen indicated he would not immediately leave the FEC but declined to comment on when he might resign or whether the White House has committed to naming someone to fill his soon-to- be-vacated commissioner position.

Petersen is slated to join the U.S. District Court for the District of Columbia, which routinely reviews cases involving the FEC.

Given this, Petersen is “reviewing the relevant standards to determine when recusal would be appropriate,” he said.

It remains an open question whether Petersen would recuse himself if faced with an FEC case involving a U.S. senator who will ultimately vote on his judicial nomination or Trump himself, since the president nominated Petersen in the first place.