What Adolf Hitler and the Nazis learned from American racism 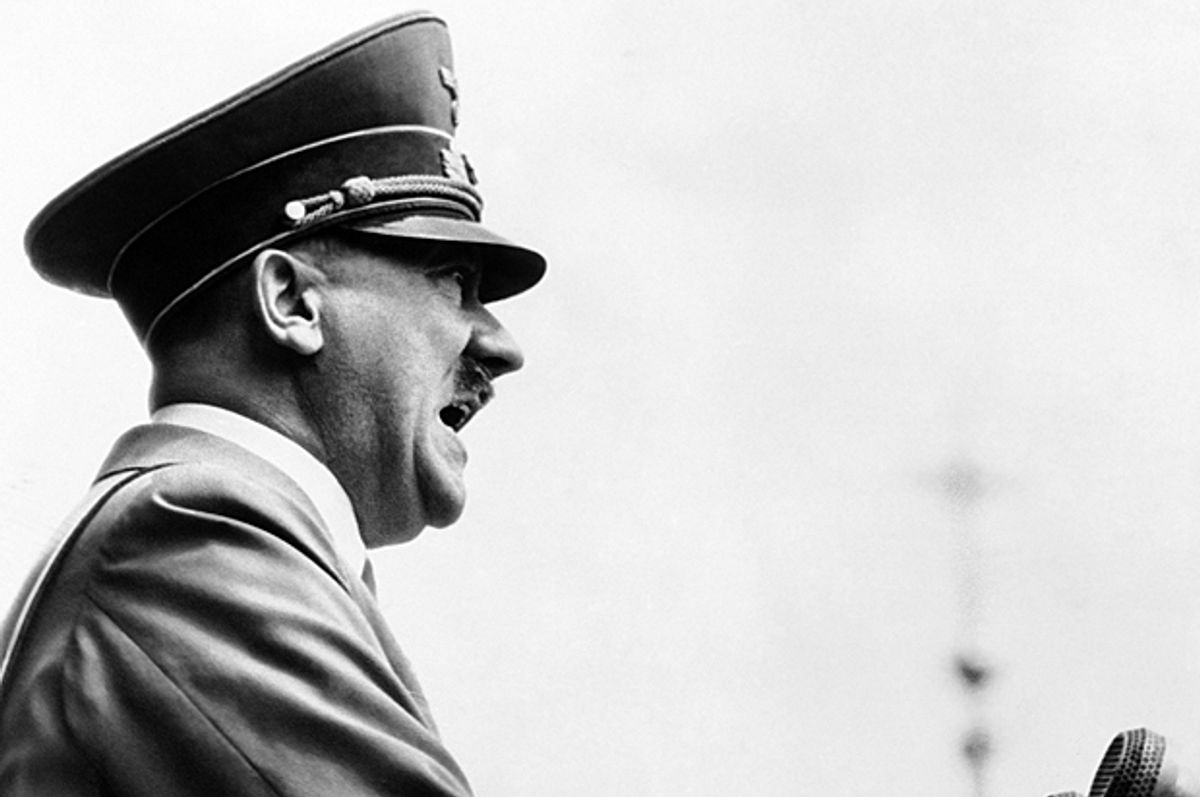 Donald Trump is a racial authoritarian and a fascist. He has repeatedly demonstrated these values. His cruel decision to end the DACA program and by doing so deport almost a million people who were brought to the United States as children — and who only know this country as their home — is but the most recent example.

In addition, Donald Trump argues that there were "fine people" among the white supremacists and neo-Nazis who rampaged around Charlottesville, Virginia last month, killing Heather Heyer and injuring dozens of other people. Trump also believes that he and his allies are above the law and that the American Constitution specifically, and rule of law more generally, do not apply to him.

Donald Trump is not an outlier. He is part of a long tradition of racial fascists, a tradition which includes the genocidal infamy of Adolf Hitler and the Nazi regime.

As always, the global color line cuts through all areas of political and social life, both in the present and for centuries past.

In an effort to understand how Donald Trump's fascist movement is part of a much larger (and older) global racial project, I recently spoke with James Q. Whitman. He is the Ford Foundation Professor of Comparative and Foreign Law at Yale Law School and author of the new book "Hitler's American Model: The United States and the Making of Nazi Race Law."

In our conversation, Whitman explains the troubling connections between the recent events in Charlottesville and resurgent Nazism, what the Nazis and Adolf Hitler learned from American racism, and how the United States' legal traditions could actually help racial fascism take hold.

As numerous public opinion polls and other research have repeatedly demonstrated, Donald Trump rode a wave of racism and bigotry to the White House. Whitman sees troubling echoes in the present of how Hitler rose to power: "The resemblance to what went on in Germany in the interwar period is very, very strong. The basis of Nazi politics involve precisely the effort to play with these types of resentments."

Whitman also warns that the law may not provide a defense against Donald Trump and the Republican Party's racist and fascist movement.

During this week’s episode of the podcast, you'll also hear my thoughts on Hurricane Harvey and what its devastating aftermath reveals about the color line, income inequality and disaster capitalism. I also "connect the dots" between the high level of support for Donald Trump among America's police, disinformation about the Black Lives Matter movement, and how the Department of Homeland Security and other federal agencies have now labeled anti-fascists as "terrorists."