Who in the hell is Felix Sater?! Everything you were afraid to ask about this suddenly important person 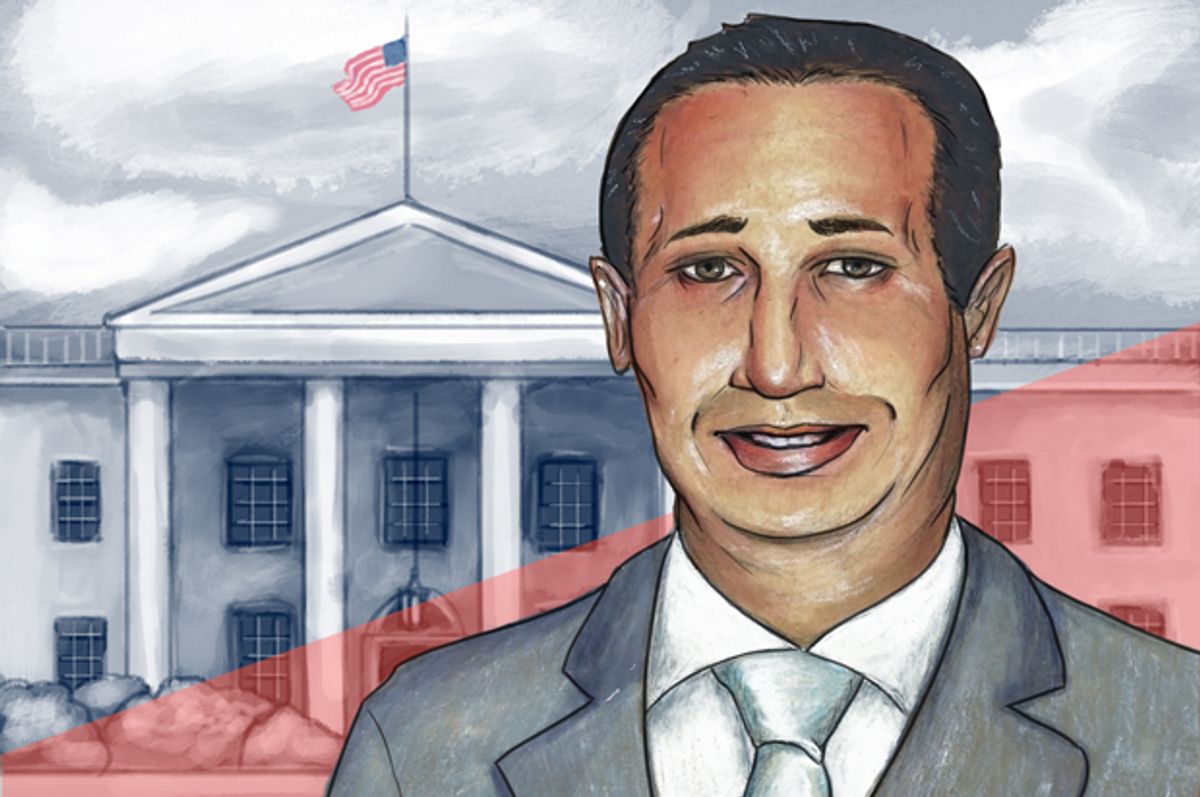 WHY WE CARE: Sater was the intermediary who brought Trump lawyer Michael Cohen and representatives of Vladimir Putin a plan in late 2015 to discuss building a Trump Tower in Moscow in exchange for sanctions against Russia eventually being lifted if Trump won the election. The Moscow tower plan fell through and was replaced by a more modest project: annexing six acres along the Ukranian border for a bank of video poker machines.

Shortly after Trump’s inauguration, Sater orchestrated another meeting about lifting sanctions. Last February, responding to one proposal, Russian Foreign Minister Sergei Lavrov rejected Russia leasing Crimea from the Ukraine by claiming, “We cannot rent from ourselves.” Forty-eight hours later, Roy Cohn faxed Lavrov from Hell: “What do you mean ‘we?’”

DON’T GO AGAINST THE FAMILY: Sater moved to the United States from Russia when he was eight. (That’s right, ladies, he’s dreamy, and a dreamer!) According to the FBI, Sater’s father Mikhail Sheferovsky was a Russian Mafia underboss, also known as the Cosa Borschtra. Sheferovsky was convicted of extorting money from local restaurants, grocery stores and medical clinics. Whoa. Whoa Whoa. He didn’t extort money from local liquor stores? And this guy calls himself a businessman?

In 1998, Sater pleaded guilty to involvement in a $40 million stock fraud scheme orchestrated by the Russian Mafia. In exchange for his plea, he agreed to become an informant for the FBI. Unfortunately, because the Bureau did not give him the Whitey Bulger Preferred Rat Status, he was not allowed to kill anybody. Maybe “not allowed” is too strong a term. Let’s say it was frowned upon.

NOT PASSING THE BAR: In 1991, Sater was convicted of first degree assault after he got into an argument with a commodities broker at the El Rio Grande restaurant in Manhattan. He stabbed the man with a margarita glass, causing wounds that would require 110 stitches. He served 15 months in prison, paroled early after he agreed to pay the victim’s medical expenses. Unfortunately, Sater’s insurance carrier, Nyetna, had a 112-stitch deductible.

There are conflicting reports over what the argument was about. Witnesses claim it was over the El Rio Grande’s need for all frozen margaritas to be served by ICE. Some insist it was over the Young vs. Old Elvis stamp. Donald Trump Jr., who was 13 at the time and not there, claims it was over adoption.

I’M A BUILDER. YEAH, YEAH, THAT’S IT . . . A BUILDER: In 2003, Sater joined Bayrock Realty after being courted by the company’s owner Tevfik Arif. Wait a minute. I thought the owner of Bayrock Realty was Mr. Slate.

Sater also worked for Sembol Construction, a privately-held construction company based in Istanbul. And he had zero to do with Michael Flynn getting paid by the Turkish government $250,000 to give a seminar on how to tie a Windsor knot. Zero. Never happened. Show’s over. Move on.

Sater recently told the LA Times that during the early 2000s, “I was building Trump Towers by day and hunting Bin Laden at night.” Breaking only for Tae Bo with Ivan Drago and dinner and drinks with Deadpool.

Sater has been involved with several Trump projects. Trump Soho, Trump International, and he oversaw the 2007 demolition and restoration of Trump’s hair color from Barely Legally Blond to Ari Gold.

PRESIDENT TRUMP ON FELIX SATER: “Good guy. Good guy. Don’t know him. Never met him. He says he worked for me? A lot of people worked for me. And I banged a lot of supermodels. What does that mean? Other than creating jobs, of course, which is what we’re trying to do. Actually, we’re not trying to do it, we’re doing it. Actually, and I want to get this right, we’re doing it and we’re looking into it. I have to say, if I could be honest, and I need to look into that, I had no idea how much stuff you had to look into as President. Before I had my massive victory which they’re still talking about, I didn’t have to look into anything. A guy I’ve never met would tell people he worked for me, I would bang a model, that would be it. I really don’t understand why I have to look into all this stuff. We’re looking into that. By the way, not to change the subject, but did you see me pick up that black kid in Houston? A wet black kid. I’d like to see Hillary do that. You know, she has tuberculosis. Obama tapped the switchboard at the Mayo Clinic. Now, there. There’s your story. Not some guy I never met.”

NICE CREDIT: Sater lives in Port Washington, where he was named Chabad of Port Washington’s Man of the Year in 2010 and 2014, both year’s edging out Chuck Schumer’s urologist.

Comedy Donald Trump Felix Sater Satire Who In The Hell Is