If you like the way "American Horror Story: Cult" deals with history, here's a watchlist of other titles to try 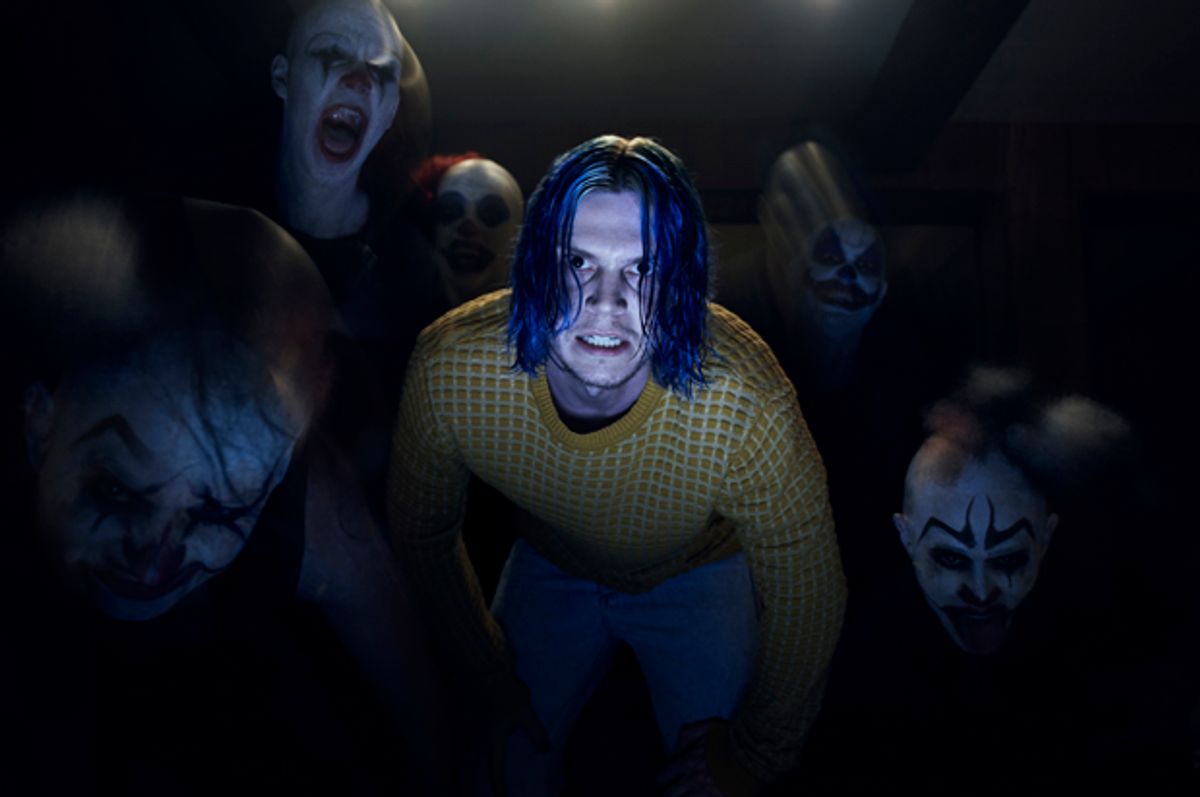 This week saw the premiere of the latest season of Ryan Murphy's always ambitious, always wild small-screen anthology "American Horror Story." This season, called "American Horror Story: Cult," kicks off during the 2016 presidential election, a real-life moment that — for many — was as surreal and terrifying as anything Murphy's wickedly grotesque series has offered up in its seven years.

The opening episodes have done a great job of exploring not the candidates of Hillary Clinton and Donald Trump themselves, but rather the types of people who support or oppose them. It's just the latest example of Hollywood embedding its odd, odd fictions into real political moments — or at least situations that look like real political moments — that teach us not just about history, but about ourselves in general.

Now, it's impossible to say whether this season of "AHS" will stick the landing, but the fact that it's attempting something this ambitious is commendable. Indeed, there are only a few films and television shows that have pulled off the feat. Below are just a few of the best onscreen examples that, by offering up weird, wild simulacrums of political reality, managed to reflect a light back at us and make our reality that much clearer with intelligence and aplomb.

"Donnie Darko," 1988
The opening line of this movie is "I'm voting for Dukakis" (a reference to an also ran I've mentioned in the past as being vastly underrated), and while the movie itself doesn't have much to do with the 1988 presidential election, this scene does a brilliant job of interconnecting the themes of post-Reagan era politics — fiscal conservatism, conflicts over gender roles — with the film's larger exploration of progress and generational successions.

"The Time Element," 1958
This script, which originally aired on "The Westinghouse Desilu Playhouse" in 1958, ultimately paved the way for the classic TV series "The Twilight Zone." What makes it so compelling today, though, is the insight it provides into how Americans in the 1950s viewed Pearl Harbor. Although we tend to romanticize the attack in 2017, back in 1958 it was viewed with the same horror with which we perceive the September 11th terrorist attack today.

"The Twilight Zone," "Back There," 1961
Similar to "The Time Element," which tells the story of a man who travels back in time and tries to prevent Pearl Harbor, "Back There" tells the story of a man who goes back in time and attempts to stop the assassination of President Abraham Lincoln. Unlike "The Time Element," however, "Back There" is more about the philosophical and scientific theories that underpin time travel as a concept rather than the historical events themselves. Its conclusion is appropriately ambiguous.

"Family Guy," "Meet the Quagmires," 2007
While most of the political/historical intersections on this list are dramatic, this one happens to be comical. Like "American Horror Story: Cult," the plot revolves around a controversial presidential election — this time, the 2000 contest between Al Gore and George W. Bush. Not surprisingly, the show imagines an America that is happier, healthier and more technologically advanced because Gore was allowed to serve.

"11.22.63," 2016
Whether it's the Stephen King novel or the television adaptation, this story (much like "Back There" before it) uses a presidential assassination (in this case, that of John F. Kennedy) to explore the deeper conceptual issues behind time travel. Also like "Back There," it posits that when you try to alter the timeline, you invite a host of unforeseen consequences.

"Forrest Gump", 1994
No list involving fiction that intersects with the past is complete without this entry. The movie's ability to incorporate major political, social and cultural events from the 1950s, 1960s and 1970s remains as much a technological marvel as a storytelling one. For individuals who remember the period from the Dwight Eisenhower presidency to the Gerald Ford administration, I would imagine it's an unparalleled delight.

"Dick," 1999
This is an audacious political comedy that really should not have worked. Released a quarter-century after the Watergate scandal resulted in President Richard Nixon's resignation — and only six years before W. Mark Felt outed himself as Deep Throat, the anonymous source who helped destroy the president — it speculates as to whether it would have been funny if two bubbly, ditzy teenage girls had been Deep Throat all along. The answer is yes, it would have been hilarious.

"Inglourious Basterds," 2009
This is another bold piece of historical fiction because (spoiler alert) the movie ends with Adolf Hitler being assassinated at a movie theater. Unlike "Back There" or "11.22.63," "Inglourious Basterds" doesn't waste its time with heady theories about how history may have actually been worse had it unfolded differently from what we ultimately saw. It just speculates that it would have been wicked awesome if the director of "Cabin Fever" and the "Hostel" movies (Eli Roth, who is Jewish) had a chance to shoot Hitler in the face. And indeed it was.

"C.S.A: The Confederate States of America," 2004
This mockumentary posits what would have happened had the South won the Civil War. Its speculations have less to do with history than with analyzing modern race relations through a counterfactual lens — but it is as brilliant as it is entertaining.

"The Godfather" trilogy
These movies manage to seamlessly weave in a number of historical events into their narratives. These include the wave of Italian immigrants into the United States at the turn of the 20th century, the attack on Pearl Harbor and the Cuban Revolution (which Michael Corleone wisely predicts will succeed, even when others doubt it, because of the determination of the revolutionaries).

"X-Men: First Class" and "X-Men: Days of Future Past"
Not all of the historical intersections in these two movies work (having JFK turn out to be a mutant, and Magneto responsible for the magic bullet theory, is a bit much), but most of them are clever. These include the use of the Cuban Missile Crisis in the first film and the Paris Peace Accords in the second one.

"Watchmen," 2009
Based on the classic Alan Moore graphic novel about superheroes in the real Cold War world, this movie includes a future in which the Vietnam War ended because of an invincible superhero named Dr. Manhattan, Richard Nixon managed to get elected to five terms as president, and the world is rampant with crime and political extremism.