Feeling a sense of belonging at work can spark innovation, wild ideas 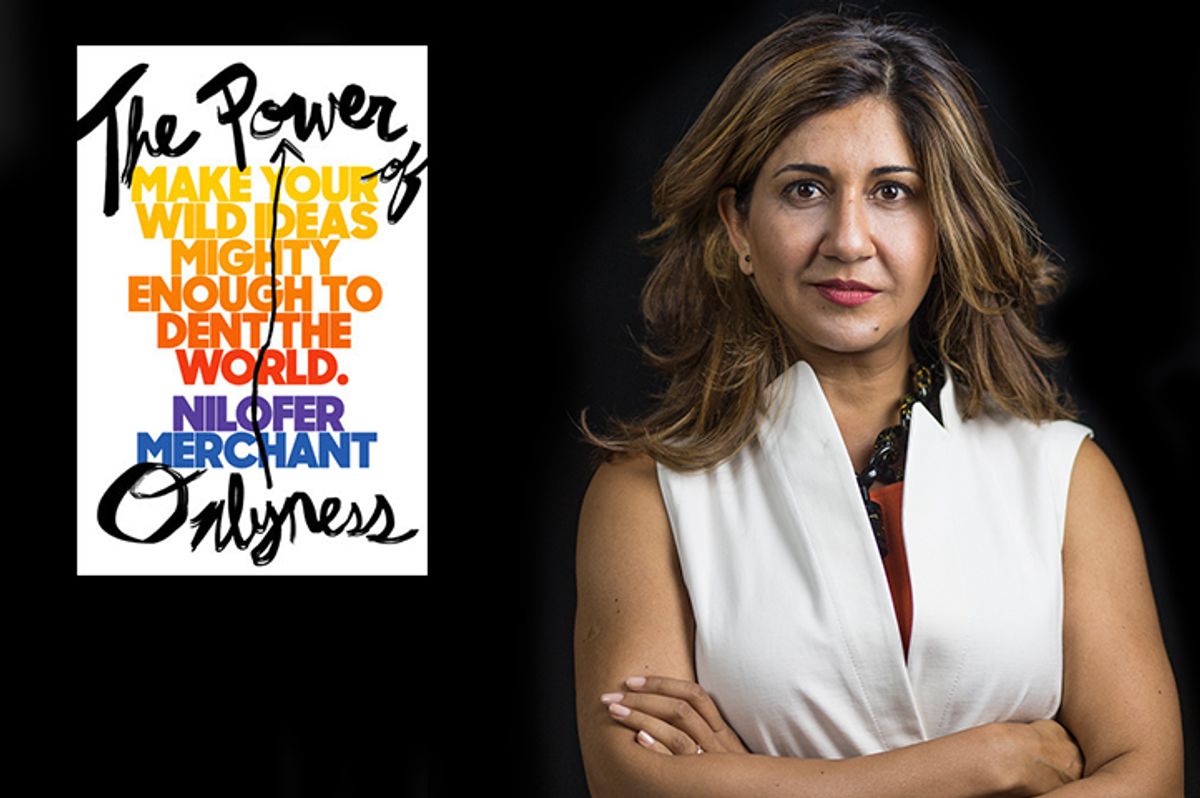 For author Nilofer Merchant, it's our ideas that give us power today, not social status.

In her new book "The Power of Onlyness: Make Your Wild Ideas Mighty Enough to Dent the World," she examines the rise of powerful ideas and causes, such as Black Lives Matter, viral change.org petitions and Hollywood's Black List, as examples of how passion and innovation can disrupt the status quo.

Merchant is a three-time author and a TED Talks speaker and has worked with various Fortune 500 companies and startups, including Apple, Autodesk and Golive (later bought by Adobe). Merchant, who was awarded the "Future Thinker Award" from Thinkers50, talked with Salon's Alli Joseph on Salon Talks about the concept of "onlyness" and the importance community has in making big ideas flourish.

Here are some highlights from the conversation. Watch the video above for more on wild ideas and tune in to the full Salon Talks episode for how to transform "otherness" to "onlyness."

It's how we all add value in the world... but the thing is that for thousands of years, a bunch of our "only's" have been told you don't count. It could be because you're a woman, a person of color, because you're super young or super old, there's all these group-isms that affect whether or not someone is actually seen for the ideas they have, versus how much power they have.

On the connection between "belonging" and innovation:

If we have to pick between belonging on one hand and our ideas on the other, belonging wins every single time. It's like rock, paper, scissors, but paper always covers rock.

Belonging has to triumph over ideas. So if we are in a corporate setting, for example, and our boss doesn't believe in us, and doesn't say "take a risk and I'll have your back," we will never show up with an original idea and all innovation starts to diminish. But then, we've all been in situations where our boss gets us, our team gets us, and they're like "bring it, and even if you fail, we'll help you figure it out." That's a very different kind of context. That's how come ideas are so limited is because a whole bunch of us are not seen as the distinct people we are.