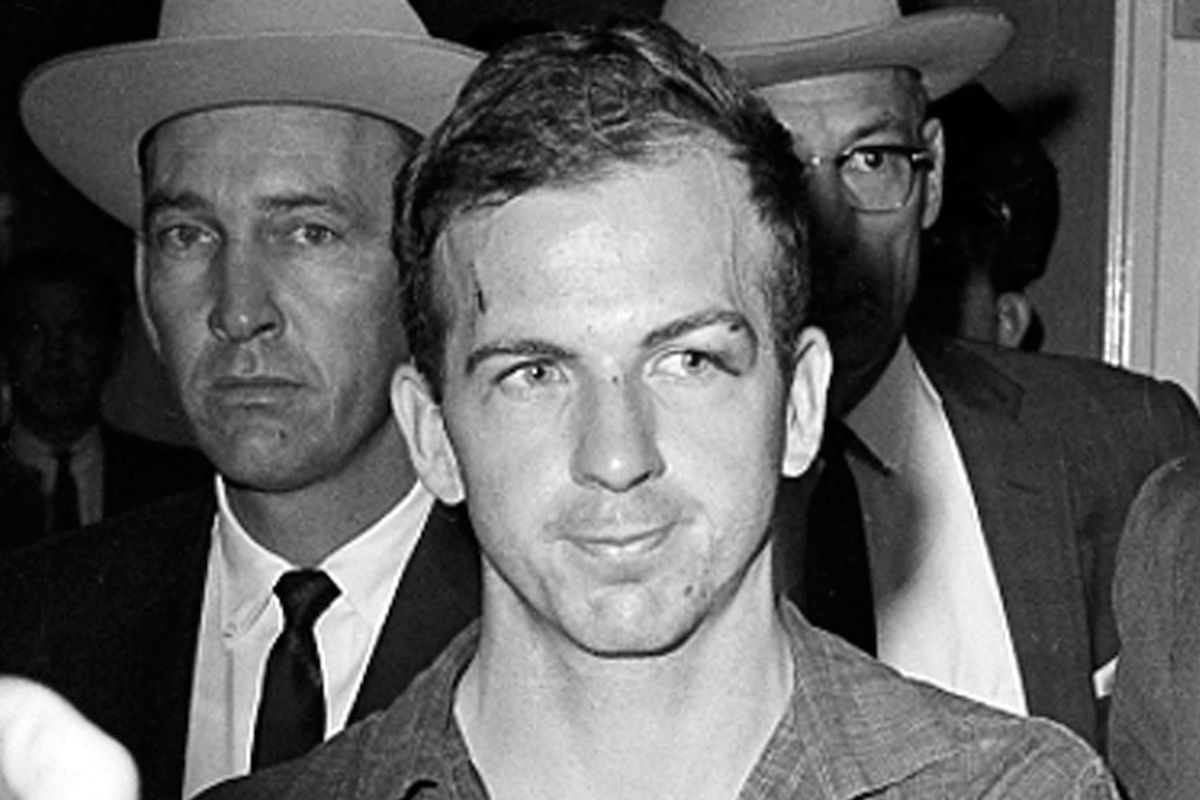 All of the U.S. government's files on the assassination of President John F. Kennedy are supposed to be released by October 26. But one batch of CIA records on suspected assassin Lee Harvey Oswald has gone missing.

The records were part of a seven-volume file on Oswald held by the agency's Office of Security. The OS is responsible for protecting CIA property and vetting agency personnel, and maintains a file system independent of the CIA's Central File Registry. Declassified CIA records show that Volume 5 of the file records existed as recently as 1978.

The disappearance of the records, discovered by JFK researcher Malcolm Blunt, is significant because the Office of Security was the first component of the CIA to open a file on Oswald, an ex-Marine who defected to the Soviet Union in October 1959 and was later charged with killing JFK in Dallas on Nov. 22, 1963.

As a result, conspiracy theories have proliferated over the years, including President Trump's bogus claim that Ted Cruz's father was involved.

The disappearing Oswald file is the latest in a series of remarkable revelations that news organizations have found in long-secret JFK assassination files made public for the first time by the National Archives in July.

WhoWhatWhy reported on documents showing that the mayor of Dallas at the time of JFK’s assassination, Earle Cabell, was a CIA asset in the 1950s. His brother, Charles Cabell, was a high-ranking CIA official until 1962.

While the documents don’t show that Earle or Charles Cabell had any connection to JFK’s assassination, they do illuminate that the CIA’s extraordinary penetration of domestic American institutions extended to the city where JFK was killed. If anyone had said over the last 50 years that the mayor of Dallas in 1963 was a CIA asset, they would been derided as a conspiracy theorist. Now we know for a fact that he was.

Ian Shapira of the Washington Post plumbed the new records to recount the secret interrogation of Yuri Nosenko, a KGB intelligence officer who defected to the United States in 1964. Nosenko was detained without charges for four years in what would now be called a CIA black site.

The Nosenko affair (celebrated by HBO) was a key chapter in the CIA’s reaction to JFK’s assassination. James Angleton, the powerful chief of counterintelligence, suspected Nosenko had been dispatched by the KGB to conceal the Soviet ties to Oswald and the assassination. The interrogation of the "foul traitor” Nosenko failed to confirm Angleton’s conspiracy theory, according to the Post.

Writing for Politico, professor Larry Sabato and journalist Philip Shenon reported that one new CIA file showed that in the mid-1970s, one of Angleton’s top lieutenants came to doubt the Warren Commission's finding that JFK was killed by Oswald, alone and unaided. Sabato and Shenon argue that the JFK investigation was “botched” and the possibility of a Cuban government involvement was ignored.

Collectively, the new JFK files pour more cold water on the “KGB did it” conspiracy theory, while encouraging questions about the “Castro done it" theory. Mostly, the new files illuminate how the CIA resisted investigation of Oswald after JFK was killed, and why the public, and CIA officials themselves, came to reject the official story of a lone gunman.

Officials of the National Archives have told AlterNet they will release thousands of pages of additional secret JFK records before October 26.

Given the recent revelations, the disappearance of part of Oswald's first CIA file is curious, if not suspicious.

The handling of information about Oswald before the assassination shows that he was a figure of deep and constant interest to Angleton and his staff in the four years before JFK was killed. So conspiracy theories notwithstanding, Oswald’s CIA security file is historically significant.

As I show in my forthcoming biography of Angleton, the opening of Oswald’s Office of Security file in December 1959 was an unusual deviation from standard CIA procedures,

Standard procedure, as prescribed in agency directives, required agency personnel to immediately open a personality file (in government lingo, a “201” file) on a military defector like Oswald. Yet the CIA's 201 file on Oswald was not opened until a year later, in December 1960. During that year, the OS file was controlled by Betty Egerter, an aide to Angleton.

The CIA didn’t share this fact with JFK investigators in the 1964. When congressional investigators discovered the delay in 1978, neither Angleton nor his boss, deputy CIA director Richard Helms, could explain it.

Testifying under oath to Congress in October 1978, Angleton pleaded ignorance.

"I don't know why it would take that long," Angleton said.

The anomalies and deceptions that surround the handling of Oswald’s file suggest that the ex-Marine Corps radio operator was used, wittingly or unwittingly, for a CIA intelligence purpose before he was arrested for killing Kennedy. Whether that intelligence purpose was part of a conspiracy to kill the liberal president, or a cosmic miscalculation of certain CIA officers interested in Oswald is a matter of debate.

Two days after his arrest, Oswald was killed in police custody by Jack Ruby, a nightclub owner with organized crime connections.

In an email to AlterNet, Blunt, a retired British mental health professional with deep knowledge of the internal workings of the CIA in the 1960s, calls the disappearance of the records "obfuscation for a reason." "It had to be done because of an interest — undisclosed and unknown — in Mr. Oswald's records.”

By law, the missing volume of Oswald's OS file, if it exists, has to be made public by Oct. 26, 2017 the day all of the government's JFK files are supposed to be made public. But does it exist?

The CIA's story — that Vol. 5 never existed — is dubious. The OS volume is known to have existed in the 1970s because a declassified record found by Blunt shows that CIA officials and congressional investigators had access to it.

“The attached notes were taken by Betsy Wolf, a staffer with the House Select Committee on Assassination who received Volumes 1-4 and 1/2 of Volume 5 of Lee Harvey Oswald’s security file,” an unnamed CIA official wrote in 2012. Obviously, Wolf could not have received half of Volume  5 if it didn't exist.

Wolf's sketchy notes cite only the numbers of CIA documents, but say nothing about their contents.

Blunt asks the right question, which only the CIA can answer:

"Sometime between the HSCA closure in 1979 and the late surfacing of those files in 1997, one volume, Vol. 5 disappeared. This beggars the question; for what possible reason? The intact files were previously given to both the SSCIA [Senate Select Committee on Intelligence Activities] and the HSCA, so why did the CIA ‘not find them’ until a direct, specific request from the ARRB in 1997? And then, why turn them over minus volume 5?"

Stay tuned for more on the story of the disappearing Oswald file.