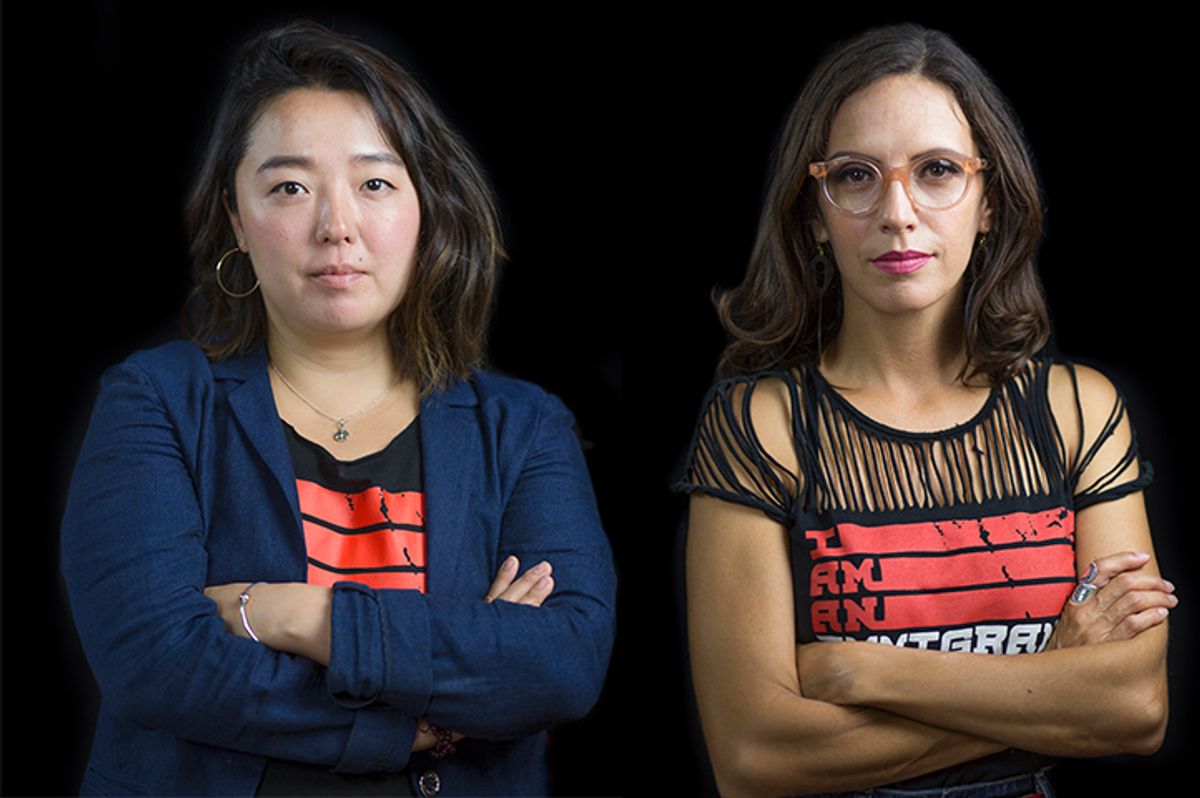 President Donald Trump's back-and-forth position on the DACA program has been confusing and irresponsible. But for the roughly 800,000 Dreamers, their status and livelihood remains in question.

Paola Mendoza, artistic director of the Women's March, and Angie Kim, community organizing fellow at the MinKwon Center for Community Action and a DACA recipient, joined Salon's Amanda Marcotte on Salon Talks to discuss the consequences of repealing DACA for immigrant families. Both Mendoza and Kim were arrested Tuesday in New York for protesting Trump's DACA announcement.

Here are some highlights from the conversation. Watch the video above for more on their experiences and tune into the full Salon Talks episode for their thoughts on Congress and the future of dreamers.

Paola Mendoza on why Dreamers can't get papers:

There's a myth out there that we have to have the American public understand. There is no line for people to get in in order to get their papers. It doesn't exist. So, for everyone that's out there saying 'well, DACA recipients should have just gotten in line and they should just get their papers,' that's not how the immigration system works at all. There is no line. DACA is the road that we had for these young people to actually be contributing members of society. Those that were being educated, those that were working, those that were doctors and lawyers, and all of those people were able with DACA to contribute. And now, we're at a place where in six months if nothing happens, 800,000 young people will no longer have access to work.

We're seeing the executive branch and the Congress tossing the responsibility to each other back and forth and frankly, a lot of the immigrant community, and myself are just tired of it. We're tired of being the bargaining chip, and putting our lives on the line, while these leaders of the country can't really do the right thing and the humane thing.