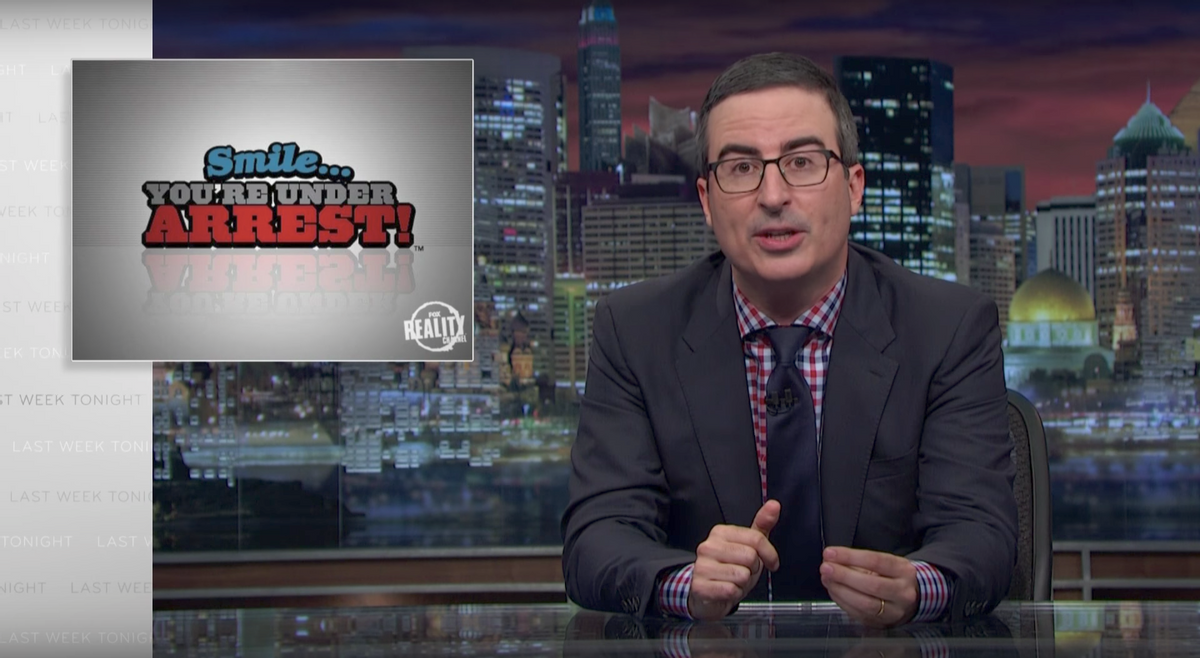 "Last Week Tonight" returned from its hiatus Sunday to cover a news story that needed John Oliver's patented satire to drive home just how crazy the whole ordeal was. Oliver devoted the show to President Donald Trump's pardoning of Joe Arpaio, "a man who answers the question: What if a decaying rotten potato somehow hated Mexicans?” the comedian joked.

Oliver made sure his audience understood that Arpaio "was not 'just doing his job, he was also doing something illegal."

"You wouldn't say that John Wayne Gacy was just doing his job, even though he was, by all accounts, a pretty good birthday clown," Oliver added to drive the point home.

In fact, Arpaio broke the rules of law that he swore to uphold. And he did it in the most humiliating way possible. Arpaio's treatment of the prisoners in "tent city" are well-documented. He made his prisoners eat rotten meat, for example, and filmed women in the restroom facilities.

He also made his inmates wear pink underwear and striped prison garb. "That is just awful," Oliver said. "The pink underwear is fine, but no one should be forced to wear horizontal stripes. They widen the silhouette; that is a fact. That's a fashion fact."

"Actually he welcomed it because he loves being on camera so much that he essentially spent years treating prisoners as props for a reality show, and sometimes literally," Oliver said. "He actually had a short-lived show called, 'Smile you're under arrest.'"

Trump's pardoning of Arpaio finally makes sense when taking into consideration his treatment of undocumented immigrants, specifically the DACA policy. Going back to the 2016 elections, Trump has given a variety of opinions on Dreamers.

“He’s all over the place,” Oliver said. “Dreamers have to go. Or maybe they can come back. Or maybe they don’t have to go at all. And in the meantime, 800,000 people’s lives are in the balance.”