The Christian reality-TV star steps into another pile of hypocrisy 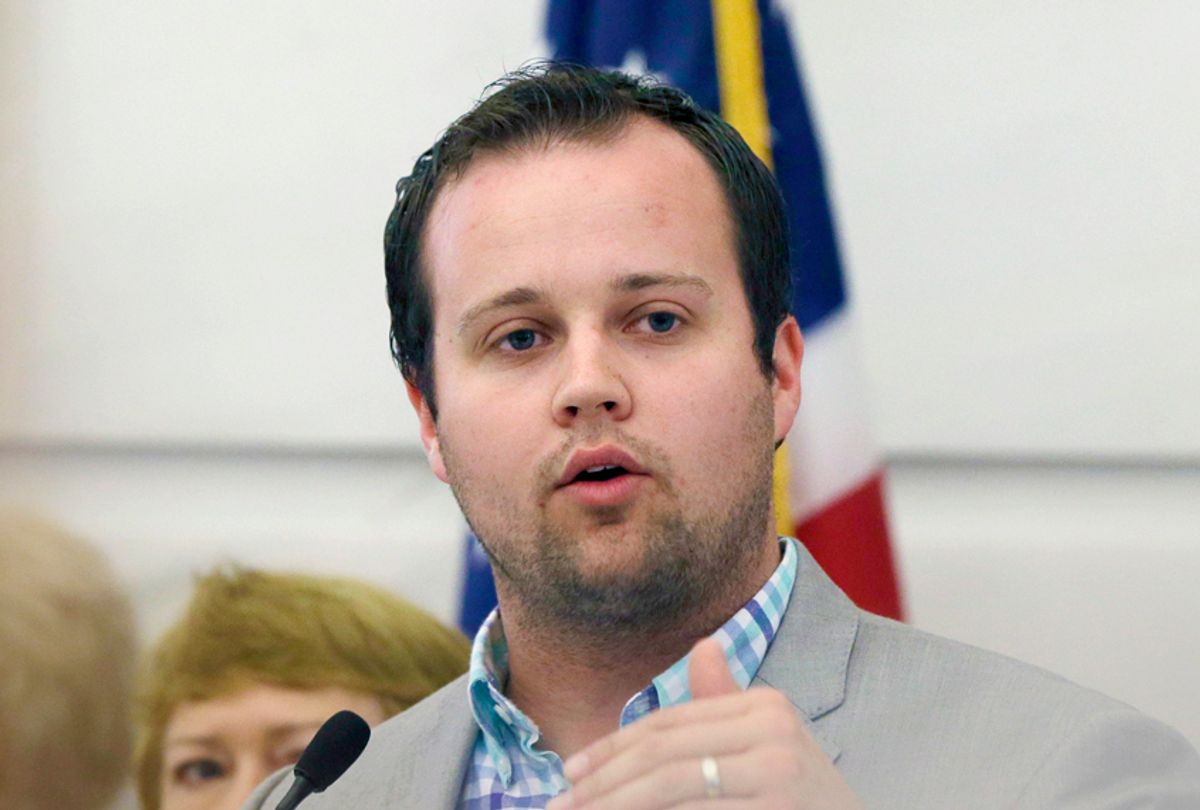 McCarthy is seeking undisclosed damages, according to People for Duggar's wrongful use of his photo on his Ashley Madison profile, a website that facilitates extramarital affairs. McCarthy says he's lost work and was harassed because of it. He also cites a long list of residual effects: “prolonged pain and suffering, anxiety, depression, embarrassment, humiliation, loss of self-esteem and extreme and severe mental anguish and emotional distress including but not limited to frequent panic attacks, disruption of sleep and insomnia, mood changes, fits of anger, a loss of interest in pursuing both professional and personal endeavors, and a complete loss of self-confidence," the file claims.

Duggar is no stranger to controversy. The "19 Kids and Counting" star was publicly discredited in 2015, when the news broke that he molested five underage girls when he was a teen. Four of the girls were his sisters, his parents confirmed, two of whom spoke publicly with Megyn Kelly about the abuse.

Duggar later admitted that he had a pornography addiction and was unfaithful to his wife, after Ashley Madison was hacked and it was revealed that Duggar paid a total of nearly $1,000 for subscriptions to the sex website.

Duggar and his wife Anna are expecting their fifth child.