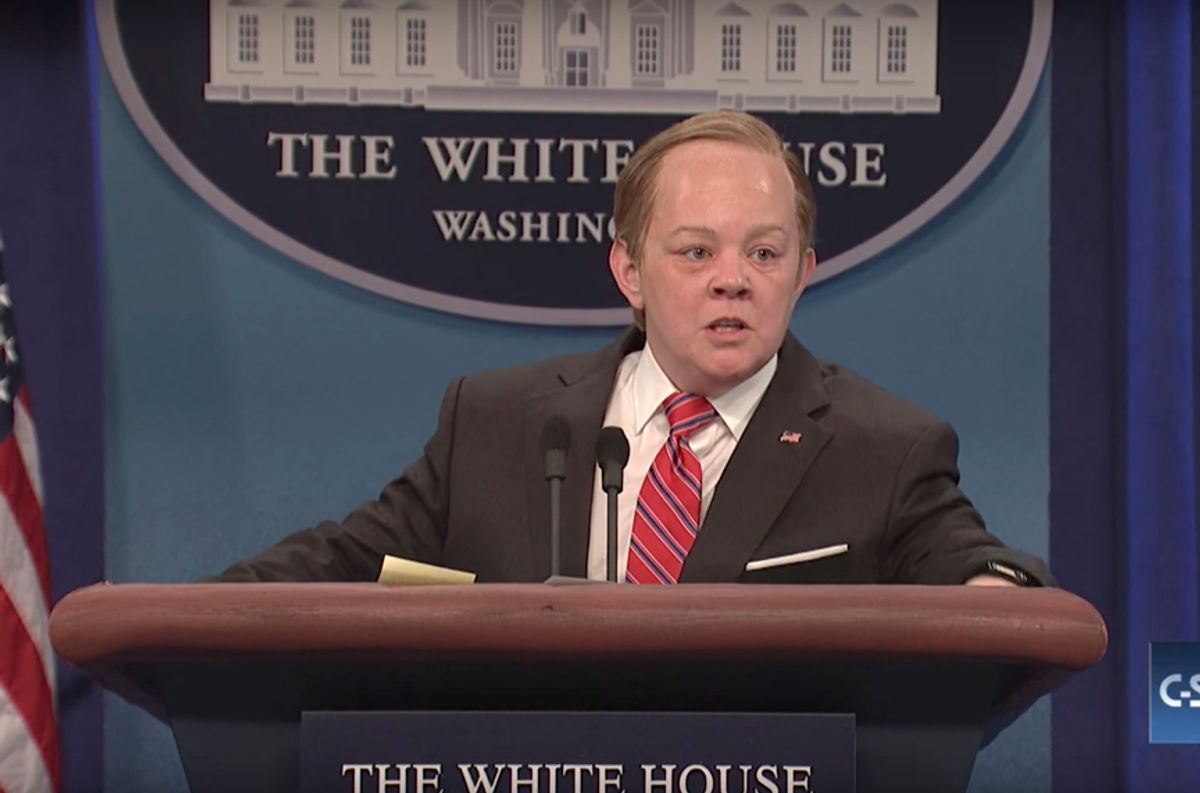 Recent award shows have not shied away from the current political climate, taking the divisiveness head on in speeches and skits. The Emmy Awards next week promise to be no different. In fact, the Creative Arts Emmy Awards on Sunday — a preview of what's to come — embraced politics hard.

Melissa McCarthy won an award for Outstanding Guest Actress in a Comedy Series for her impersonation of former White House Press Secretary Sean Spicer — an impersonation that not only garnered laughs and praise but may have lessened Spicer's standing in the eyes of President Donald Trump and certainly made the secretary a sad, sad boy.

Dave Chappelle also took home a statue for his post-election "SNL" monologue in which he famously said that he was not surprised by the election's outcome.

Alexis Bledel won an Emmy for her guest role in the timely drama "The Handmaid's Tale" and used her acceptance speech to promote the show’s partnership with Change.org. It was a decision, she said, "to encourage us all to take action . . . sign up, speak up and stay awake."

Backstage, Bledel elaborated on the political theme of her speech and the show itself, according to Deadline.

"It’s really an incredible thing when we are sparking conversation,” she said, "and it’s thought-provoking to stand out in this way." When Bledel was asked what had impacted her the most personally, she said, "I certainly have been listening a lot and have been really engaged in the exchange, and I love that my character is so strong in the face of so much adversity. I just can’t wait to get back to work and play her again."

Just because we brought it up, why don't you sit back and take another look at McCarthy's Spicer caricature below. Couldn't hurt, right?